In the day and age of Instagram, Strava, Facebook, YouTube and Twitter, we are fed a lot of information. By scrolling through any one of these apps, you can find out what people are up to in less than 30 seconds. Never before has society been more connected, but when it comes to your training and health is it all good? 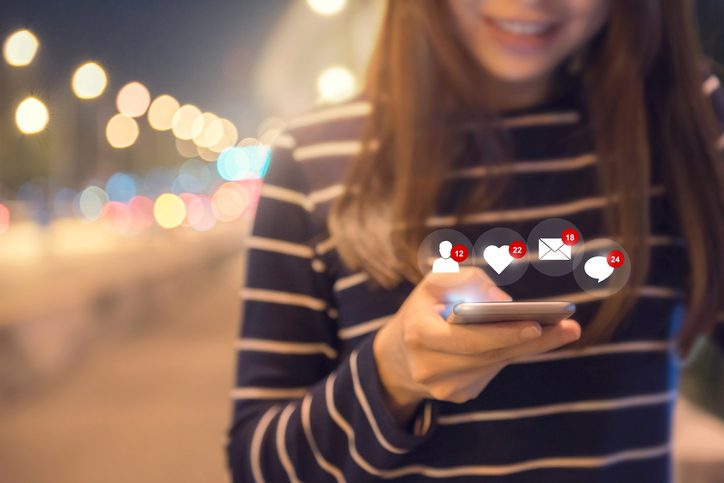 The beauty of social media is that you can share with your friends. You can share your training sessions, a picture you took on the bike or a post-race photo. These posts can be a positive influence. It can inspire others to do the same or make a change in their lifestyle for the better, but it can also lead to a downward spiral of mental health.

Over the winter, I commuted to work on the train. Throughout the 45-minute trip, I didn’t see the passenger across from me look up from their phone once – aimlessly scrolling through Instagram. It was depressing, not only because the person was so absorbed in their “followers” – but because in nine hours, I would be doing the same thing as a commuted home. On these apps, we can portray an image that isn’t always true, and this is extremely dangerous when we begin comparing ourselves to the elites, influencers or people we aspire to be like.

The problem of body image in sport, especially in endurance sport is not new. Being lighter and leaner is something that is often worshiped. “Have you seen ‘x’ pro? They’re so lean and fit.” In an interview with Dr. Paddy McCluskey, Chief Medical Officer at the Canadian Sport Institute in Victoria, British Columbia, for Triathlon and Athletics Canada:

“People wrongly use the physics argument that lighter is faster. What may be true in the controlled world of physics is not true with the human body. They neglect the health deficits associated with getting lighter.”

And in the era of social media, the problem seems to have grown. So, there is an issue, but how do you mitigate the negative influences of it?

1) Reduce your consumption. Limit your time on social media apps. For me, I know Instagram has a negative impact, so I have to monitor my time on it and who I follow. There are numerous screen monitoring applications you can download onto your smartphone or laptop; some are built-in.

2) Delete. Is it too tempting? Delete it, or go on a “social media detox.”

3) Be mindful of who you follow. Is this a positive influence, or do I feel empty when I see photos, activities or posts from this person?

Even the pros aren’t immune to the struggles of social media and body weight. For example, Holly Lawrence, following her retirement from the 2017 Ironman 70.3 World Championship, said she had “fallen into the trap” of having a stricter diet to lose weight before the championship. On her Facebook page, she added that: “Everyone (and I say Everyone!) Told me that I looked super fit.” Without even knowing, the positive feedback (in person and on social media) led to her losing too much weight and affected her health. Lionel Sanders had a similar situation arise before Ironman Mont-Tremblant 2018. “I became too infatuated with getting lighter. I was glycogen depleted and lost five pounds, two days before the race. From the beginning, I felt very weak.’

“To my knowledge,” says Dr. McCluskey, “There is no significant evidence in this area of study that shows that if an already fit athlete loses weight, they will perform better in the long term. What is known and accepted is when you go into an energy deficit to lose weight, your risks of health deficits are exponentially higher than if you maintained your ‘natural, normal’ weight.”

You likely got into sports because you love it and because you enjoy pushing your limits. Hopefully, this article increases your awareness of both the positive and negative influences social media can have on your health.