VO2 max. It’s the measurement we all know and it’s the one we most often associate with endurance performances. The Oxford Dictionary defines VO2 max as the maximum or optimum rate at which the heart, lungs and muscles can effectively use oxygen during exercise. Hence it is most often used to evaluate an individual’s aerobic capacity.

The highest recorded VO2 max came from Norwegian cyclist Oskar Svendsen in 2012 at the age of 18. Physiologist Joar Hansen of University College Lillehammer found the young Norwegian cyclist to have a VO2 max of 97.5 ml/min/kg. Now 25, Svendsen is no longer in the sport professionally, but was the World Junior time trial champion in 2012.

In a study published in the Journal of Human Sport & Exercise (2013), researchers compared the VO2 max values of seven male and female elite triathletes. The results found that on average the group of female triathletes (n=3) had lower values (70.83±5.48 ml/kg/min) than the male group (76.0±6.88 ml/kg/min). The researchers also found that despite being relatively young (20-26 years old), they all had been in the sport for several years (10-18 years). Thus highlighting the significance of repeated training.

There are however other important factors to consider – genetics, training load, coaching and the individual’s psychological approach to training and racing – when evaluating a person’s VO2 max and its prediction of endurance performance.

Nature: Are some more predisposed to being better at endurance events? 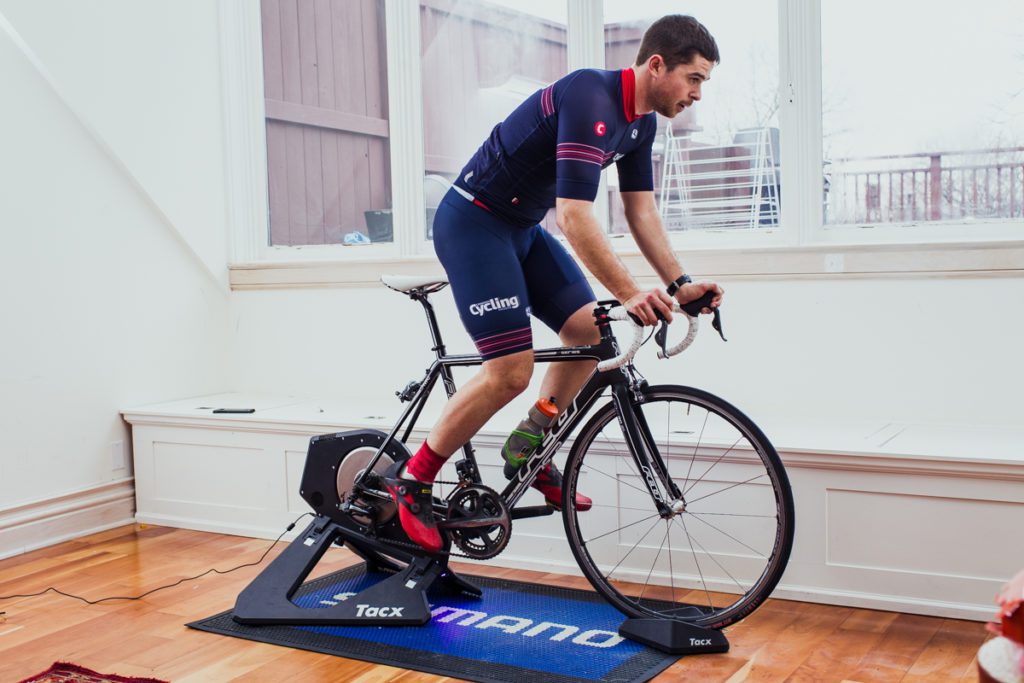 In a review published in the Journal of Physiology (2008), researchers looked to gain an understanding of the physiology of endurance champions. And stated that,

“There are a number of studies showing that key elements of the response to training in sedentary persons is widely variable and has a genetic component (Rankinen et al. 2006). There have also been reports suggesting that common single nucleotide polymorphisms might be over-represented in either groups of elite endurance athletes or in sedentary subjects that respond most to training.”

So, while genetics may predispose an individual to attain a high VO2 or be successful in endurance events, training still has to be executed in such a way that they can perform at a high level.

Nurture: The importance of submaximal values

Incredibly, the outcome of Olympic endurance events are decided at intensities above 85% of individuals VO2 max. Below this intensity, most events require athletes to be relatively fatigue resistant. Take for example the Olympic triathlon, where triathletes compete at such a high level until they either crack due to fatigue or are physically unable to respond to a change in pace. Therefore, it is just as important to consider an athlete’s ability to perform at submaximal (or near maximum) values as it is to consider their maximum.

Related: What is Normalized Power and how do you use it?

In a study published in the Japanese Journal of Physiology (2000), professional cyclists were monitored to record any changes in metabolic and neuromuscular measurements throughout a season. They found no improvement in their maximal measurements, however, they did find a decrease in the accumulation of blood lactate at submaximal efforts. Suggesting that through their training and racing schedule they became or efficient at higher intensities without increasing their endurance ceiling (VO2 max).

While we may hope to dramatically increase our VO2 max with a bunch of training, the likelihood is that we won’t see a drastic change in VO2. However, we will be able to perform submaximal values for longer and be able to perform at higher intensities without creating as much fatigue. In essence, you will become more efficient at performing work without dramatically increasing your maximal values.

It’s also important to remember that a high VO2 max does not always equate success. Take Svendsen, for example. While he may have been a world junior time trial champion, he failed to perform at the U23/senior level. There’s a lot more that goes into a result, such as work ethic, mental preparation, training load, recovery, nutrition, access to resources and coaching, and the desire to compete.

While we may not all be blessed with a VO2 max of 85, we all have the potential to get stronger and more efficient. And most of all, enjoy getting in shape and being outside with others.