As the temperatures begin to reach all-time highs, make sure you stay hydrated before you go out for your training sessions and races. Many triathletes have collapsed in the latter stages of an Ironman. Some have even come close to death. And countless thousands of triathletes have lost precious minutes, even hours, because they’ve had to slow down from dehydration.

Several hundred research papers show that the more sweat and weight loss during an ultra-endurance event like the triathlon, the more drastically your running performance declines.

The rate you lose sweat depends on a variety of factors including temperature, humidity, the intensity of your effort and your individual sweat rate (which is highly variable).

What causes these performance declines when you train in the heat? It’s really a formidable combination of effects on your thermal, cardiovascular, metabolic and central nervous systems that conspire to make you suffer. A drop in blood flow to the muscle, skin and brain; a decrease in blood pressure; and a decrease in oxygen delivery to the working muscles all cause an earlier onset of anaerobic metabolism and hyperthermia-induced fatigue, which slow you down. 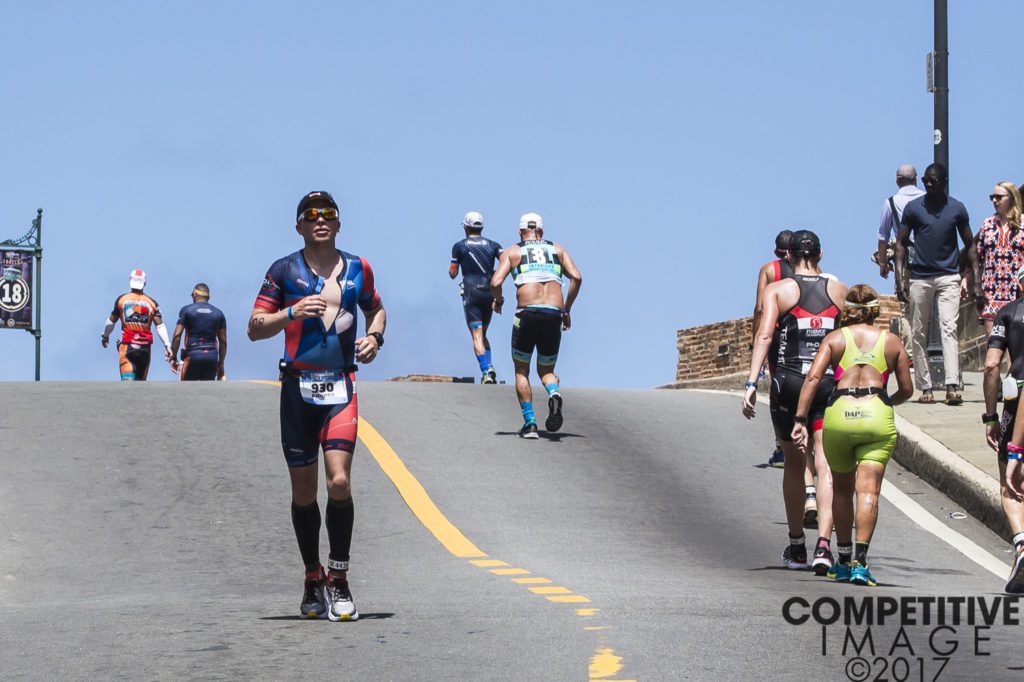 How much should we be drinking?
Generally, exercise scientists agree that we need to rehydrate at a rate not exceeding a loss of two percent of body weight loss. This is very difficult because we simply can’t ingest water quickly enough to replace our sweat losses. Our stomach can only hold 900 to 1,300 ml, or 30 to 44 ounces, and we can only empty about 800ml/hour while exercising. Large volumes of excess water pool in our gastrointestinal tract, sloshing around and causing gastric discomfort, nausea, even vomiting.

How frequently should we drink?
It’s important to keep drinking at regular intervals during your triathlon at a rate that replaces fluid loss, around 400 to 800 ml of fluid per hour. This averages out at roughly five to seven ounces, or 250 ml of fluid, every 15 to 20 minutes.

Post-Race and Post-Training Rehydration
Many studies show that carbohydrates consumed immediately after and two hours after exercise enhances muscle glycogen restoration. This is most effective if ingested from a fluid, as fluid is absorbed faster.