Read this story in French.

Devices that measure heart rate variability (HRV), such as Whoop and the Oura Ring, are becoming increasingly popular. Just like any  tool, these devices are only useful if we understand what they measure and are able to use the information that the instrument provides intelligently. Here is a brief overview of the autonomic nervous system and the different measures associated with the autonomic nervous system.

The autonomic nervous system is divided into:

HRR can be a good clue to an athlete’s fitness. Indeed, a rapid return to the frequency of rest  following an effort is an indicator of a high state of fitness. For example, HRR has been shown to decrease (so recovery time is faster) after eight weeks of training in untrained people. Also, when we compare untrained people to athletes, we notice that the HRR is better in athletes.

In addition to being a good indicator of fitness, HRR is also a good indicator of recovery status. Indeed, in periods of overload (overreaching or even  overtraining) the recovery time of the heart rate following an effort increases, which means that an athlete should consider reducing the training load or taking a day of rest. 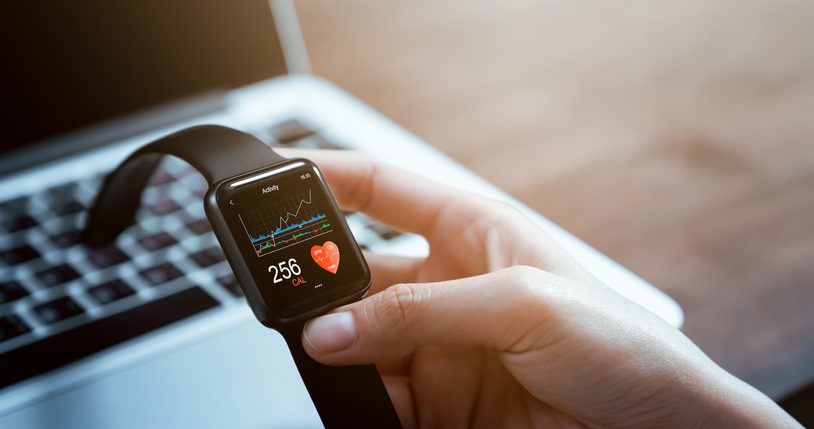 How to measure HRR

There are several ways to measure HRR. It’s important to use the same test each time to see if there is actually an improvement or deterioration in HRR. The important thing is not to use a fixed intensity, for example a wattage on a bike or a speed in running, but rather to use a relative intensity as a percentage of the maximum heart rate. For example, you can measure the decrease in heart rate during a period of one or two minutes following a five-minute effort at an intensity between 90 and 95 per cent of the maximum heart rate. So, depending on your state of fitness, the intensity (wattage or speed) corresponding to 90 to 95 per cent of the maximum heart rate will vary, which makes it possible to really determine the improvement or deterioration of your HRR  without it being affected by the intensity of the effort.

Resting  heart  rate (RHR) is also a good indicator of fitness status, as well as the level of recovery or overwork. Also, a high resting heart rate is an index of high risk of cardiovascular disease and is a better clue than a small change in heart rate.

Although HRV is a relatively simple measurement, there are several ways to measure heart rate variation, which makes this measurement more complex and makes it more complicated to compare HRV values between different devices. Also, several devices that measure HRV do not indicate the method used for measurement, or whether the data is measured in the morning when waking up, or at night when sleeping. If, for example, HRV is measured during sleep at a specific time rather than taking an average for the entire night, the measurement may be affected by the sleep cycle (deep or mild). So all these factors complicate the measurement of HRV. It does remain an interesting and relevant measurement, though.

HRV is affected by acute training – either hard sessions or a big block of training. (Psychological stress also affects HRV). A high HRV is  indicative of an increase in parasympathetic activation and a decrease in sympathetic activity – that means an athlete is in good shape and is ready to perform. A decrease in HRV is indicative of fatigue. A low HRV is not necessarily bad, since it means that the athlete has a good training load and is accumulating fatigue, but if  the HRV remains low for a very long period of time, it may be indicative of a period of  overload – too much training and/ or not enough rest.

In short, heart rate recovery, resting heart rate, as well as heart rate variability are all interesting measures that can give a good idea of an athlete’s state of fitness and  recovery. Personally, I use the Whoop bracelet and I am as interested in HRV as I am in resting heart rate. However, it reminds us that these measures are tools to guide our training, and that we should not rely 100 per cent on these measures. For example, it  is also important to take into consideration the perception of effort, the perceived fatigue at rest and during training, and the level of motivation. All this information should be considered, rather than relying solely on a single measure.