As a junior in high school, I was on an easy run with the track team. About halfway into our run, we came to an all-way stop. We made eye contact with the driver, slowed down to a shuffle, assumed we had the right to go and gave a wave out of appreciation. Seconds later, we found ourselves sprawled across the road. A friend of mine went flying over the hood of the car, while I got hit head-on and ended up in the centre of the intersection. Amazingly, as we picked ourselves up from off the ground, a cop rolled up to the scene and started making notes of what happened. 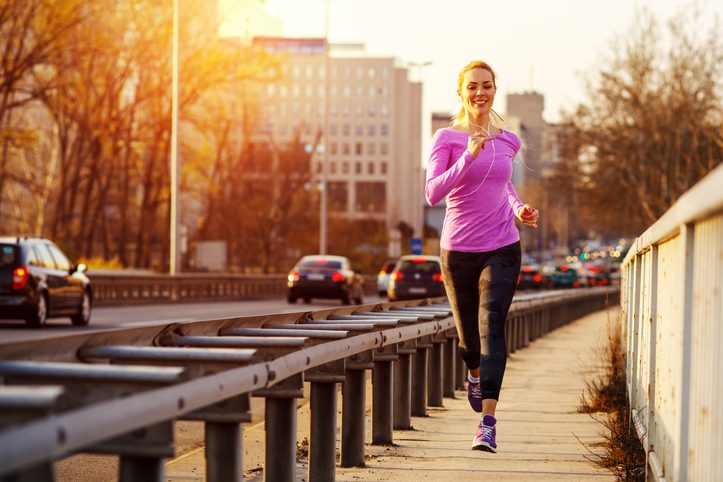 Related: Break out of winter with a 5K road race

All that to say, spring running is great, but it’s also dangerous. It’s been a long winter, and drivers – and runners – aren’t used to having to deal with other external factors on the road. Here are seven tips to staying safe this spring:

At the very least, wear reflective gear. If you go to any running store, you’ll likely find a wide variety of lights and reflective equipment you can purchase. Use this gear in the morning and during sunsets (plus, at night).

This may not prevent you from getting hit, but it will add some safety. Having a running buddy will not only give you someone to talk to, but two runners are more likely to be seen than one.

Related: Tips for joining a tri club this fall

When we bike, we ride with traffic. When you run, run against traffic. And if a clear sidewalk is available, use it.

It doesn’t matter whether you’re finishing an interval or on an easy run, when you come to a road crossing, stop. Trust me. It’s better to be safe than sorry.

6) Tell someone your route

If you aren’t doing to carry a phone with you, then tell someone where you’re going and how long you’ll likely be.

Related: How to be a triathlete on Strava

7) If you do run at night after work, run on well-lit roads and paths