As she pointed out in a recent Youtube video, British Triathlon reached out to long-distance triathlon star Lucy Charles-Barclay last year to see if she had any interest in pursuing shorter-distance racing. It was to be the beginning of a whirlwind early-season that saw the 27-year-old finish second at Challenge Miami, then surprising many in the triathlon world with another second-place finish at the Super League Triathlon Arena Games London, then impressing us all one more time with a runner-up finish at the British Swimming Trials in the 1,500 m, marking a return to competitive swimming after retiring from the sport in 2013, a year after missing out on a chance to compete in the 10 km open-water swim at the London Olympics.

After the jump to a full-fledged sprint triathlon event followed by a hard-core swim race, Charles-Barclay was told by British Triathlon that the chances of getting her into a World Triathlon event were really slim, so she headed to Lanzarote for a five-week training camp. Then, a few days before that long-distance camp was coming to an end, she learned that she’d got into the World Triathlon Championship Series (WTCS) Leeds race. That set her off on a crash-course in bike handling and transition skill training.

“I don’t think I’ll ever be done with the Olympic dream,” she said in an interview earlier this spring. “When you grow up as a child and everything that you’ve ever wanted is to make it to an Olympics – as an eight-year-old that was what I wanted. I’m now nearly 28 and I still want that, so I think with the Olympics there might be more of a time limit for what’s possible and qualifying and doing a good race at that distance, whereas I think with Kona my window for doing well and winning that race is a lot bigger. If I wanted to do anything with the Olympics it would have to be more in the short term, in the next three years probably. It’s a shorter cycle to Paris – I’m not ruling it out, I’m going to explore that avenue.”

Charles-Barclay remains very focussed on the Ironman World Championship in October, looking to move up a spot after her three-straight runner-up finishes from 2017, 2018 and 2019. After the race in Leeds she’ll compete in the 1.8 km/ 60 km/ 15 km Dorney Triathlon a week later, and has another half-distance race on her schedule, the Outlaw Half Holkham on July 4. 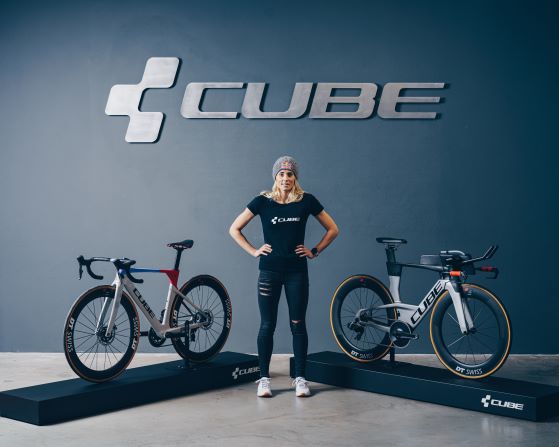 Lest you think that she’s not serious about long-distance racing, earlier this year we learned that Charles-Barclay had signed with Cube Bicycles, a move she says is an important one as she looks to go after the win in Kona and, next year, a Sub8 full-distance race along with Nicola Spirig.

“Small margins make huge differences,” Charles-Barclay said. “Cube, as a brand, were willing to work with me on all of those small things. I see it as a full partnership where we’re working together to create the fastest set-up for racing.”

As you can see in the photo gallery below, Cube built custom-made armrests for Charles-Barclay. While she’s been spending lots of time dialing in her aero position, Charles-Barclay won’t be in the lurch for a draft-legal bike – in Leeds this weekend she’ll be riding the company’s Litening C:68X road bike. 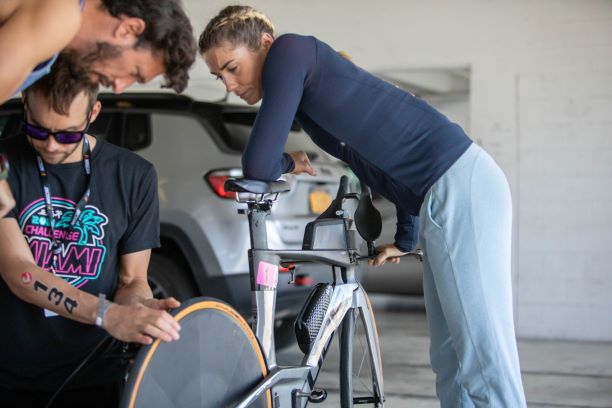 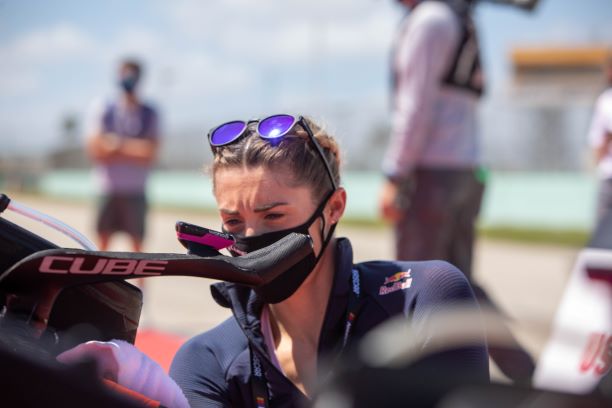 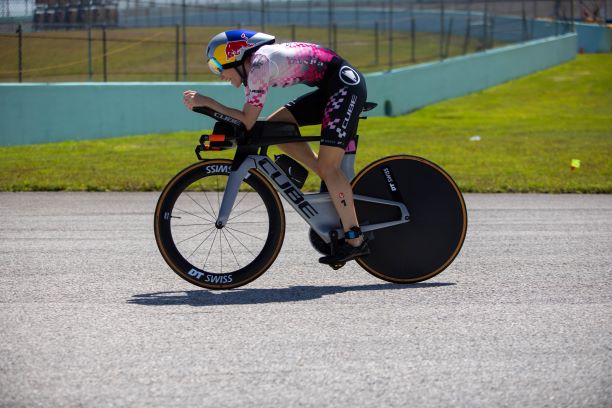 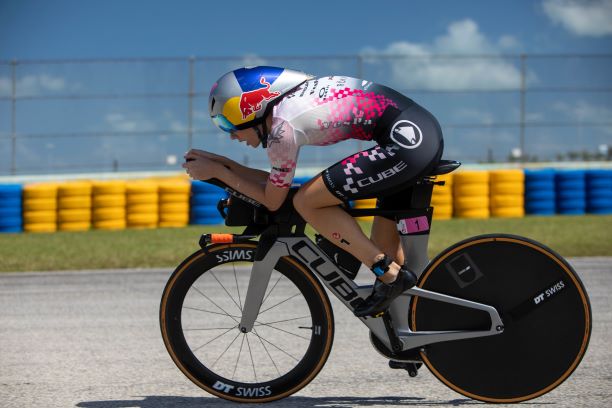 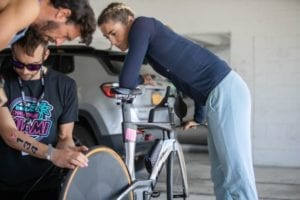 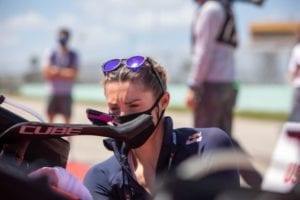 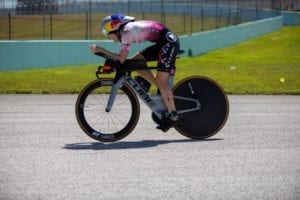 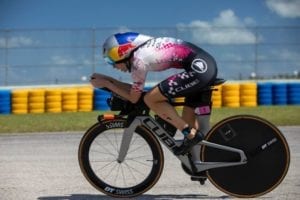