Four years ago, when Bob Knuckey competed at the Ironman World Championship in the 65 to 69 age category, he finished the race in 12:01. That minute appears to have haunted him ever since, because this year he made it abundantly clear that he intended to get to Kona once again and finish under 12 hours. If he could achieve that impressive result he’d become the first 70-year-old athlete to ever break the 12-hour barrier in Kona.

Knuckey nailed his Kona slot at Ironman Texas, then set his sights on the big day in Kona. The former teacher spent much of the year training between 15 and 20 hours a week, honing his skills with the coaches and his teammates at Caledon’s Canadian Cross Training Club.

Enjoying the near-perfect conditions the 2018 Kona race offered, Knuckey blasted through a 1:18:13 swim, followed that up with a 5:47:38 bike and then ran the marathon in 4:38:38. Despite a fall in the last 400 m that left his face bleeding as he crossed the line, Knuckey finished in 11:55:54. It was also the first time he’d ever beaten one of his rivals, Switzerland’s Hermann Hefti.

Knuckey works at a ski club through the winter and attributes some of his triathlon success to all the snow he has to shovel through the winter. We’re not sure that shovelling snow is the perfect training regimen for Hawaii success, but we are sure that Bob Knuckey’s feat in Kona is one that will stay in the record books for a while. 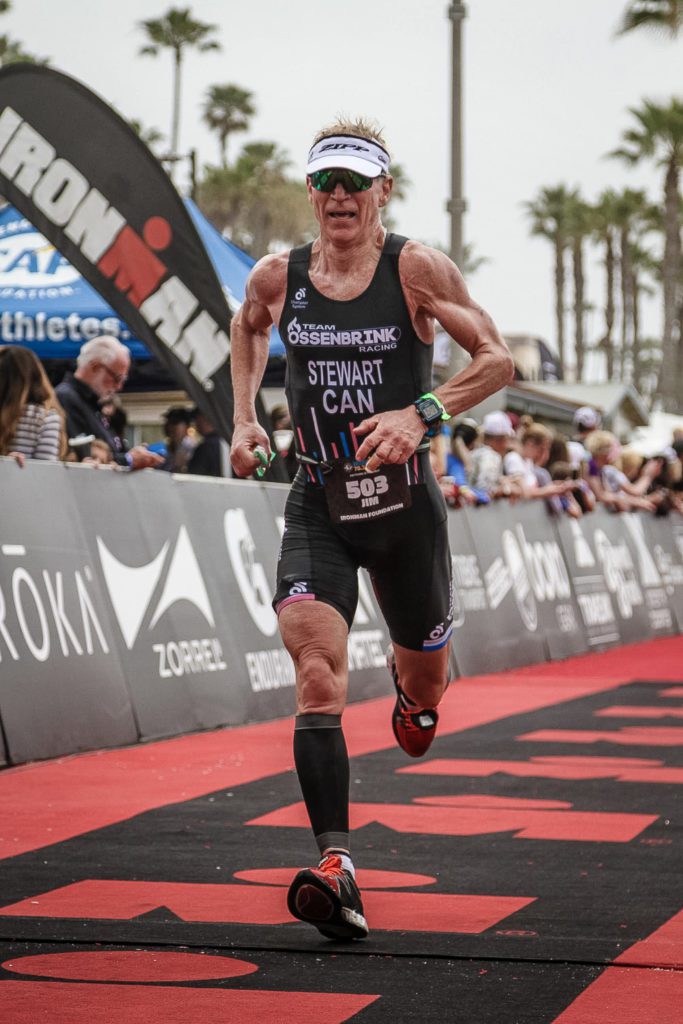 It’s been quite a year for the over-65 men on the international scene here in Canada. In addition to Bob Knuckey’s Kona world title, Surrey, B.C.’s Jim Stewart added another world title to the 60 to 64 title he earned in 2014, capturing the 65 to 69 title in Fyn, Denmark at the ITU Long Distance World Championship. As he was four years ago, Stewart was the only Canadian world champion at those championships. 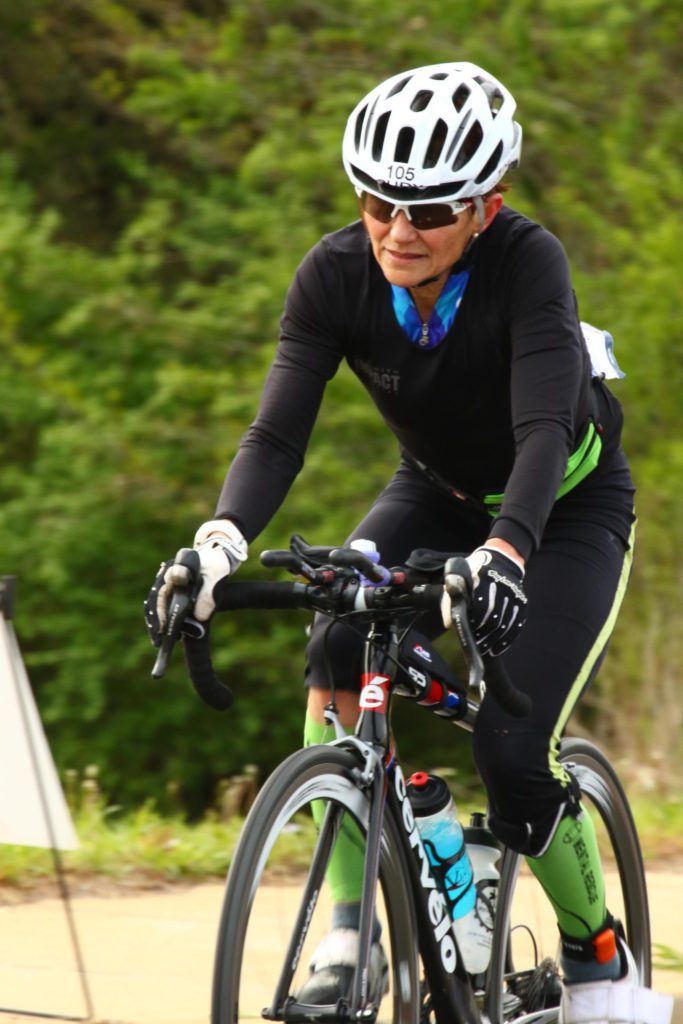 Edmonton’s Margie Ritchie is no stranger to world titles, and the breast- cancer survivor added another two to her impressive resume this year with a win at the Grand Final in Australia, along with a world duathlon title in Fyn, Denmark.