There might not be any racing happening these days, but Lionel Sanders managed to make a training effort up to the top of Mt. Lemmon more than competitive as he maintained his Strava KOM for the climb and topped the list in some other segments, too.

While the race season is on hold because of the Coronavirus COVID-19 Pandemic, athletes are still training and, as we learned in a video posted by Lionel Sanders on his YouTube page yesterday, still finding ways to compete.

Sanders set out to see if he could set a new PR for the climb up Arizona’s famed Mt. Lemmon. He already owned the Strava KOM for the full climb up to the top of the mountain. The Windsor, Ont. native managed to maintain his KOM status for that climb, while also breaking Phil Gaimon’s Strava record for the “Mt. Lemmon Official” segment by over three minutes.

Sanders maintained his effort of over 382 watts through an even longer segment.

Here’s a screenshot showing the full ride – Sanders climbed just under 6,000 feet and had a weighted average power of 367 for the full 47.4 km of riding. 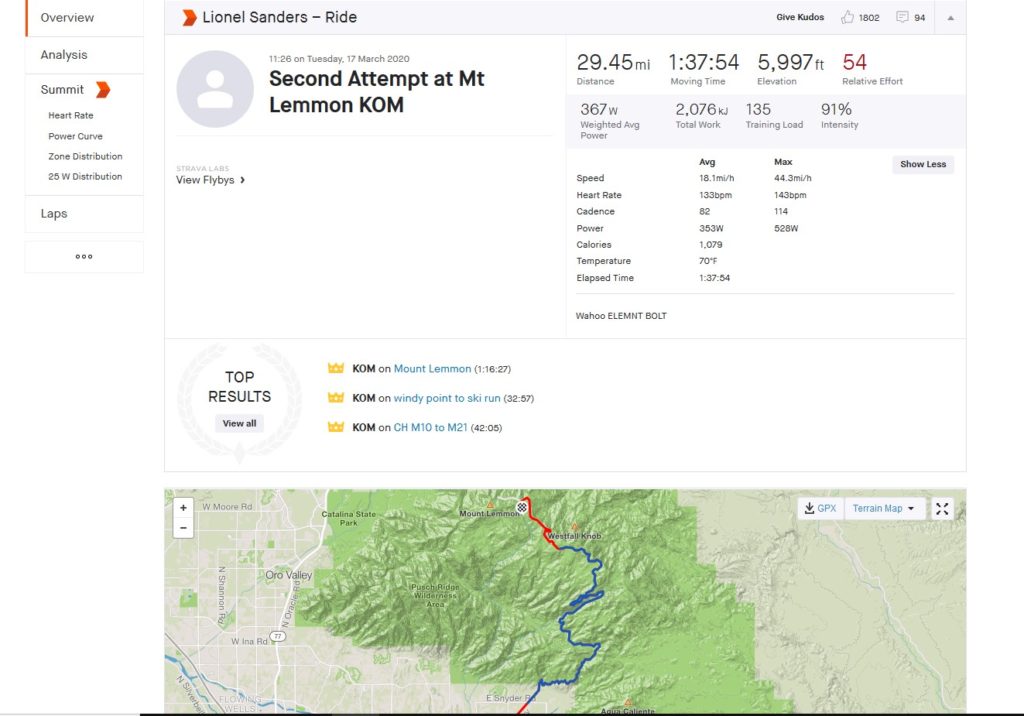 While racing might be on hold for the next little bit, it would appear that Sanders will remain as competitive as ever as he waits for a chance to prove his fitness in a race.