Between homeschooling kids, trying to get your work done and attempting to maintain a relative level of normal, daily exercise has taken a back seat in some people’s lives. While this is completely understandable, athletes should try their best to fit in some activity even once or twice a week, new research shows. 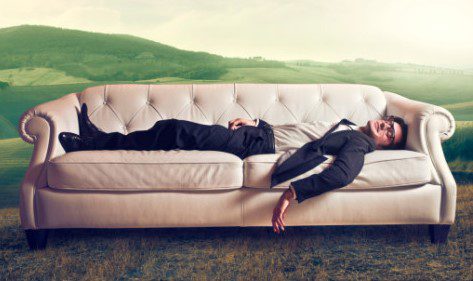 A recent article published in The Journal of Medicine and Science in Sports and Exercise found that muscle atrophy happens quickly, as quickly as two days after leg immobilization. Researchers discovered that after only two days of inactivity, the thigh muscle was smaller in size and continued to shrink at a similar rate over the next five days. It’s important to note that not all parts of the body lost muscle at the same rate, for example, the participant’s thighs showed more atrophy when compared to their hamstrings.

With #covid19 #lockdowns extended in many countries, you’re starved of exercise training. What happens to fitness & physiology with detraining? How much do you lose, how fast & can you prevent or slow it? Here’s a talk I gave exploring those Qs: https://t.co/QQG99t8det #corona

The study’s participants were immobilized with a knee brace–a pretty extreme example of inactivity levels. Unless a runner has severely injured themselves, it’s unlikely that they’re completely immobile for an entire week. However, the message is still important–muscles atrophy quickly, so it’s important (when possible) to maintain some level of activity. Whether it’s a HIIT (high intensity interval training) circuit, a lunch walk or a quick run, we’re encouraged to move at least a little bit every day.

But what about running fitness?

Paula Schnurr is a two-time Canadian Olympian over 1,500m and a coach at McMaster University. She says that runners take roughly seven to 10 days to start to lose their fitness. “From my experience as an athlete and coach, if you lose a few days of training you can feel less sharp and your rhythm may be slightly off.” She continues, “You haven’t lost a lot of fitness if you have only been off for a week or two, you just may feel a little sluggish and not as sharp.”

Author and scientist Ross Tucker recently published a video explaining the detraining process, specifically as it pertains to endurance athletes. Tucker echos Schnurr’s assessment with a few additions: “All the systems that improve with training, will now reverse with the stimulus [your daily run, for example] withdrawn, removed, or reduced.” He also reminds runners that their current level of fitness, training history, and genetic factors will all impact how long and how quickly they’ll lose that fitness. For example, avid runners will maintain fitness levels longer than those who just took up the sport a few months ago.

But Schnurr reminds runners and triathletes that a break can actually be a really good thing. “When you are training and running all year round, it can be tough to compete at your best and accomplish your goals if you don’t take a break at some point. You need to recharge your batteries in the body and the mind. It helps to keep the fire going and keep motivation levels high.” The former 1,500m runner also says that it’s much better to take a break on your own terms, as opposed to a forced to rest because of injury.