James Loaring of Loaring Personal Coaching has earned Triathlon Canada’s 2015 Age-Group Coach of the Year award from Triathlon Canada. TMC caught up with Loaring to hear about what makes him and LPC unique and what they have planned for 2016. 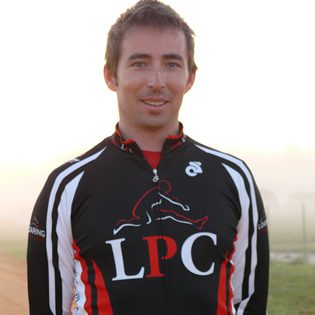 After his first triathlon in 1993, James Loaring was hooked. Immersing himself in the sport, he founded Loaring Personal Coaching, initially a part-time coaching service based in Guelph, Ontario. Since then, the company has grown in size, adding a team of coaches and more members and becoming a full-time venture for Loaring as of 2008.

Loaring Personal Coaching has different branches. Their primary focus has always been individual coaching but they offer a club for group training, various clinics throughout the year, a training camp in Clermont, Florida among other services. A few years ago, the club became sanctioned through Triathlon Ontario and its member count has been on the rise since then. With around 75 current members, Loaring and his team of coaches (includng pro Alex Coates) are busy year-round helping their athletes meeting their personal goals in the sport.

Alex Coates loves being part of the LPC family. “James has been a great mentor for me since joining LPC’s coaching squad” she says. “He manages the large group of athletes in such a relaxed and fun manner, which allows everyone on the team to find enjoyment in hard work.” She says that even through LPC’s individualized online coaching, Loaring fosters “a strong sense of community within the team.”

“We’re lucky to have such a diverse group of triathletes,” says Loaring. “Almost half our team lives in the Guelph area but we have athletes abroad from as far as Germany and Australia. Our athletes race in different formats, with different goals. Some come into the club looking to complete their first try-a-tri and others have their sights set on Kona. We love being able to help each individual get to where they want to be.”

With 10 coaches and 50 campers, LPC’s Clermont training camp is always a highlight of the year. “We have many different athletes come together for the week. Lionel Sanders joins us and we have plenty of beginners.” The team bonding and hard training that goes on during that week no doubt played into the club’s greatest accomplishment of 2015 — winning the Triathlon Ontario Club Championships for the second year in a row.

Beyond creating a team that fosters strong individual development, Loaring’s passion for supporting non-profit causes close to his heart distinguish him as a remarkable coach. “LPC began fundraising for breast cancer research well over a decade ago,” he says. “We have raised over a quarter million dollars.” Loaring chose the cause in honour of his late mother.

Since then, LPC’s support has switched gears as Loaring identified a need within the triathlon community. He

started the Hurdle Project, a “non-profit fundraiser and support program for elite athletes, future elites, and young professionals who dedicate themselves to their work as well as their sport.” While bodies like Triathlon Canada and the provincial triathlon associations support up-and-comers in the sport, the Hurdle Project offers a unique opportunity for the young athletes to receive discounted coaching, equipment and services as part of LPC.

With so much on the go, Loaring has no plans to slow down any time soon. When asked about his goals for LPC in 2016, he told TMC he’d like to go for a three-peat by winning the Triathlon Ontario Club Championships again. With his focus always on each of this athletes, he’s excited to watch them reach for ITU world championships and Kona this year.