In just under two weeks Cody Beals will be competing at Ironman Florida, which means he’ll get in at least one full-distance race during this race-shortened year. Today we celebrate time trial Tuesday with a look at the three-time Ironman champ’s Ventum One. The photos are from September’s Canadian Professional Championship. Competing over the standard (Olympic) distance against some of the premier middle-distance and draft-legal racers in the country, Beals took sixth. 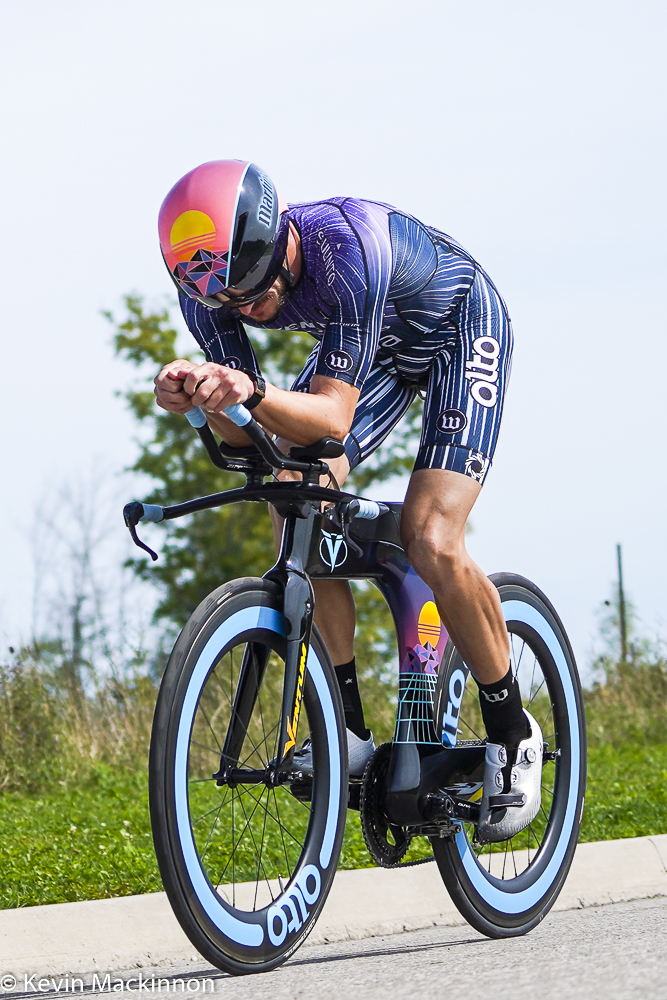