Training with less intensity isn’t something that most triathletes aspire to, but there is scientific evidence suggesting that you should. Spending too much training time at moderate or high intensity might give you bragging rights. However, there’s a good chance it will harm your race performance.

American exercise physiologist Stephen Seiler analyzed the training methods of elite endurance athletes back in the early 2000s and found that 80 per cent of their training was done at low intensity and just 20 per cent was performed at medium and high intensity. Testing this rule on average athletes showed improvement, even for those who worked out as little as 45 minutes a day.

According to authors Fitzgerald and Warden, this approach will transform your triathlon experience, make your workouts more comfortable and enjoyable, enhance post-workout recovery, reduce injury risk, accelerate fitness development and take your race performances to a whole new level.

“Exercise physiologists place the border between low and moderate intensity at the ventilatory threshold, which is the level of exertion at which the breathing rate spikes,” write Fitzgerald and Warden. If you are a typical trained triathlete, this point will be around 78 per cent of your maximum heart rate so anything below that is a low-intensity workout.

Eight common barriers keep triathletes stuck in a rut of moderate workouts. One of these, intensity blindness, is the tendency to perform at a “preferred pace” rather than at a low intensity. An individual’s preferred pace is usually slightly above the ventilatory threshold and, therefore, not truly in the low range. Overcoming this barrier requires objective measures for accurate monitoring and control.

Every triathlete that Fitzgerald and Warden coach is put on the 80/20 program and every athlete has positive results when they follow the plan, like Billy Hafferty. He was having trouble qualifying for a world championship by training hard, but was experiencing a decline in performance. Describing his previous low-intensity training as “before, my easy days were just kind of whatever,” his perception of low intensity was off target.

Previously, Hafferty was cycling at a low intensity just 50 per cent of the time, then it increased to 61 per cent and then rose to 78 per cent in the lead up to his breakthrough race. “He had no idea that he was doing so much of his training at moderate intensity and no clue how much it was holding him back before he came to us,” write Fitzgerald and Warden.

To get comfortable with the difference, the authors suggest a “week of slow” to experience swimming, cycling and running below your ventilatory threshold. This helps to recalibrate your perception of effort, break the habits surrounding moderate intensity and experience a taste of the benefits.

An interesting history section challenges the long-held perceptions that triathlon is only defined by intense effort. Impeding the evolution of better training methods were those triathlon pioneers whose mindset was more adventure-seeking than competitive. In 1983, a newcomer, Mark Allen, found the punishing combination of high volume and intensity wasn’t tolerable.

With a classic “less is more” philosophy, the book provides many options for work out plans that slow you down in order to achieve your greatest performance in triathlon. 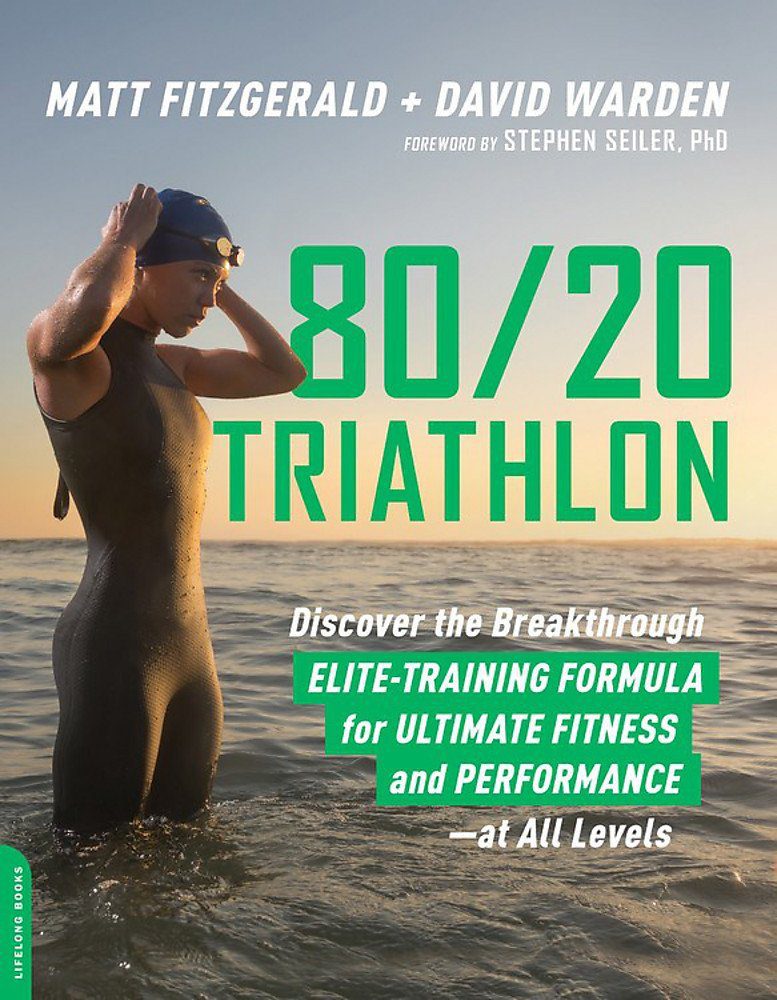