Global online training platform Zwift has announced a new weekly professional triathlon series that will be open to the over 200 pros who are “part of the Zwift pro triathlete community.” 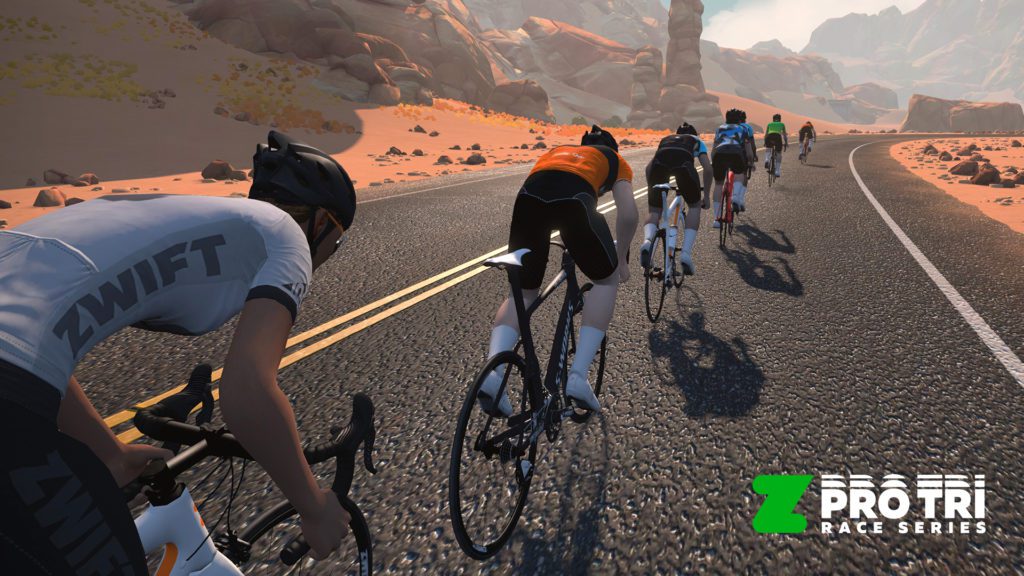 As athletes around the world try to figure out how to maintain their fitness and motivation during the coronavirus COVID-19 pandemic, more and more have been turning to indoor training platforms like Zwift. Last weekend Ironman saw participation in its new VR race series double and the company has has hosted two professional virtual reality races using Rouvy as part of the Ironman VR Pro Challenge. A week ago we reported on Lionel Sanders’ impressive win during an an exhibition online event over cyclocross world champion Mathiew van der Poel.

The new race series kicks off tomorrow at 10 AM Eastern, with the women starting at first and the men heading off 45 minutes later. The two-lap, 23 km race will be around the Astoria Line 8 circuit on Zwift’s New York. The races will be broadcast live on YouTube and will be hosted by Matt Lieto and Sean Jefferson.

The release from Zwift cryptically says “we won’t know for sure until the start who will be joining the races,” but that “rumoured to be starting will be Lionel Sanders, Tim Don, Marten Van Riel, Holly Lawrence, Lucy Charles-Barclay and Flora Duffy.”

You can read the full release from Zwift here.