TMC and Triathlon Canada Elite Triathlete of the Year

Imagine that you’re competing at the 2016 Summer Olympics. You’re gearing up to swim 1,500 meters, cycle 40 kilometres, and run 10 kilometres against many of the best athletes in the world.  You’re only 21 years old, making you the youngest triathlete in the field.

And, oh yeah, you have a broken leg.

Winnipeg native Tyler Mislawchuk knew that he had had a lot of pain that day in Rio.  He just thought it was some kind of muscular problem.  “I remember finishing up the race, and I could barely walk,” said Mislawchuk. “I got it scanned pretty much right after the race. I had a broken leg from a stress fracture.”

Despite finishing 15th out of 55 competitors, the now 24-year-old says that he’ll always look back on Rio and wonder what could’ve been. “I’ll always remember those games as being special and something I’ll never forget,” said Mislawchuk. “But I’ll also always think in the back of my head, probably until I’m a very old man, about what would’ve happened if I would’ve been healthy, and play that over and over in my head.” 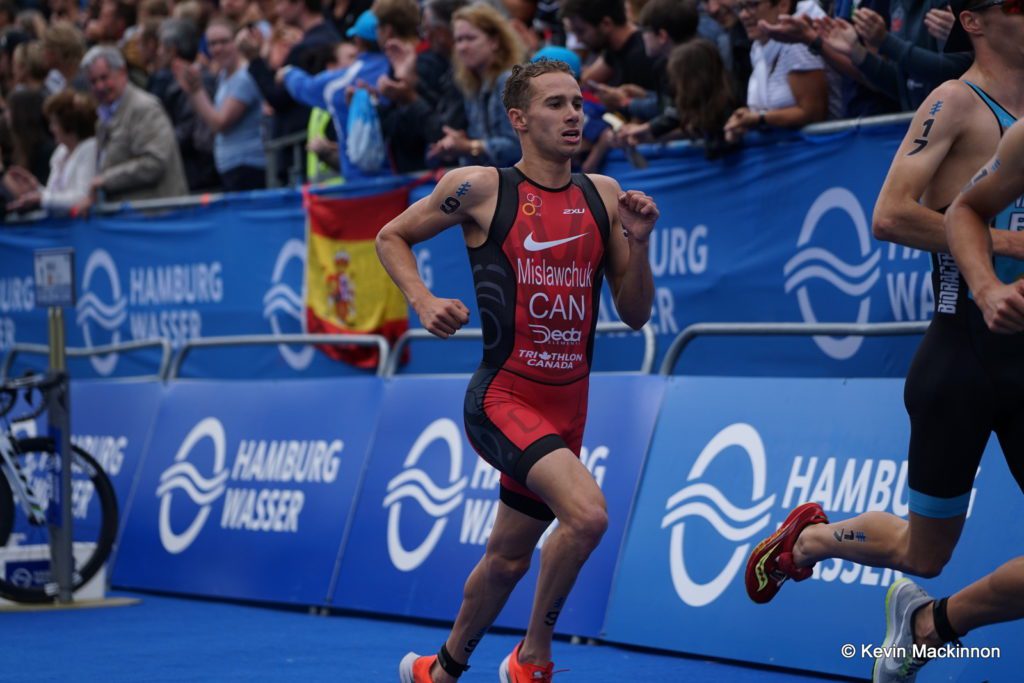 Injuries are nothing new to the five-foot-eight Canuck. In June 2013, Mislawchuk participated in his first World Cup triathlon event in Edmonton.  He was extremely nervous, but was able to get off to a great start.  “I got out of the water in the top-five right behind some Olympic athletes so, for me, that was already a dream come true.”

Unfortunately, he didn’t have the best companions on his bike ride.  You know those people that are too uncoordinated to successfully complete a high-five or a fist bump.  They were cycling right in front of Mislawchuk. “Two guys decided that they were happy with how the race was going, and decided to fist bump.”

It was not successful.  One cyclist knocked the other one over.  Mislawchuk, just behind them, went down as well.  He broke three ribs and suffered a quad contusion.

In March 2014, Mislawchuk took part in his second World Cup event in New Zealand. On the cycling portion of the race, the bikers ahead of him once again fell, forcing Mislawchuk to tumble to the ground.  He ended up being runover by the cyclists behind him.

This time, the damage was even worse:  A broken jaw. He spent a week in a New Zealand hospital, undergoing facial surgery and dental surgery. He had screws in his jaw for four of five weeks and was unable to eat solid food.

Of course, Mislawchuk persisted.  He placed fourth in his very next race in the Netherlands, just over two months after breaking his jaw.  “How I get rid of bad thoughts isn’t necessarily thinking positive thoughts, but I think about the process,” said Mislawchuk. “As soon as I broke my ribs in Edmonton I was asking the doctor, ‘How soon can I train?  How soon can I just get back?’”

Luckily for the Canadian, he hasn’t had to deal with any hazardous fist-bumps in 2018, his most successful year to date.   In late March, Mislawchuk finished fourth in New Plymouth, the same race where he’d broken his jaw four years earlier.

In May, he placed fourth again, this time at the ITU World Triathlon Series (“WTS”) event in Yokohama. “I’m not a crier, but I had tears in my eyes after that race.” He’d had top-five finishes before.  But never in any of the prestigious races that make up the WTS. “It (crying) wasn’t because of that specific race.  It was just something I’d been believing that I could do for years.  I was finally on the path to it.”

In June, he earned his first podium finish at a World Cup event with a third-place finish in Antwerp. Mislawchuk capped off his career year with a bronze medal in the men’s Equalizer at the Super League Triathlon in Malta in October.

The Winnipeg Jets fan finished the season ninth in the WTS Rankings, the first time a male Canadian has finished in the top-10 of Rankings since the ITU World Championships were formed. It certainly didn’t come easy. “I train seven days a week,” said Mislawchuk. “I may get an off day once a month or once every two months.”

His daily training routine consists of two to four sessions a day. “It could be two runs a bike and a swim, or it could be run, bike, swim, weights, or two swims, a run, and a bike.”

In addition to non-stop training and his own race schedule, Mislawchuk also represented Canada in mixed relay Olympic qualification events in Nottingham, Hamburg, and Edmonton throughout the year. 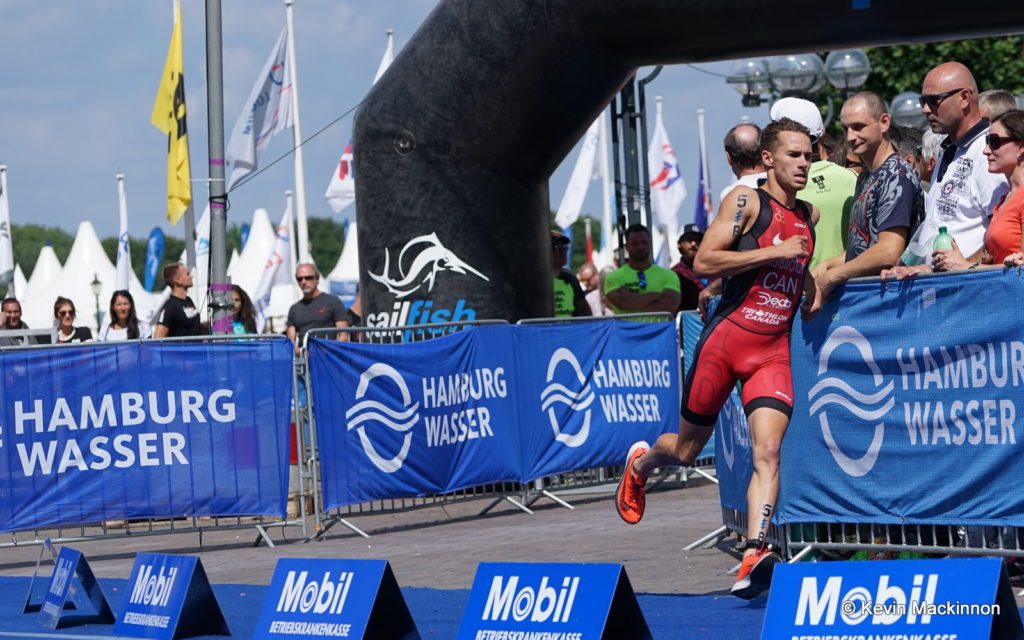 The mixed relay event, with each team comprised of two men and two women, will make its debut at the 2020 Olympics.  The self-described coffee enthusiast likes Canada’s chances. “I think Canada has a good shot at winning a medal in the relay.  It would be with some of the athletes I’ve been in the sport with for five or six years that are really good friends, so I think it would be special.”

Going forward, Mislawchuk knows what he needs to do to continue rising up the World Rankings.  “I’m just off the top guys in the world.  Just off in the swim, the bike and the run. We’re talking percentages in all sports.”

Even if he’s able to trim seconds – or milliseconds – from his time, Mislawchuk will likely struggle to be completely fulfilled by his accomplishments.  “I’ll probably never be completely satisfied with whatever I do in the sport because I’m the type of person who always wants that little bit more.  I’m very critical of myself.”

Still, as long as he always pushes himself to the limit, he’ll be able to walk away from triathlon one day with some level of contentment. “When I do hang it up, I want to be able to say ‘I absolutely gave everything to the sport, I left no stone unturned, and that was the best I could be.’”