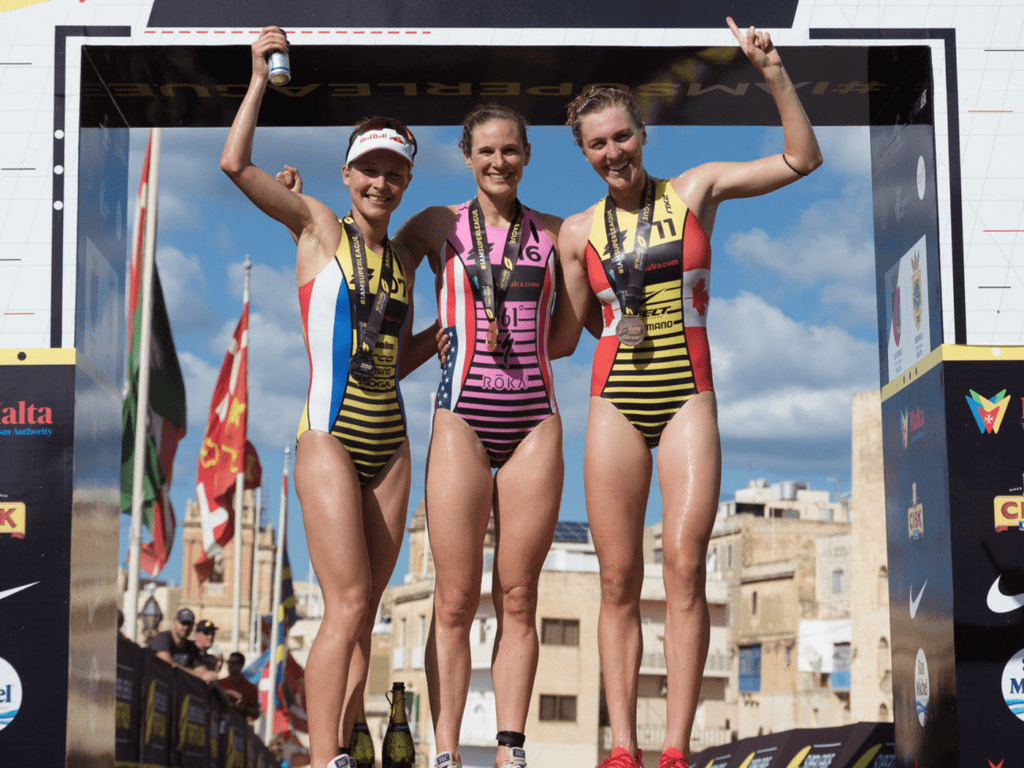 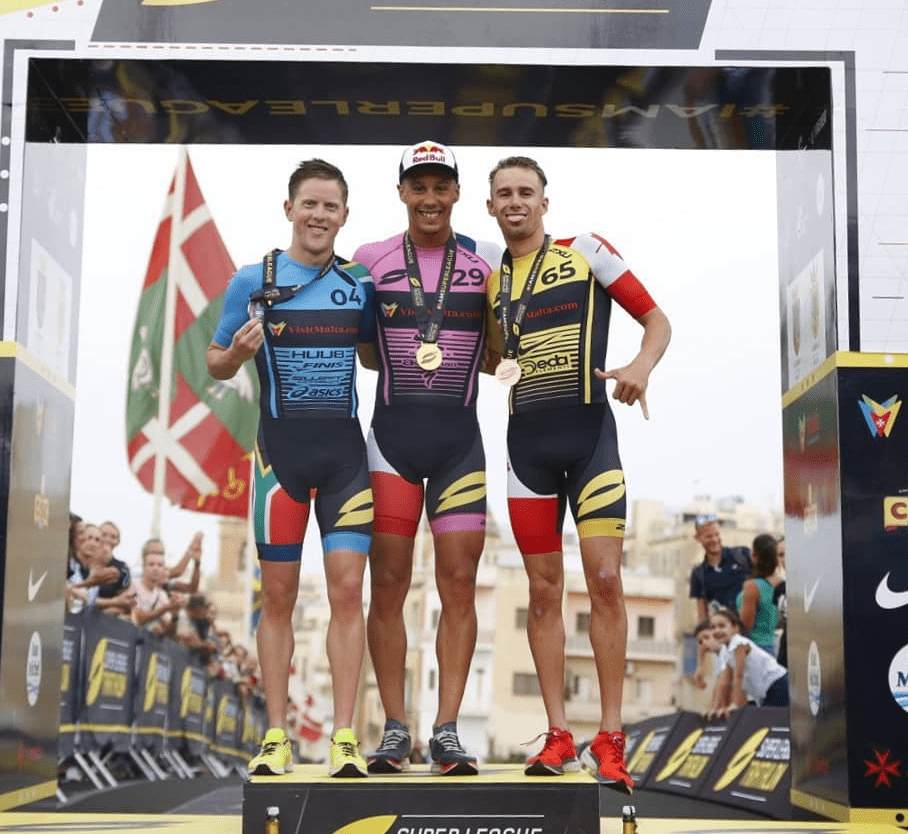 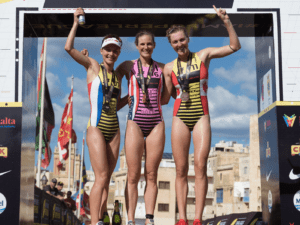 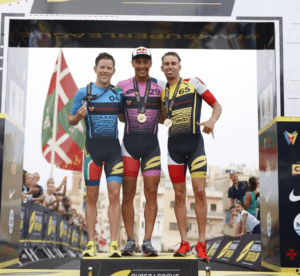 On October 28th, the second stop of the Super League Triathlon Championship series came to a close with a thrilling third day of racing. Throughout the weekend, some of the world’s top triathletes competed over the Eliminator and Equalizer race format.

On Saturday, the triathletes raced the Eliminator format. With three super sprint races back-to-back-to-back, only the top 15 and ten finishers moved on to the subsequent race. On the women’s side, Katie Zaferes (USA) asserted herself as the woman to beat in Malta, taking the overall win in the Eliminator. She was followed by Rachel Klamer of the Netherlands and Canada’s Joanna Brown in third. After the race, here’s what Brown had to say about the difficult course: “The hill was a hill, and it didn’t get any less steep no matter how many times we hammered away at it. I love this bike course more than anything; you can showcase your strength as a cyclist. I really tried to use that to my advantage. It was fun.”

On the men’s side, South Africa’s Richard Murray would get the better of France’s Vincent Luis in the final race of the Eliminator and took the win. The South African would be joined by his fellow countryman, Henri Schoeman (RSA) in third. The top Canadian male was Tyler Mislawchuk in fifth.

On Friday, the triathletes completed the first stage of the Equalizer event, a 600m time trial swim. The results then ranked the athletes for Sunday’s start of stage two, which was two super sprint triathlons back-to-back. On the women’s side, Zaferes once again showed why she is considered to be one of the most dominant triathletes in the world right now. Zaferes ran away from the competition on the uphill dash to the line, besting Kirsten Kasper (USA) and Summer Cook (USA). The top Canadian female was Brown in seventh.

On men’s side, Luis took back the top spot from Murray, who finished a distant eighth overall due to a poor time trial. Schoeman finished second, and Mislawchuk sprinted past Johnny Brownlee (GBR) to finish third. After the race, here’s what Mislawchuk had to say about getting onto the podium: “I was worried I spent a bit too much energy on the last bike but, oh man I’m just so happy, you don’t take these for granted hey, you never know when you’ll be on another podium. Today is the day, don’t look to the future – just enjoy right now.” 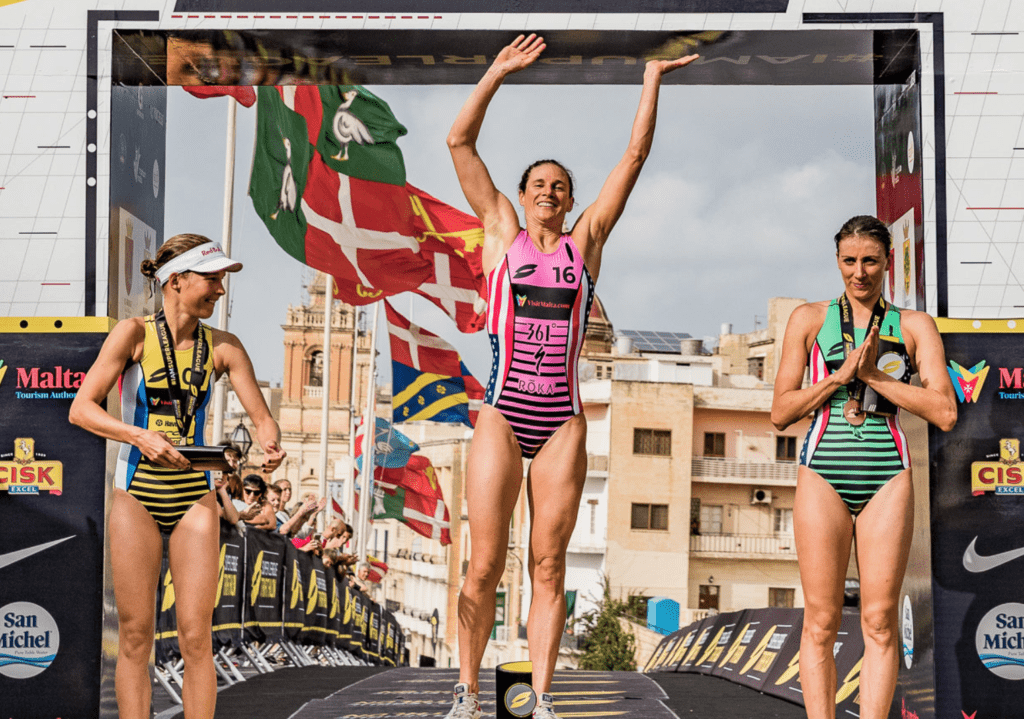 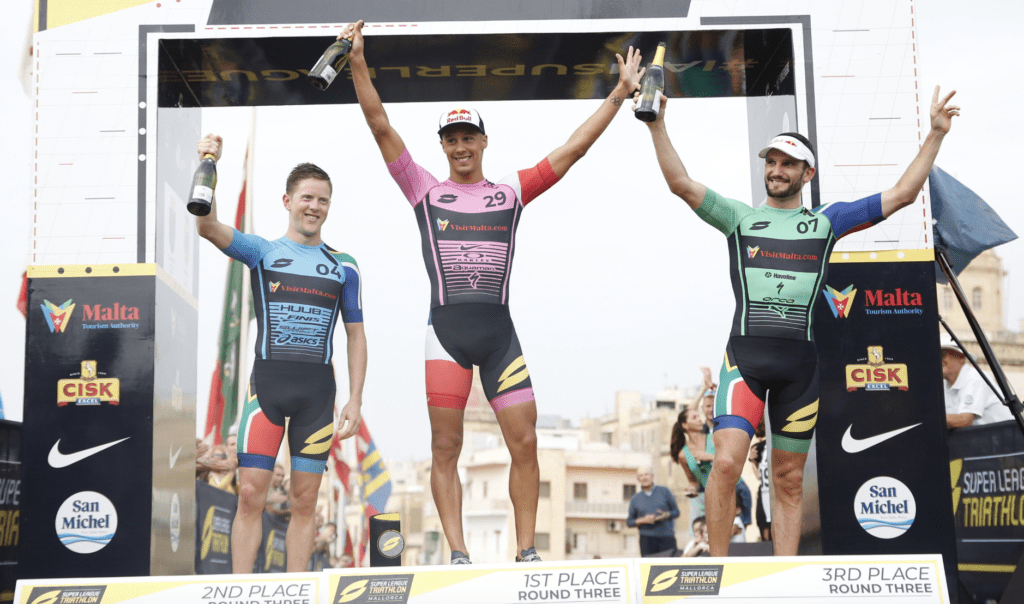 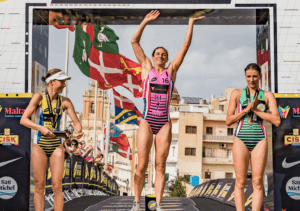 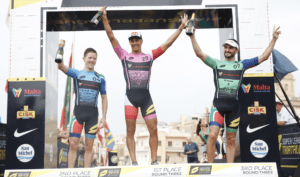