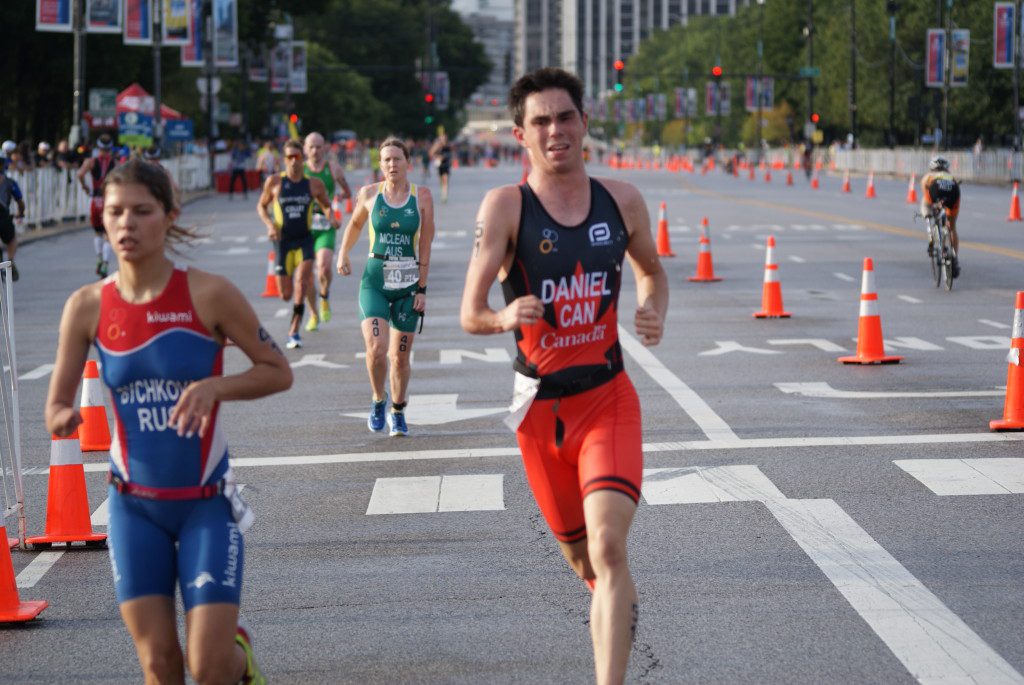 Last weekend, Calgary’s Stefan Daniel claimed another win at the ITU World Paratriathlon Event in Yokohama, Japan. The teen, who competes in the men’s PT4 division, earned himself a spot at the first ever paralympic triathlon in Rio this September, when he won the world championship in Chicago last year. But his impressive track record doesn’t stop there. Daniel has several world series wins under his belt and also won junior national championships, crossing the finish line nearly 10 seconds before the rest of his able-bodied competitors.

Heading into the Paralympic Games, it’s no surprise Daniel faces some pressure as he’s an obvious gold medal favourite. We caught up with Daniel to hear about his latest race in Yokohama getting ready for Rio.

How did your race in Yokohama unfold and what were your expectations of yourself heading in?
Going into the race, I really wanted to have a good swim. I focused on swimming during the winter and I was confident going into the race. I was able to get on the feet of the Mexican and Brazilian athletes, which I am usually not able to do. I set myself up well for the rest of the race. The bike was fun and technical, I felt good on the run. The race gave me a good confidence boost going into the summer.
What does your training look like right now and how does it fit into the rest of your life?
Right now I’m doing six swims a week, five to six bike rides, six runs and a couple strength sessions. Each week varies a bit with intensity. If I want to do well in Rio, I have to continue to improve in all areas.
Right now, the focus is purely on triathlon. I’ve been at school at the University of Calgary but took this semester off  to move to Victoria and train out there at the high performance centre under coach Carolyn Murray (who coaches the four-member paratriathlon national team).
Do you feel pressure at races given your winning streak? How do you deal with it?
I get a bit nervous like every person does, but I don’t focus on the pressure. I know in a race that all I can do is give it my best effort. I don’t let pressure get to me as it only creates more stress leading into the race.
How does it feel being the gold medal favourite heading into Rio?
There are a few guys who have the ability to strike gold in Rio. Many athletes from Europe are very strong and will be motivated to beat me this year. I’m confident I can do well, but I have a lot of work ahead of me if I want to have a chance at winning.
Advice for other athletes who have big ambitions in the sport?
Have fun with the sport. If you begin to see it as a job, then there’s no point in doing it. Work hard, be competitive, but most of all just try to enjoy yourself.