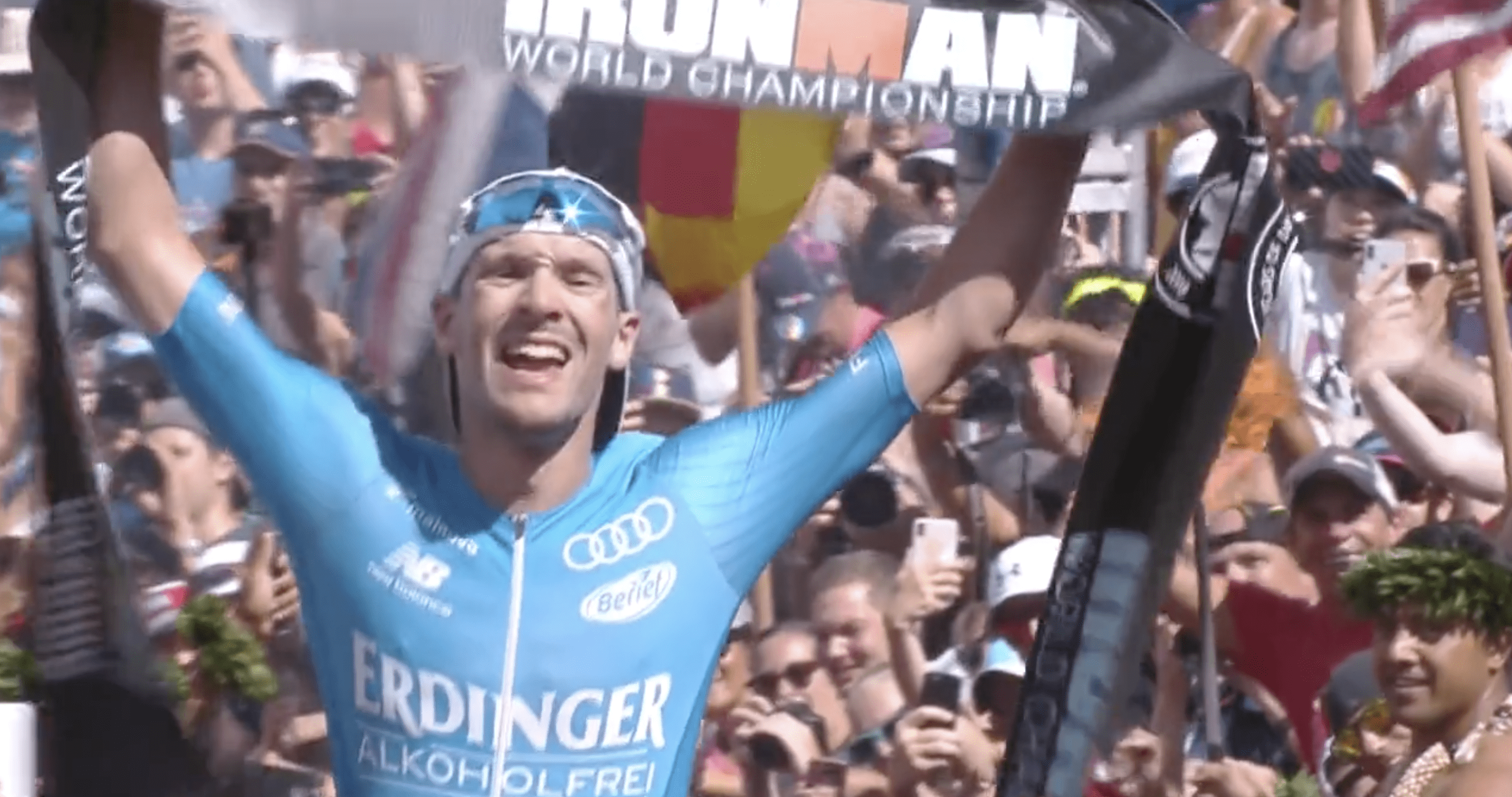 In 7:52:39, Patrick Lange crossed the line on Ali’i Drive to become the 2018 Ironman world champion. It is his second win in as many years, along with another course record by nine minutes. With the record time and world title, Lange then got on one knee and proposed to his girlfriend – she said yes.

The day began with Josh Amberger taking the lead in the swim. It was a group of 10 that came out of the water together, and a select group of three cyclists – Wurf, Andrew Starykowicz and Amberger, separated themselves from the rest on the bike.

Lionel Sanders, the 2017 runner-up, would come out of the water about 6:20 back and found himself spending much of the day with Sebastian Kienle. Unfortunately, Sanders would not be able to bridge the gap and Kienle was forced to drop out of the race early into the marathon.

Lange was the big surprise on the bike. The German found himself in the main chase group, a group that included names like Braden Currie, Tim Don, Tim O’Donnell, Javier Gomez and teammate Andreas Dreitz.

Wurf would break last year’s bike course record by three minutes in 4:09:39. Onto the run, Wurf would hold the lead for a time, but he would soon be passed by Lange, Bart Aernouts, Braden Currie and Tim O’Donnell. From then on, it was a race between those four. Lange would be the one to make the race-winning move as they entered an aid station.

The only man that could follow was Aernouts, who remained about two minutes back from Lange for the rest of the race. It would be last year’s third-place finisher, David McNamee that would come from behind and move into third. All three men on the podium broke last year’s course record of 8:01:40.