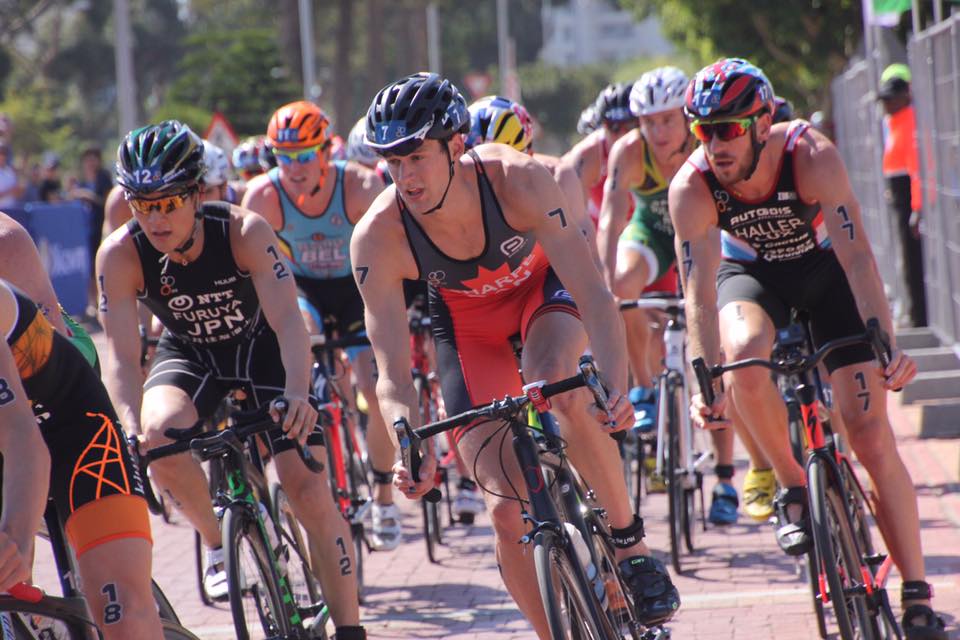 While elite athletes have been competing in draft-legal events for more than 20 years, last year was the first time our Canadian National Championship offered a draft-legal sprint triathlon. This is due to the International Triathlon Union’s move to make the sprint-distance race at the world championships draft legal for age group athletes.

Age group athletes don’t have to get the same draft-legal certification that elites and juniors have to get in order to race, but it certainly won’t hurt to spend some time working on draft-legal skills if you’re planning on competing in a draft-legal race. But, even if you’ll only be racing in non-drafting events, it might be worth working on your ability to ride in a group and draft other riders.

Why? Being able to ride with a group is a useful skill that can really improve your triathlon times. Here are a few reasons:

As you get better at riding with a group, your balance will improve and your ability to handle the bike will become that much better. When you’re down on your aero bars, you’re basically steering with your elbows – the more comfortable you are riding a bike with your hands on the bars, the better you’ll be when riding on your aero bars. That will also help you keep the bike moving straighter on the road, which can save valuable seconds, too.

One of the biggest benefits of improved bike handling skills is that you’ll become much more comfortable making basic movements while you’re riding. Remember how hard it was to reach down for your water bottle the first time? The next time you’re watching the Tour de France, check out how the riders will put on, or take off, a jacket (amongst other things) while they are cruising along on the bike. The more proficient you become, the easier it will be to eat and drink with ease on race day.

Learning to hold a wheel, or ride side by side with someone, without having your eyes glued on your cycling computer, will pay huge dividends  when it comes to maintaining an appropriate pace on race day. Riding in a group will also teach you how to control your tempo and effort on varying terrain. The entire group won’t hold exactly the same speed going up and down hills, but will maintain a similar effort throughout. That’s what you want to do in your race, too.

In addition to helping with your pacing, riding in a group can really help you work on your cadence – the number of pedal revolutions you make every minute. Typically road riders will have a faster cadence than triathletes or time trial specialists. Think of it like driving a sports car at a higher RPM. When you ride in a group you’ll quickly learn to find the most efficient gear – if you’re pedalling too slow you’ll find your quads will eventually turn to mush and you’ll get dropped. If you’re in too easy a gear and you’re pedalling too fast, you won’t be able to keep up and you’ll get dropped. (In other words, you’re forced to figure out the most efficient gear and cadence to stay with the group.) Those skills translate well to a non-drafting situation as you’ll also learn to find the optimal cadence and gear to maintain the fastest speed possible over the distance.

It’s really important that you are predictable in your movements and you don’t weave when you’re riding in a group. That goes for taking corners, too.

Everything: turns, potholes, that you’re slowing down, parked cars up ahead, etc. (I’ve never seen an accident caused by people over communicating what’s coming up ahead.)

There will inevitably be some contact along the way. Believe it or not, you won’t come off your bike if you bump shoulders with someone. Don’t hold the handlebars in a death grip – guide your bike and remember to hold that line.