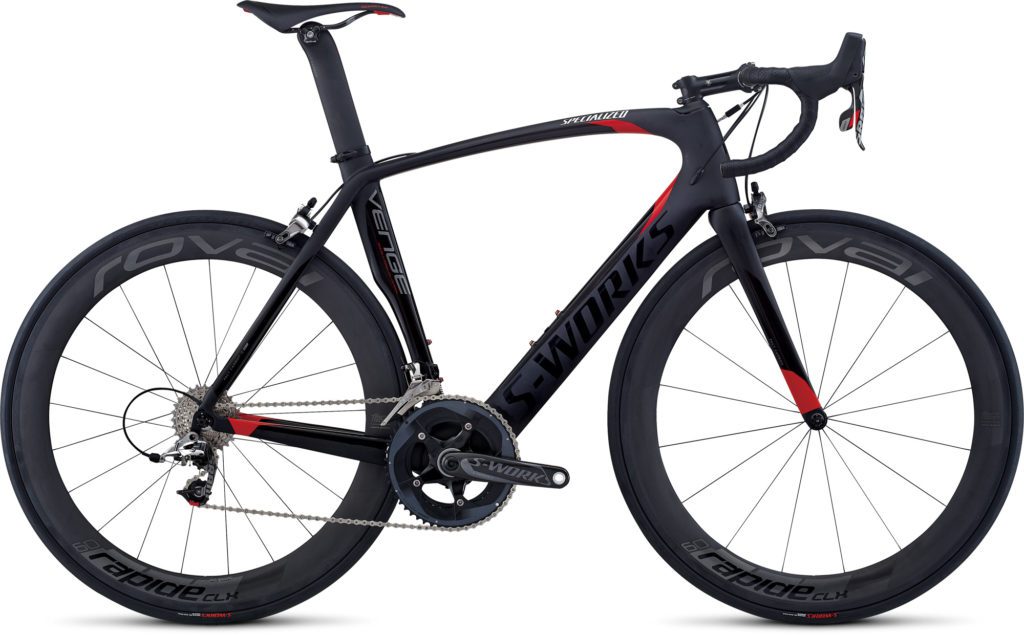 This story was originally featured in our July/August 2016 Olympic preview issue.

It’s an Olympic year, which means the world’s best athletes will be pulling out all the stops in the hunt for a medal later this summer in Rio. Triathlon will be no different, of course, with athletes using the latest technological innovations in all three sports to eke out the ultimate performance on race day.

The Olympic triathlon will be a draft-legal race, which means the men an women competing in Rio will all be on road bikes. This year age group athletes competing in the sprint event at both the national championships and ITU world championships in Cozumel, Mexico will be paying much more attention to the latest in road bike tech — for the first time at both those championships even the age group triathletes will be allowed to draft, just like the ITU crew have been doing for years.

As opposed to tri bikes, which are designed specially to ride with aero bars and have a seat tube angle of about 78 degrees, road bikes are designed for riding  in a more upright position on “regular” handlebars and typically have seat tube ables of 73 to 75 degrees. Over the last few years, though, there’s been a trend in road bike design towards more aerodynamic designs. Stealing from the wind-cheating designs we’re used to in triathlon frames, a number of aero road bikes have hit the market. One of the first to appear was Specialized’s Venge, which Simon Whitfield rode at the 2012 Olympics and will be the ride of choice for many Olympic contenders this August.

We had a look at the Venge Pro ViAS which pairs the aerodynamic frameset with Shimano’s Dura-Ace components and Roval CLX 64 wheels ($10,859). Specialized offers the Venge in a variety of builds that include Shimano’s 105 (Elite), Ultegra (Expert) and Dura-Ace (S-Works ViAS Di2) components.

The Venge frameset was developed by Specialized’s engineers through a combination of Computational Fluid Dynamics and wind tunnel testing, all of which is done at the company’s headquarters in Morgan Hill, California. After extensive testing they came up with the ultimate aero road frame and form made from FACT 10r carbon that remains extremely light and provides a ton of stiffness to ensure an extremely responsive ride. The full monocoque form only helps enhance that feeling of stiff responsiveness.

The stiffness of this ride needs to be emphasized — some might find it a bit stiffer than they’re ready for — like driving a race car in which speed is the first priority over comfort. Does this mean it isn’t a comfortable ride? Absolutely not — it just not as comfortable as some other bikes you might be looking at. If you’re going to be doing lots of four-, five- and six-hour rides, you might want to look at something like the Specialized Roubaix. If you’re planning on ripping up a 20-km bike course in a pack, being able to scream through corners and accelerate to get back on the group at the drop of a hat, we can’t imagine you’d want anything other than the Venge.

The Roval CL 40 wheelset is a great addition to this draft-racing-ready package. Like the rest of the bike, these wheels are light, stiff, aero and very responsive. The Dura-Ace components (there’s a Specialized Pro cranksetm which seems to perform extremely well) complete the package, providing outstanding breaking and quick, reliable shifting.

Put it all together and you have a super-speedy, aero-dynamic bike that is ready got any sort of high-performance draft-legal racing you might be taking in this race season. Just watch — you’ll see some of the world’s best ripping up the Rio course on the Venge.