In December, TMC is rounding up best performances of the year in pro triathlon. For swim, bike and run we’ve picked one international and one Canadian athlete who stood out all year for consistent top results in each discipline. 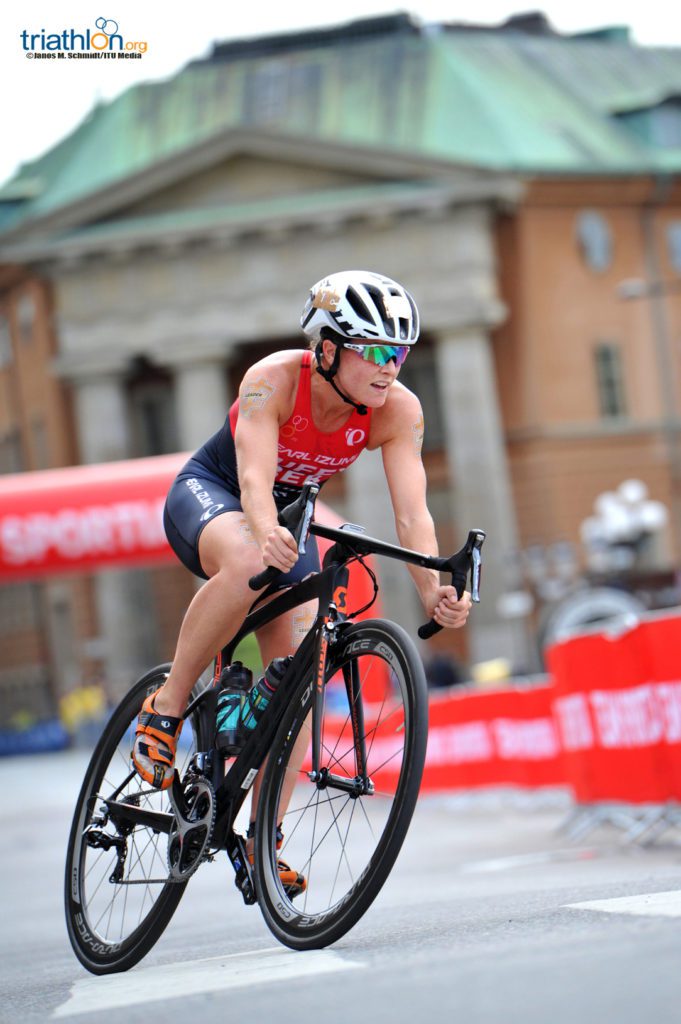 Bermuda’s Flora Duffy wins our bike performance of the year award not just for her incredible performance that helped her win the ITU Grand Final and world championship in Cozumel, Mexico in September but for her all-around consistency all year. Duffy solidified herself as one of the strongest female cyclists on the ITU circuit this year with her fearless breakaway racing style and power on solo efforts.

One of her strongest rides of the year was at the third WTS race of 2016. After exiting the water as the swim leader about 15 seconds ahead of the rest of the field, Duffy went on to mount her bike and ride the 20-kilometre spint course solo. The chasers eventually did catch up to her just before the second transition, but her efforts caught up and it earned her a bronze medal.

In his career best year to date, Lionel Sanders continued to standout at non-drafting races for his top bike splits and power numbers on the half and full distance circuit. In one of his most memorable races in 2016, he overcame a serious deficit after the swim at Ironman 70.3 St George to make his way to the front of the bike — and bypass one of the sport’s best cyclists, Sebastian Kienle, to cement a lead strong enough for him to take the win.

Sanders delivered the top bike split at Ironman 70.3 Oceanside, Ironman 70.3 Panama, Ironman 70.3 Mont-Tremblant, Ironman 70.3 Texas and Ironman Arizona this year — all races he also won. He crushed the individual TT at Island House Invitational Triathlon and even in Kona, where he suffered on the run, he impressed with the fourth fastest bike split of the day.