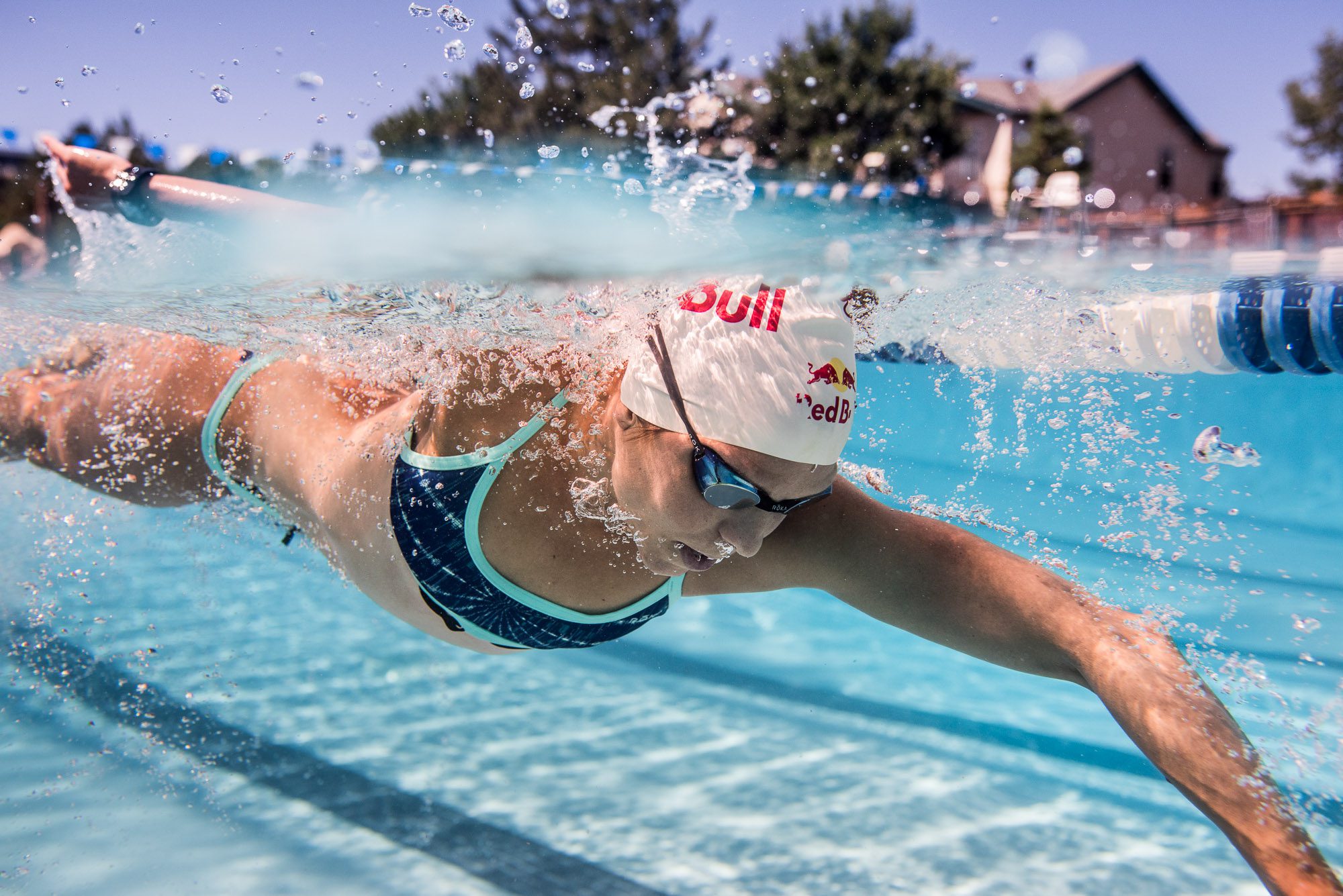 I’ve been asked a few times now what it takes to become a professional triathlete. The simple answer is work hard, rest hard and have a coach and support network that can help you.  Of course, good genetics come into play as well. But my biggest piece of advice is to value being afraid and dive right in.

Let me give you a bit of background on how I ventured down the path of triathlon. I grew up  a track athlete, loved sports, and riding my bike. I learned about triathlon from a few people I saw at the pool where I worked as a lifeguard.  It wasn’t until two yeas after I graduated with a Masters in Physical Therapy that I ventured into my first triathlon.  Like almost everyone who does one, I was instantly hooked.

After attending a triathlon camp in California one year (had to get out the Canadian winter!), I met a coach who saw some talent in me. I wanted to see what I could do in this sport.

At this time I was living in Penticton, B.C., working full-time and was engaged to an amazing guy. I had a house, a cat, a dog and yup, a white picket-fence. After a bit of self-reflection and desire to really see what I had, I quit my job, and left my relationship and security. I realized it was not something that I wanted.  I had this internal drive to seek out what I could do in sport. I had that feeling in my gut, that we all do at times. So instead of ignoring it, and feeling trapped by the comforts of stability, I simply followed my heart and left.

I’d love to write that the path to becoming a professional triathlete was easy. That I just simply worked hard, and got results, but it was four years in the making. I lived literally off the floor with a sleeping bag at times.  I ventured south to train under the coach who I met at the triathlon camp the summer before. I was able to snag my professional license earlier that year by reaching the Canadian national time standard.  I was stoked. And so the adventure began. I traveled where the sun was, and tried to make ends meet. I lived at home-stays, in trailers, and sometimes even a tent. I learned to eat without cooking because I didn’t have anything to cook with. I did my laundry in the shower at the local YMCA.  I wore a winter hat and most of my clothes inside, during the winters months to save on bills. I sacrificed the comforts.  It was a rough, yet, very influential four years of my life. During this time, I raced a ton. I had a few set backs, I ran out of money, and lived with my parents for 8 months (at age 27) to make ends meet again. I told my parents at that point, “I have to do this. Give me one more chance. I will make it.”

Over the next 18 months I racked up more second place finishes than you can count on two hands. I managed to slowly make a name for myself and kept saving as much money as I possibly could, all the while living in places I couldn’t dare tell my family about. My first win, Ironman 70.3 Boulder in 2012 – was the realization to myself that I belonged, and I could be a champion. My first sponsor after that was Pearl Izumi and they are still with me today.  My path continued to achieving more than 17 70.3 titles, and two sub-9 hour Ironmans at regional championship races. During this time, I have had setbacks and injuries. But now, as I write this, fully healed and back on my path to racing, my heart is blazing, and I have the same determination I had when I left home with just a bike. I have realized along the way, what it ultimately takes to succeed as a professional int his sport: sacrifice.

As athletes, we all know how to push our bodies to its limits in competition, eat healthy, go to bed early, etc. We can all do that. That’s just finding routine, and having an athlete’s mindset of racing. Most, if not all triathletes are willing to work hard, often too hard in training. But many, I assume, may not be willing to live in a tent, on people’s floors, and be truly afraid.

The number one quality that makes me who I am today, is the ability to sacrifice — where I value being afraid.Those first four years of my career scared me, but looking back, I wouldn’t want to change a single day. I gave myself no option but to keep believing, which led to my focus to succeed.

So instead of asking what it takes to become a pro, ask yourself:  Am I willing to find fear, and run toward it?