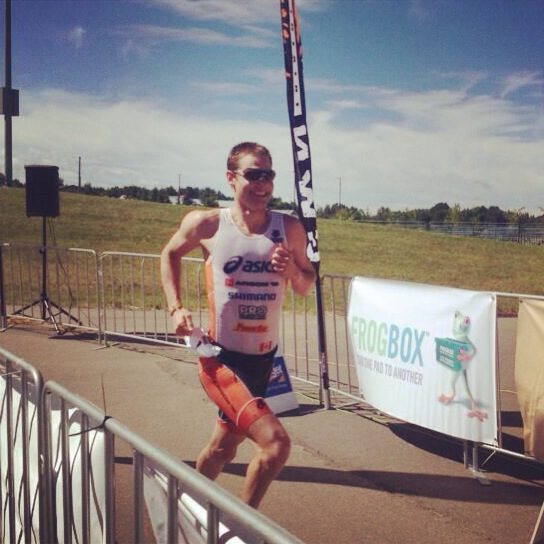 Jeff Symonds looks to defend his title at the second Valley First Challenge Penticton Canada this Sunday August 24th  and he will be joined by a roster of fast west-coast athletes who will also have the advantage of a hometown feel. Victoria’s Andrew Russell and Vancouver’s Nathan Killam are also in good form as is Victoria’s Adam O’Meara who finished fourth male overall in 2013. Ontario’s Sean Bechtal may not be a local but he is certain to be in the mix.

On the women’s side, last year’s winner Australia’s Carrie Lester and American Natasha Van Der Merwe are likely to join the Canadians Karen Thibodeau, Christine Fletcher and Penticton’s Jenn Annett near the front. Thibodeau is fresh off a second place finish at  Ironman Canada.

Annett said her choice to return to Challenge for the second year in a row was  simple. “I really think we have a world-class course,” said pro triathlete Jenn Annett. “It’s amazing. I have trained every inch of it. We really do live in paradise here. I definitely hear other athletes talk about it too. When you are coming down Main Street to the finish with a huge crowd of spectators and have everyone cheering you on, no matter how much you hurt all the pain seems to disappear.”

Annett was the top local female finisher for the inaugural 2013 race, coming in third overall for females in her first pro race.

“I definitely do my research on those who signed up,” Annett said. “Last year Carrie had an amazing performance and she is a very strong athlete. Likewise for Karen, who is an amazing swimmer and always at the front of the pack. I know a few more top athletes have recently signed up and I think it will be a close field.”