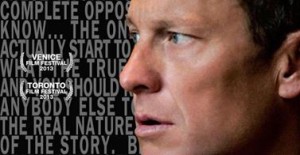 The UCI is set to announce the “terms and conditions” that could see Lance Armstrong’s ban lifted  if he co-operates fully with an independent investigation.

UCI president Brian Cookson revealed this morning that an agreement has been made with the World Anti-Doping Agency on reductions in sanctions for those who provide “substantial assistance” to the independent commission investigating  the “problems and reputational damage” to the sport, and in particular allegations that the UCI was involved in a cover-up.

“But the situation of those riders and individuals who are currently serving bans, currently under sanction, is a little bit different,” he said.

“I think there will be the possibility of a reduction but the commission will have to make an assessment of that on a case-by-case basis,” he continued.

What could this mean for Lance?

For Cookson: “It all depends on what information Lance has and what he’s able to reveal. That’s not going to be in my hands, he’s been sanctioned by USADA and they would have to agree to any reduction in his sanction based on the validity and strength of the information he provided.”