Strava art, making a shape or pattern with the route of your ride, is a great way to explore new local roads. In September, a Belgian cyclist embarked on an epic a ride in the shape of a Duval beer, gaining the attention of the Belgian beer company. Recently, in a similar vein (but with a much more Canadian twist), Ontario cyclist Mason Zeinali completed a 101km ride in the shape of a moose—right in the middle of downtown Toronto.

Preparing for the ride

As they can’t hold group rides this year, Zeinali’s team, the University of Toronto Road Racing Club, was hosting a Strava art contest. He decided he wanted to participate, but  there were also four specific criteria he wanted his Strava art to meet. First, he wanted the ride to cover downtown Toronto and he wanted to start and finish from Yonge and Dundas Square.

Once he decided on the moose, Zeinali traced the outline of an image he found of a the animal and sketched a rough outline on a map of the city.

He then transferred the moose to google earth to plan the route more accurately. The moose was about 43 km in total and the added curve along Toronto’s waterfront was 57km. Zeinali says the ride happened to fall on the (planned) last day of ActiveTO, an initiative where the city turns major sections of Lakeshore Boulevard. into bike-only roads on weekends, which made the 57km of waterfront riding very pleasant. 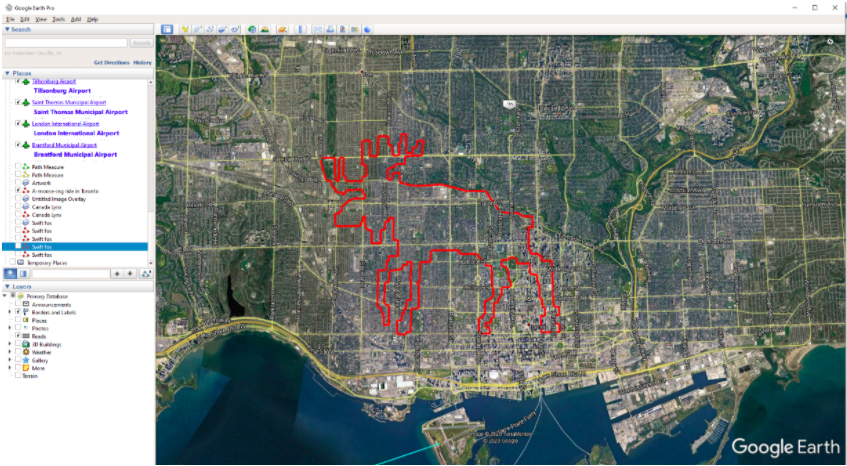 Zeinali doesn’t use a bike computer, and he was nervous about his phone’s battery life so, to be safe, he printed out the map in six sections. The final route crossed through the University of Toronto campus twice and only required a few minor modifications due to a couple instances of construction and street closures. The entire back of the moose is one street, Davenport Road.

In the end, the design won him his club’s competition and the respect of many Strava fan. “I’m glad my friends and cyclists from around the globe liked the moose,” says Zeinali. 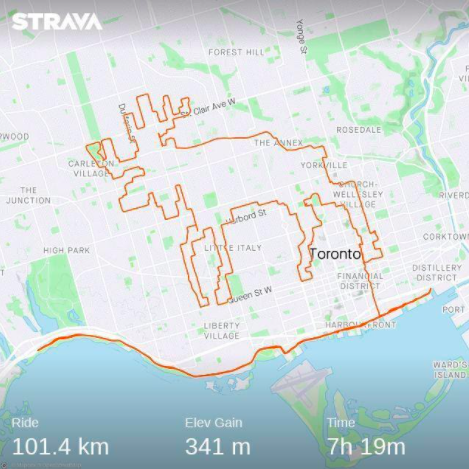