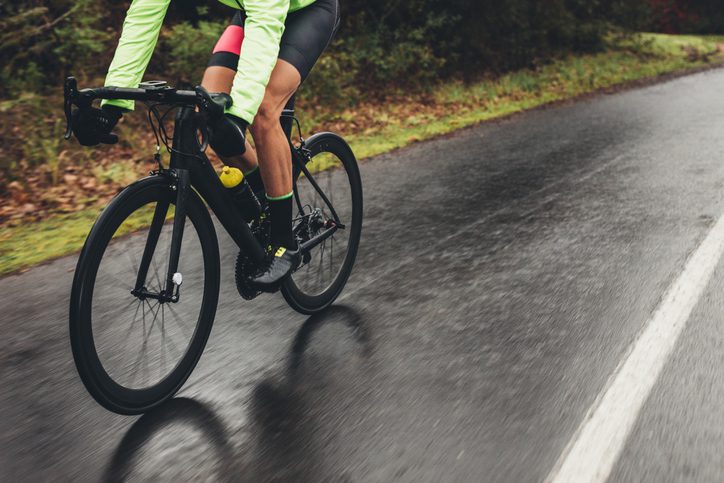 If you are considering signing up for your first triathlon, it’s a good idea to start with the sprint distance (the shortest of the common triathlon distances). This consists of a 750 metre swim, followed by a 20K bike, and finishing with a 5K run. If the sprint distances seem too daunting, many local races also offer a “try-a-tri” option for beginners consisting of approximately 400 m swim, 10K bike, and 2.5K run.

If this sounds great and you’re considering signing up for your very first triathlon, ask yourself these three questions.

1. Can I swim at least 800 meters continuously?

For many people, the swim represents the greatest challenge of the three. You should be able to continuously swim 800 metres in training before a sprint race (preferably done in open water) to ensure a successful triathlon race swim. You may or may not want to do the race swim in a wetsuit. Most beginners find wetsuits make their open water experience far more comfortable due to the neoprene layer keeping the swimmer warm in the cold open water environment as well as the extra buoyancy benefit which helps keep the swimmer higher up in the water (which means a faster swim!). The water temperature will determine whether wetsuits are permitted or not by race officials. Thus some warmer race swims will be comfortable without a wetsuit, but it’s probably a good idea to be prepared to have one available by race day (wetsuits can also be rented from triathlon-specific stores).

2. Am I comfortable on the bike?

You should probably be able to cycle for at least an hour continuously before you sign up to race a triathlon. In addition to cycling fitness, there is also a bare minimum of bike gear you will need. Almost all forms of bicycles (including commuter bikes!) can be used in a triathlon, as long as a helmet is also worn. Additionally most local bike stores offer bike rentals which can help if you are travelling to a race but don’t want to transport a bulky bike along with you. For your safety and for others it’s highly recommended that you get accustomed to bike handling at the higher speeds you will be biking at on race day. Most of this can be achieved through plenty of outdoor bike rides, which provide similar conditions and speeds to what you will experience during the bike leg of the race. Additional equipment you may need for the race include bike shoes, clipless pedals, and numerous bike accessories such as bike computers, aerobars, and hydration storage.

Chances are that if you are considering a triathlon you have some running experience from either group running or participating in a running race. Being able to run 5K without stopping is a good sign that you have the run fitness for a short triathlon. Fortunately, your running equipment, such as running shoes and clothing articles can also be used in triathlon training and racing. Additional purchases, like shoe speed laces and tighter fitting athletic gear can be made later on as one gets more involved in the sport.

If your answer is yes to all three then you are probably ready to sign up. Good luck!