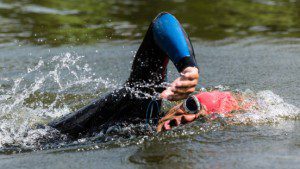 If you’ve spent years as a club swimmer and are looking to move to triathlon, you’ll have several advantages over athletes who are new to the sport but have running or cycling backgrounds. One of the most transferable skills from swimming to triathlon is the mental discipline you’ve developed over years of waking up at the crack of dawn to get in the water — long rides and even long runs often require early rising too. Plus, you’re already used to the repetitive nature of long training sets.

For the many positives, there are also some challenges the swimmer-turned-triathlete will want to work on in order to become a well-rounded multisport athlete. Here are some of the benefits and challenges.

1) You have a great engine — Swimming requires the same endurance that it takes to excel in cycling and running. As a swimmer you understand high-volume training and this will reflect well in the long rides and runs you’ll be starting. All that aerobic endurance you have built up will give you a solid base for the other two disciplines.

2) Your mental game — You know the difference between a long, slow set and short sprints so psychologically you’ll be ready for the equivalent multiple-hour bike ride or interval run.

3)You’ll be at the front of the pack — While most triathletes cite the swim as their least favourite leg of the race (usually because it’s their weakest), you will be ready to get off to a great start for the first section of your triathlon. Staying at the front of the pack on the swim gives you two advantages; you’ll be able to comfortably draft off of the leading swimmers (and therefore save energy) and you’ll have a great sense of confidence when you enter T1 with such a lead over everyone else. This sets you up well for the rest of the race because you’ll feel mentally strong for the long road ahead. 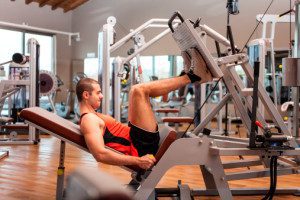 1) Supporting your body weight — the buoyancy while in the water and the horizontal position your body maintains mean that you haven’t taught your body how to move quickly while supporting its own weight, such as how you’ll fare
during the run. Doing too much too soon when starting out running could result in longterm injury, so be sure to ease into it so your body can adjust to having to cushion its own weight from the impact on the concrete. Typically, adding 10 per cent to your weekly run mileage is advised. You can also work on lower body and core strength training to help ward off injury.

2) Getting power from your legs — With the exception of fast kick sets, you won’t be used to using just your legs for intense bursts of power such as spiriting or climbing hills on the bike. You’re used to using your full body to move quickly through the water, and so spending some time understanding wattage on the bike will help you maximize your power. Performing an FTP test in your early training days will also help you understand how your heart rate dictates how much you can push, and will give you a better understanding of what you’re capable of as a new cyclist.

3) Loose ankles — Your years of kicking will have taken a toll on your ankle strength. You’ll have the ankle flexibility that will help your climb while clipped-in on the bike, but you will want to work on strengthening your ankles and controlling your landing so as to avoid a strain or roll during a run.