I have spent almost my entire life around triathlon events and, early in my youth, I discovered just how much triathletes care about going fast. I used to love walking around the transition zones at events, staring in awe at the hundreds of thousands of dollars worth of equipment hanging from the bike racks at any given event. As triathlon has increased in popularity, so has the demand for premium cycling goods used by athletes to get that extra edge in both training and on race day. The sky’s the limit when it comes to potential bike upgrades, but before pulling your wallet out for the latest and greatest bike parts, make sure you’ve maxed out what you’ve got to its full potential.

The more you ride, the faster you will get. While this concept might seem a little too good to be true, there is method behind this madness. The age-old notion of practice makes perfect holds true for cycling. Adding an extra ride during the week, or tacking on a couple of hours to rides already planned, can make for a more comfortable bike leg at the next race.

Related: Testing and training on the bike this winter 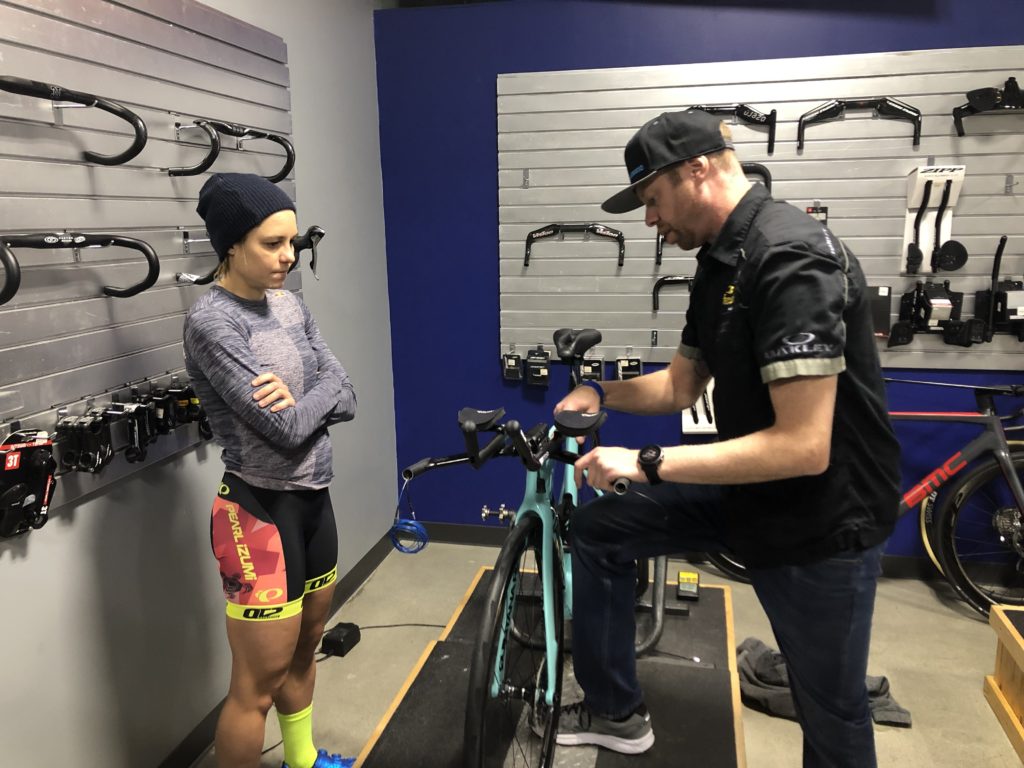 Dial in your position

Position on the bike is almost everything. In this day and age there are still many cyclists out on the road either riding with a poor bike position, or are using the wrong sized bike. There isn’t one ideal bike position for all riders, instead it varies across a spectrum that allows riders to be comfortable, while also ensuring key contact points on the bike are not set to extremes. This includes saddle height and setback (how far your saddle is set back on the rails), along with stack (vertical distance from the bottom bracket to the mid-point of the head tube) and reach (horizontal distance from the bottom bracket to the head tube) – all of these are important as they will affect the major muscle groups used while on the bike.

Every athlete has their own formula to reach peak performance on race day. Athletes should be able to distinguish the days spent cruising through a workout (easy) versus the other days where the tank is empty after the session (intense). Increasing intensity on the bike means taking on a ride at a quicker pace than usual. This could be taking on a training route at a quicker pace, or just trying to better your fastest time up the favorite local climb. With proper recovery during the training week, athletes who choose to push the envelope will see higher training metrics – increased power, for instance – become easier to attain on any given day, especially race day.

Related: Stomp your way to a faster bike split

My athletic career has consisted of many, many “race trials.” A “race trial” involves going out and taking on a race distance as fast as you can. For triathletes looking to tune in their bike leg effort, the best way to do this is to map out a bike route that mimics an upcoming event. The main goal of this workout is to get an idea of what you are capable of come race day (with no event stress or racing nerves involved). A “race trial” will give you an idea of the maximal effort you are capable of, and should be faster than a triathlon split as there is no swim or run involved. What athletes will take most from a trial is confidence, in both a potential race pace and overcoming any fears surrounding the distance of an upcoming event. These type of workouts are most applicable for shorter races – for half- and full-distance racing your “race trial” should be shorter than your race distance (half to three-quarters the distance), and should be done at least three-weeks to a month before your race so you have lots of time to recover.

Upgrade the bike, and the athlete

One of the easier ways in gaining some free speed on the bike is upgrading what you are riding. The term “free-speed” is certainly definitely an expression – performance cycling goods often come at a steep price. While wheelsets, frames, helmets and any other piece of gear used during the bike leg can offer some aerodynamic advantage, it is important to be realistic with how much of a difference this gear will make. Hitting the start line fully kitted out with the latest and fastest equipment makes total sense if you’ve maxed out your fitness potential. Do the training first to make sure you’re going to get the most out of that expensive set of wheels or new bike.

Sean Mackinnon won two bronze medals at the 2015 Pan Am Games, including one in the individual time trial.