The final full-distance Ironman race in North America has often featured some exciting pro racing as many of the sport’s best athletes look to nail a Kona qualifying slot and give themselves an 11-month break before they have to compete over the distance in Hawaii. Many, too, see the are as a great opportunity to round out the season, taking advantage of the fitness they have gained throughout the year. Here are a few things we noticed from this year’s race:

Busy doesn’t seem to slow Sarah True down very much

After taking a couple of years off of racing (during which she and her husband Ben welcomed baby Haakon to the world), Sarah True returned to racing with a win at Ironman 70.3 Eagleman. She then won Ironman Lake Placid. Heading into Kona she talked about feeling like she was on holiday during race week because she wasn’t busy taking care of her son or sitting at a computer doing schoolwork – she is currently working on a doctorate in clinical psychology. She got sick and wasn’t able to finish in Kona, but bounced back just fine to take a hard-fought win over Skye Moench in Tempe.

True appears to have figured out the issues that plagued her in 2019 when she was struggling to get to the finish line in her full-distance events – Moench ended up taking the Ironman European Championship when True collapsed less than a km from the finish line. There was no collapsing in Arizona on the weekend – Moench kept her American rival honest as True posted a 2:55:53 marathon to take the win.

Related: The women’s win at Ironman Arizona came down to a gutsy run

Joe Skipper is one tough cookie … and definitely a full-distance specialist!

It was his fifth Ironman race of 2022, and it’s important to remember that the Brit jumped in with a few weeks notice to fill in for Alistair Brownlee at the Sub7 project earlier this year. That’s six full-distance races this year – no wonder the guy doesn’t seem to have completed anything shorter in 2022. He rounds out the year with a pair of wins – Wales (where he spent 20 mins on the side of the road with a mechanical issue) and Arizona – not to mention a fourth at Ironman South Africa and an impressive fifth in Kona. (He DNFd at Ironman France.) Skipper seems to know full well that anything less than 226 km of racing doesn’t seem to suit him, but when you can race as well as he did through 2022, that appears to be just fine!

Not having a spare can cost you time … and money?

American Danielle Lewis ended up breaking the run course record held by Chrissie Wellington thanks to her 2:52:44 marathon split, but that amazing run would only net her third thanks to a 20-minute wait on the side of the road due to a flat.

Here’s what she posted on Instagram after the race:

Not exactly how fast I planned to run, but after spending nearly 20 minutes on the side of the road with a flat tire (more on that later), I knew the day ahead was going to be much harder than the race plan if I wanted to get myself to the podium.

While her run was more than a little impressive, take 20 minutes off her time and you get 8:43 – which would have netted her second place behind True. (Recognizing, of course, that True and Moench could very well have run quicker if need be!) It’s always been frustrating to see athletes not be able to fix their own flats on race day – but this post displays lots of class and seems to show that Lewis is all too aware of that. Kudos to her for moving on and “using it as an opportunity.” Our guess is there will be a spare next time! 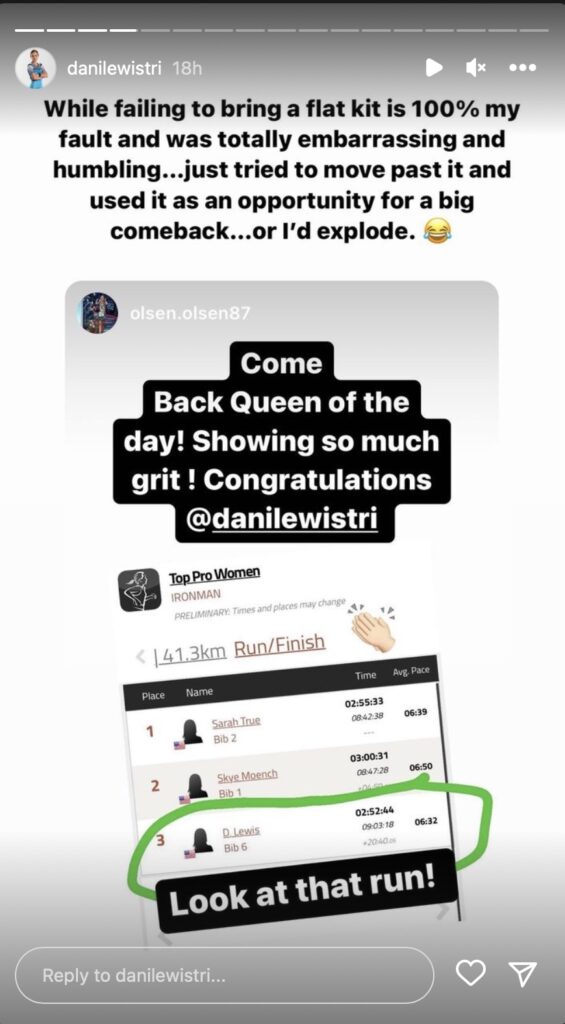 We’ve long known that Ben Kanute is one of the world’s most versatile triathletes. This is a guy who went to the Olympics in 2016, then a year later finished second at the Ironman 70.3 World Championship. Over the next few years he would win at a variety of different distances and formats – he came very close to representing the US at the 2020 Games as part if its mixed relay squad.

Fresh off another runner-up finish at the 70.3 worlds last month, Kanute put together an impressive Ironman debut, taking third in 7:51:25. For a guy who isn’t necessarily known as a strong runner, his 2:45:25 marathon split was impressive. It will be fun to see Kanute continue on his Ironman journey next year – he earned his Kona slot in Arizona. 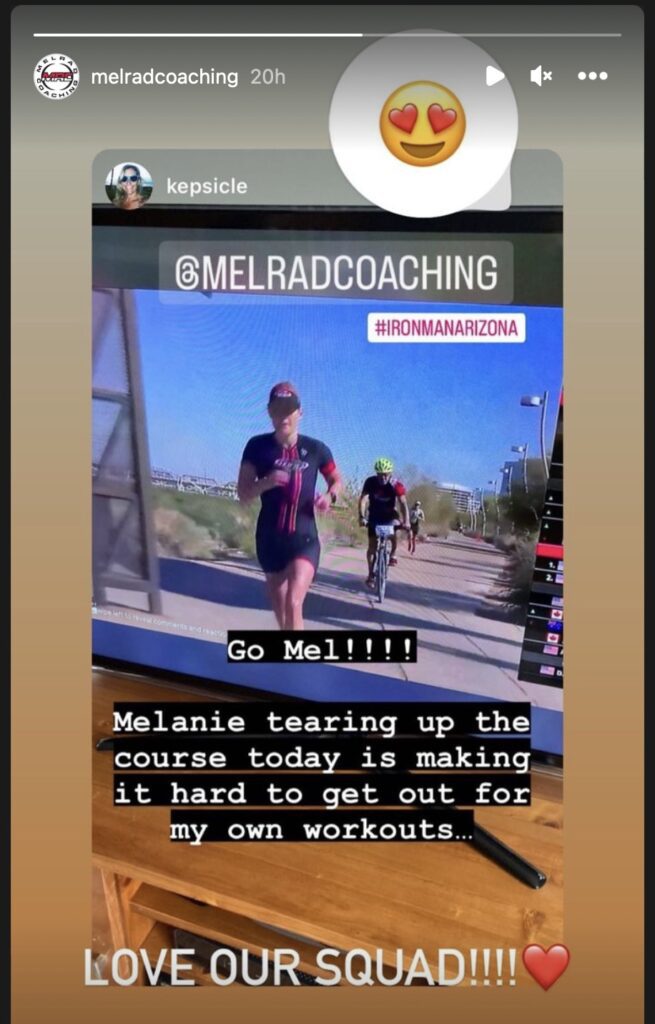 At 49, the three-time Xterra (and two-time World Triathlon Cross) world champion has finished fifth (Lake Placid), third (Wisconsin) and sixth (Arizona) in the three Ironman races she finished this year (she didn’t finish in Texas). She was 15th at the nutty-competitive Ironman 70.3 Oceanside, sixth at 70.3 Mont-Tremblant and fourth at 70.3 Waco. That pretty much says it all. And, no, that wasn’t a typo. She was born in 1973 …

Speaking of solid seasons … how about Jen Annett’s?

The Penticton native said it herself – “5 full Ironmans in 7 months…. A fifth, fourth, two seconds and a 19th at Kona.” The fifth came in Texas, the runner-up finishes were in Des Moines and Mont-Tremblant, then came a marathon PB (3:07:28) for fourth in Arizona. After missing all of 2020 due to the pandemic, then jamming in three Ironman races in a few months last year (Chattanooga, Florida and Cozumel), Annett returned to a full season of racing in style in 2022.