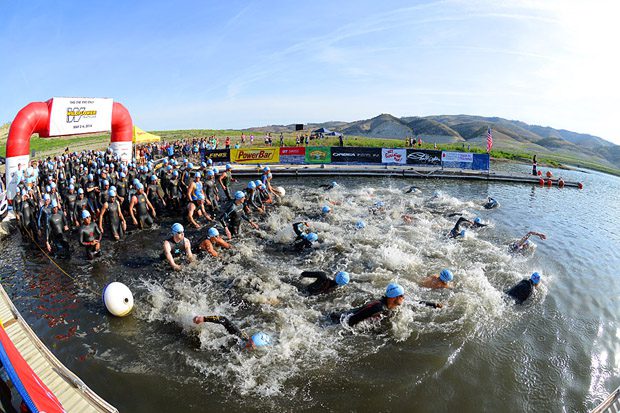 After being cancelled this year due to the drought in California as well as low entry numbers, organizers of the iconic Wildflower Triathlon have announced the race will return in 2018.

The 34-year-old event has been a staple on the triathlon scene since the early days of the sport, taking place the first weekend of May each year. When it was announced last year that the 2017 event was cancelled, pros around the world expressed their disappointment and support for the event.

Now, the beloved event will return to the scene with founder Terry Davis optimistic that entry numbers will rise and notes that Lake San Antonio — the swim venue, which had reached an all-time low water level last year — is thriving and levels are back up thanks to the snowfall over the winter.

“Five years ago we had between 6,000 and 7,000 entries for the weekend of racing,” Davis said in a quote published by Slowtwitch, who has the full story. “By the peak of the drought last year we were down to 2,200. Our break even point was 3,500 to 4,000 entries. With the time to properly prepare and promote Wildflower for 2018, we believe we can eventually get back those peak numbers, although we may start off with 4,000 entries in our first year back.”

Wildflower 2018 will be held the first weekend in May of 2018, with permission from Monterey County Parks Department special events manager Lavonne Chin. Lake San Antonio will re-open for recreational use on May 18, 2017.