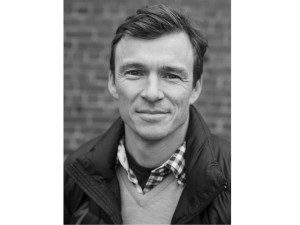 In Conversation with a Legend
Simon Whitfield Retires

He’s been the face of our sport in Canada for over a decade. Simon Whitfield, the four-time Olympian (including a gold in Sydney and a silver in Beijing) and 12-time national champion, officially announced his retirement last October. Whitfield has become a partner and head of Fantan’s Sports Entertainment Division.

After a disappointing crash in London put him out of the race, Whitfield had originally declared that he would shift his focus to long-course racing. As he ref lected on the demands required to continue to compete, including spending more time away from his family, Whitfield determined it was time to move on.

“That sport is not financially viable for a dad of two with bills to pay,” he says. “It’s such a massive commitment and I couldn’t see how I could tie in everything I’m trying to balance in a professional way.”

Does that mean we’ll never see Whitfield compete in a long distance race?

“I will do it as a guy who loves to stay fit and has it on my bucket list of things to do,” he says.

Whitfield continues to stay fit – he plays soccer and basketball regularly and has become an avid stand-up paddleboarder. Those activities more than fulfill his competitive drive. Despite the disappointment of not finishing the race in London last year, Whitfield doesn’t feel a burning desire to compete at the sport’s highest levels once again.

“It was such a huge build up for London. My goal was always to be as prepared as possible. If that resulted in a medal, that was great. It was easier to walk away because I did everything I wanted to. I did have long course goals, but there were trade offs. Carrying the f lag (which he did at the opening ceremony in London) – I wouldn’t trade that experience for anything. It was as exciting as winning in Sydney.”

The focus on preparation rather than an end result helped Whitfield deal with the pressure-cooker that was his life every four years after that surprise gold medal in Sydney. While he thrived on the pressure, having gone through the process made it that much more difficult to see Paula Findlay’s struggles in London.

“That was by far the most disappointing thing in my career,” he says. “There were people from the Olympic association who really failed her. People who failed to be accountable for what, in the end, was a disastrous situation. When the wheels fell off everyone jumped ship. It wasn’t right.”

Whitfield’s outspoken comments after Findlay’s race in London last year were taken as criticism of Triathlon Canada at the time, but, as Whitfield points out, he was very specific of the people he felt should be accountable. He looks back now with a lot of respect for Alan Trivett, Triathlon Canada’s executive director, who acknowledged that Triathlon Canada did “need to take responsibility for what transpired during Paula’s Olympic race” and committed to make improvements to the system.

His comments might have angered some, but the public has been more than supportive. For months afterwards Whitfield was stopped on the street or in airports by people who wanted to tell him how much they respected and appreciated his words after the games. “You’re the guy who stood up for that athlete,” he kept hearing.

He’s actually the guy who carried triathlon to household recognition here in Canada for over a decade. Oddly enough, though, Whitfield still feels he owes the sport much more that it owes him.

“I owe the sport an enormous amount,” he says. “Look at the opportunities it’s given me. I had lunch with the Queen of England (which is my single-most “how did I get here moment”) … because Joan and Rudy Hollywood introduced me to this wonderful sport in 1986. I got here because of this huge, incredible volunteer base who are passionate about our sport.”

That introduction came at a Kids of Steel race put on by the Hollywood’s at Sharbot Lake, Ont. While that event helped get him hooked, Whitfield feels that in many ways the sport isn’t as accessible as it can be and there is more to be done to promote it.

Which is why we can look forward to some innovative new ways to bring triathlon to the masses sometime soon, courtesy of Whitfield. He might not be willing to sacrifice all the time and effort it takes to compete at the highest levels of our sport any longer, but that doesn’t mean triathlon is out of his life.