There’s a definite feeling on the Big Island this week that times are changing here at the Ironman World Championship. The crowds in the village are like nothing ever seen before. (Not entirely unexpected with twice as many participants.) Mixed in with all the excitement and raw nervousness in the air is an undercurrent of grumblings and mumblings that there are just too many people here in Kailua-Kona this weekend.

Andrew Messick, Ironman’s President and CEO, acknowledged all the craziness during his welcome at today’s press conference, acknowledging that two days of racing here in Kona makes for some tough challenges for both the community and the race organizers.

“We’ve learned a lot and we’re committed in 2023 to have a day purely for woman and another day purely for men,” Messick said. “We’re learning how to do that so we can integrate into the community.”

There’s also a new era coming in terms of the professional racing. For the men that comes in the form of the “Norwegian invasion” – Kristian Blummenfelt and Gustav Iden arrive here in Kona as prohibitive favourites, which is unheard of since neither has ever competed at a world championship here in Kona before.

“It is going to be way faster, closer and more exciting,” no less an expert than Sebastian Kienle said when asked about the changes. “Therefore (it will be) harder. We’ll see more drama – which will be good. (It is) something to watch someone suffer.”

The women aren’t immune to this sea change, either. While five-time Ironman World Champion Daniela Ryf arrives as the favourite, she was quick to acknowledge just how much the bar has been raised over the last few years. Then there’s the fact that the women will compete on Thursday, with the men racing on Saturday.

“It means a lot for the women’s field to have their own race not to have any interruptions,” Ryf said.

“In 2015 Daniela caught me in the swim and told me to get out of the way (as we were running out of the water),” Lionel Sanders joked.

Change was definitely the theme of today’s press conference  – here are a few of the “sea change” comments we heard today:

The Canadian (pictured above with Braden Currie and Patrick Lange) finished second here in 2017, but has also struggled just to get to the line many times.

“I have walked this race many times,” Sanders said. “I’ve learned a lot over the years – I devoted the entirety of 2021 to learn how to do the distance and not race for six and a half hours and survive the last one and a half hours.”

Sanders is one of those who believes that Blummenfelt and Iden are taking the preparation for the race here in Kona to a new level.

“It will be interesting to have Kristian and Gustav here – they are good at figuring out the limits of what the body can endure in the heat,” he said. Sanders pointed out that the Core body temperature system he started using a few weeks ago was developed, in part, through work done with the two Norwegians. Now, with Mikal Iden (Gustav’s brother) as his coach, he’s starting to see just how impressive the Norwegian’s training system is – especially the “attention to detail” and “how technical everything is.” 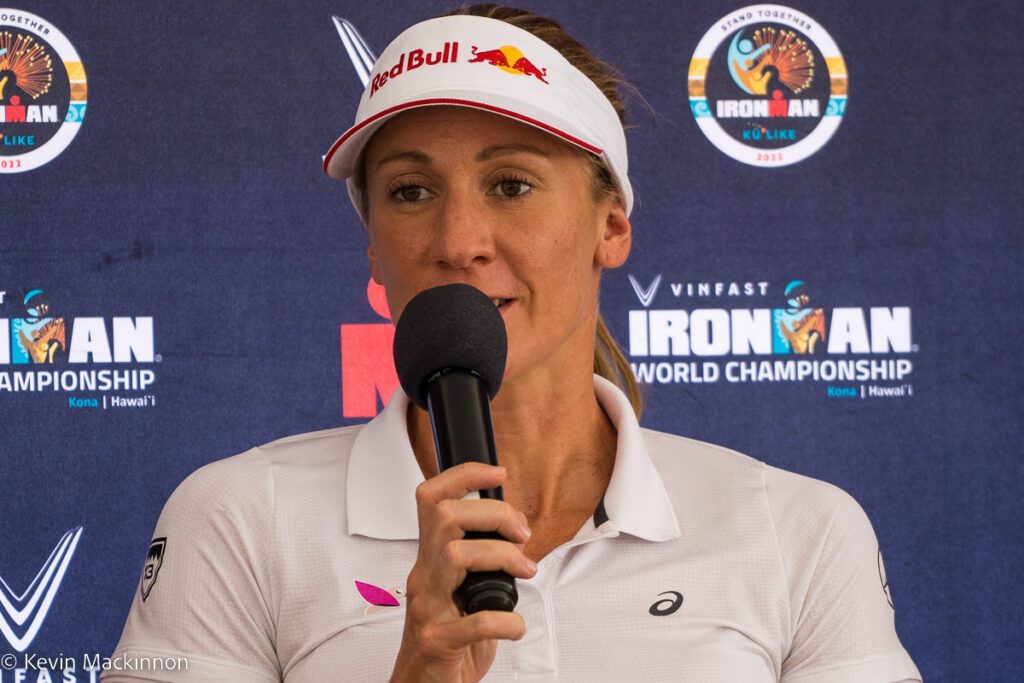 After a tough day here in Kona three years ago, followed by some tough races in 2021, Daniela Ryf surged back with a huge win at the Ironman World Championship in Utah last May.

“St. George was very special,” Ryf said of her emotional win. “I felt like it was the culmination of two and a half years of celebration. I’m not looking back – feel very grateful to be here. After St. George I feel like I have nothing to prove. I am here to play hard.”

Ryf spent three weeks preparing for the race in Maui, knowing just how tough the conditions can be here on the Big Island.

“The conditions are brutal,” she said. “I’m not afraid of the race, but I have respect for the race – that’s what makes it unique in my opinion.” 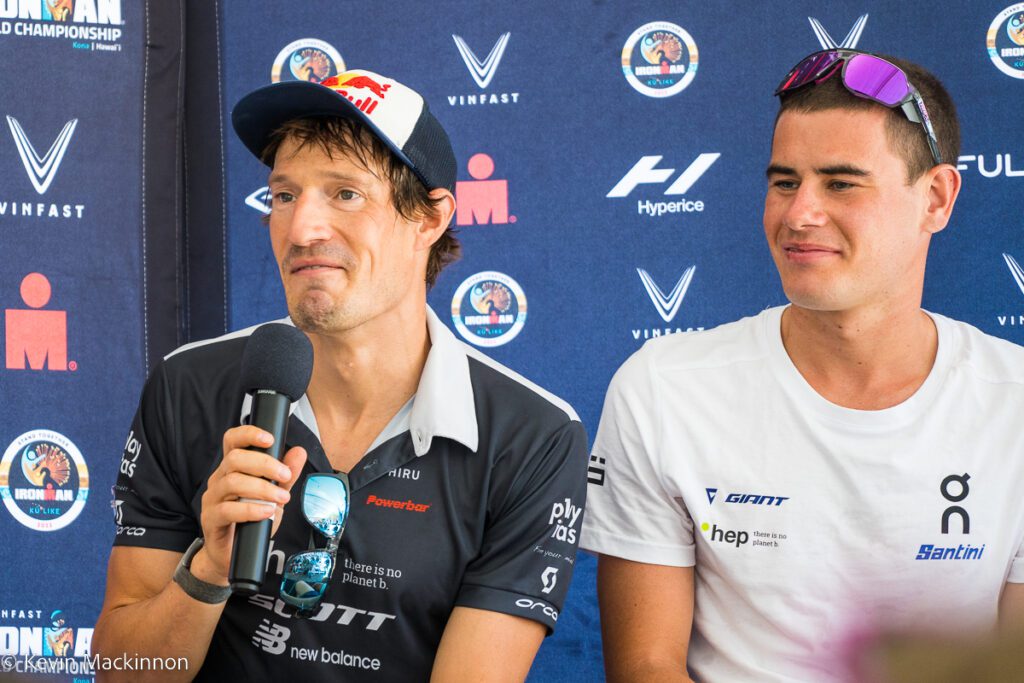 The 2014 champion here in Kona, Germany’s Sebastian Kienle is competing here for the last time this year.

“I realize how (much) less experience matters these days,” he said. “We have five rookies who have a chance to win the race.”

Kienle is also confident that this will be the strongest field we’ve ever seen on the Big Island.

“Every year you say it is the strongest field ever,” Kienle laughed. “We skipped two years and I think this field is possibly twice as strong as 2019.” 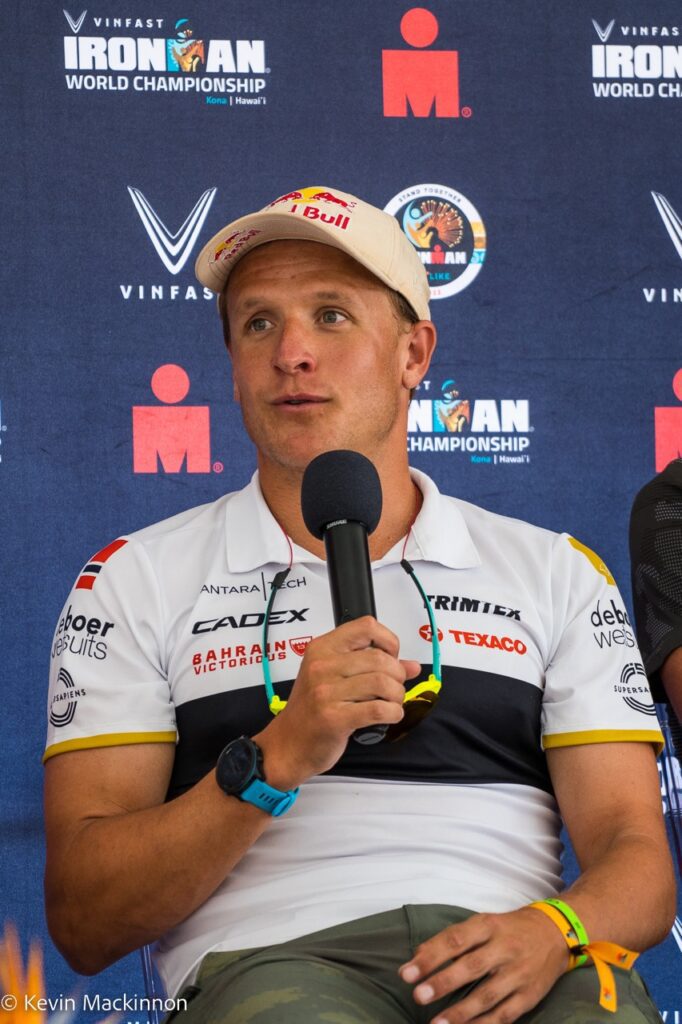 The winner of the Ironman World Championship in St. George, despite still fighting a chest infection, the Olympic gold medalist arrives here in Kona as the man everyone will be watching. Even though he hasn’t competed here in Kona before, his penchant for using science to hone his training should bode well here in Kona this Saturday. 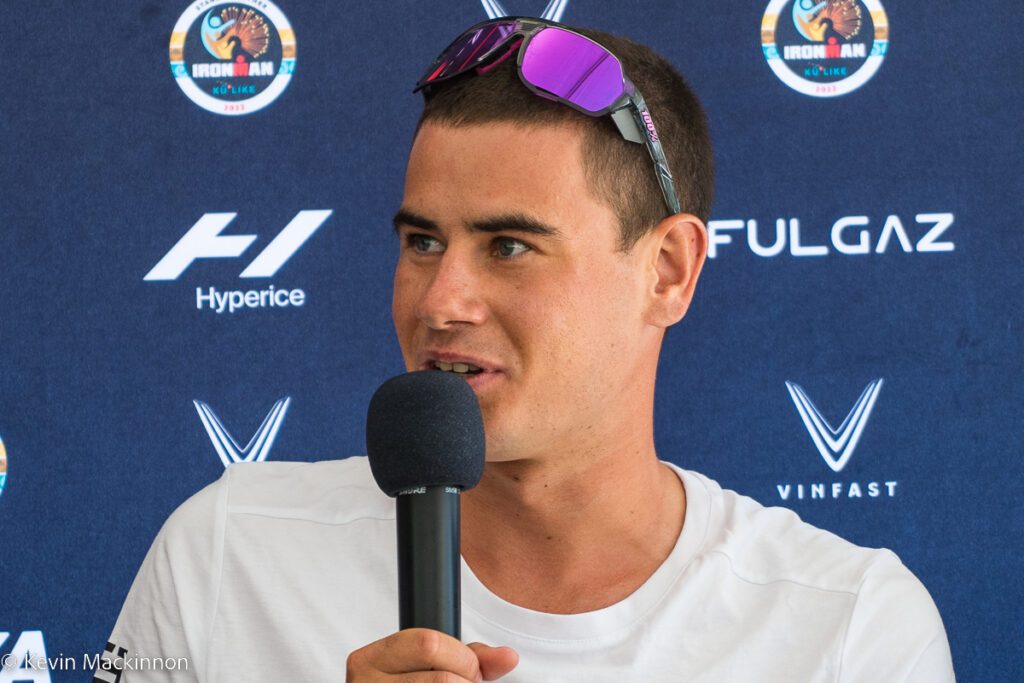 Competing in just his second full-distance event (he won Ironman Florida last year), two-time Ironman 70.3 world champion Gustav Iden arrives in Kona as a favourite. Earlier this year he would have been in the same boat in St. George, but got sick and had to pull out of that race.

“It is going to be hot and challenging towards the end,” Iden said of Saturday’s race. “I think I have a plan, and if it works out I should have a good race. I’m glad I have a second chance to do a world championship in my year off of from my other racing,”he said, alluding to the fact that he and Blummenfelt will return to short course racing as the prepare for the 2024 Olympics next year. 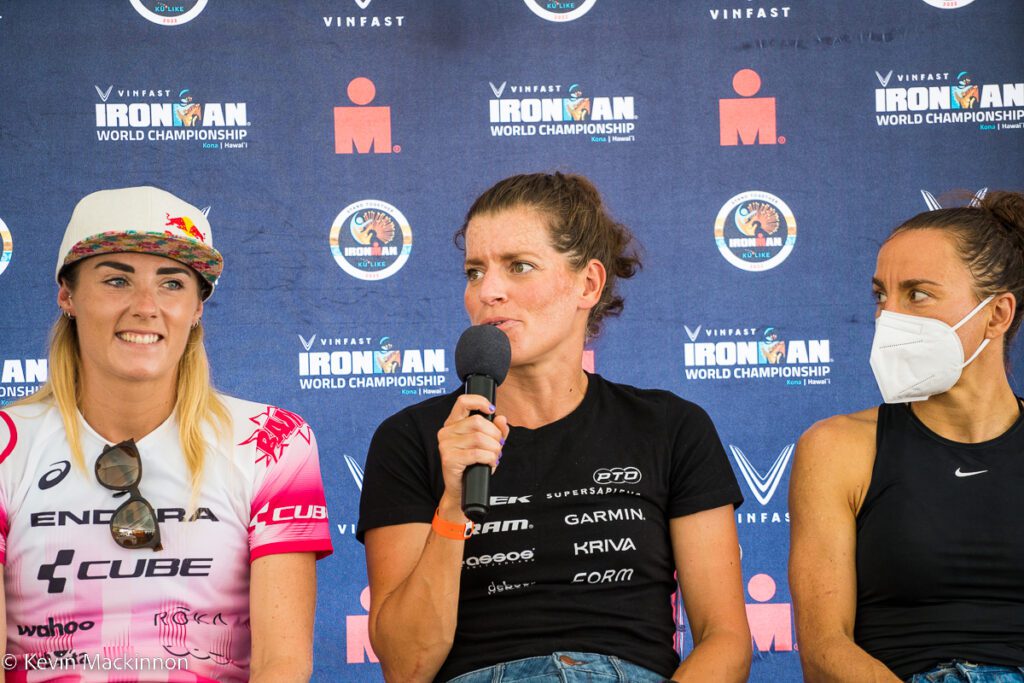 Fourth in St. George, Moench arrives in Kona as a rookie, but certainly remains an athlete many expect to work her way towards the front of the race.

“I feel like I have a lot of Ironman race experience,” she said. Racing in St. George, where I got fourth, was good experience – totally full on racing with the deepest possible field. It showed me what I was capable of.