Swimmers rejoice. If you’re sick of being outrun after rocking the swim and the bike, this new race is for you. The reverse tri format has been gaining momentum recently, and Windsor Ont. will host the first ever on Canadian soil with the Riverside Reverse Triathlon on Sunday August  10th, 2014.  The reverse tri  starts with a 1.5 km run, followed by a 40 km bike and a 5km swim.

“Getting into a wetsuit when you’ve been sweating on the bike can be tricky,” says Riverside Reverse race organizer Lisa Whently. “But triathletes really love fidgeting with gear and they’re good at it,” she continues.

“I’m a strong swimmer, but there’s only so much time you can gain on the swim in a standard tri. The sport’s become so much about the run and this format really allows swimmers to shine.”Says Tara Hughes, former national team swimmer turned triathlete.

The reverse format is the brain child of Australian Bogan Todd. The first race took place in 1996 at Yorkeys Knob, Queensland and has been a fixture on Australia’s tri-scene ever since. A well-worn footpath serves as the 1.5km run course loop and many athletes wear track spikes given the terrain. The coastal roadway along Holloways Beach makes for a scenic, though challenging bike course subject to the area’s high winds.  An unparalleled swim through Half Moon Bay toward the Great Barrier Reef  is the setting for the 5km swim course.

It’s not everybody’s cup of tea, however, and Windsor-based triathlete Trent Mcmahon is outraged by attempts to dilute the sport with what he calls “juvenile spin-offs”: It’s not only unfair, it’s dangerous. I can’t imagine trying to stay afloat after a hard 1500m track race and a 40km TT, let alone swimming 5 km! It makes a joke of our sport.”

Others are excited for the new challenge and can’t wait to roast the runners who’ve consistently passed them down the finishing chute.

Register before April 5th and get a chance to win a Windsor River Cruise at www.reverserivertri.com 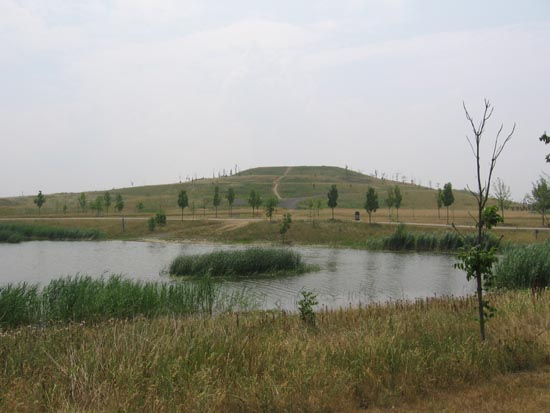