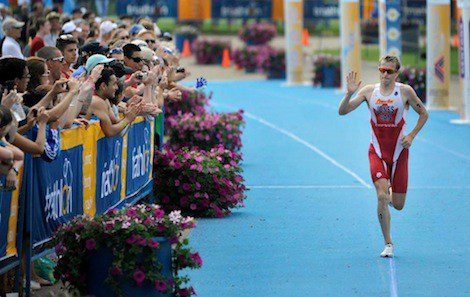 The ITU World Series has opened bidding for cities interested in hosting a 2017 World Series stop as well as the 2019 World Triathlon Series Grand Final.

The ITU World Triathlon Series (WTS) hosts sprint and standard distance races for the world’s top triathletes compete head-to-head in major cities around the globe. “The WTS brings the world’s best athletes to a city, while also offering it international exposure as the races are broadcast live to a global audience,” says ITU President, Marisol Casado. “The Series is an ideal way for a city to promote a healthy lifestyle to its citizens, while also enjoying widespread international attention.”

Triathletes compete in the WTS for the world champion title as well as the $2 million USD total prize purse, currently the largest cumulative prize purse in the sport. Besides the sprint and standard distance races, one WTS stop also hosts a mixed relay world championship and there is a grand final at the end of each season.

With the goal of expanding the sport and bringing it to destinations without much triathlon exposure, the ITU is aims to add cities each year. This year, Cape Town was added to the roster. Canada hosts a WTS stop in Edmonton, which served as the grand final in 2014.