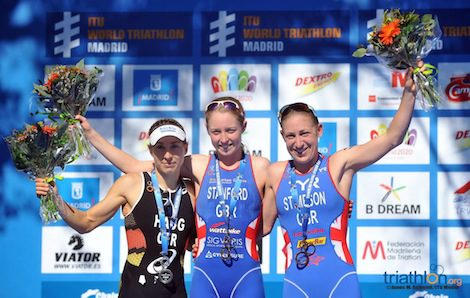 The ITU also acknowledges that there is room for improvement and says they are working with several countries “to promote women in the sport by organizing development camps and education opportunities.”

The report also noted that increased female participation extends beyond competition, with 60% of ITU Table Officers being female and the ITU executive board made up almost equally of male and female members.

Additionally, more than 10 national triathlon federations now have female presidents. This means there are more women in top leadership positions in the sport than ever before. More women have also been taking courses to serve as technical officials and in coaching positions.

The ITU concluded that “as women will continue to take the lead in their respective tasks and organizations, the female presence in all aspects of our sport will increase in the upcoming years.”