Zipp’s new 808 NSW wheelset arrived at the office this week and we’re excited to test it out. Back in October, we 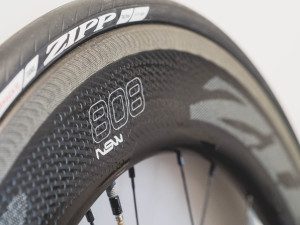 reported that Zipp had announced the new wheels during the week of the 2015 Ironman World Championships in Kona. Canadian Brent McMahon as well as many other top pros rode with the wheels that weekend.

This Carbon Clincher wheelset is the first in the NSW series and is a faster version of the 808 Firecrest. They’re slightly wider than the Firecrest at 28.8 mm (vs. 27.5 mm) but remain 82 mm deep. Compared to the Firecrest, they offer 3 -4 watt savings which translates into approximately 90 seconds at 40 km/hr over the 180 km full distance bike leg. For triathletes seeking maximum aerodynamic efficiency and stability, they’ll find it with the 808 NSW. 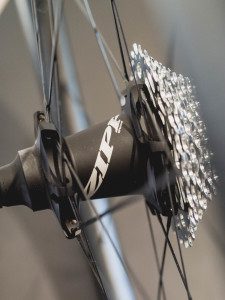 The 808 NSW’s Cognition hubset offers more durability and less drag with the Axial Clutch technology.  The hubs use a ratchet system that is controlled by magnets that disengage the system while you are coasting, providing a smoother, faster ride when you’re not pushing down on the pedals.

The 808 NSW also features the Showstopper brake track, first debuted on the 404 Firestrike. American pro Jordan Rapp and Zipp sponsored athlete is a big proponent of the Showstopper brake track, which he said is better than aluminum. “Paired with hydraulic brakes, I’d say the braking quality is equivalent to disc brakes. You can carry more speed into turns and dump it faster. It’s a palpably better wheel but also one that’s just more fun to ride.” 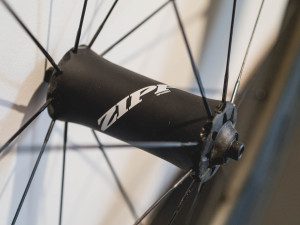 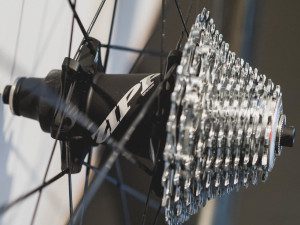