While much of the buzz from last weeks Apple Event in Cupertino was around the new Apple Watch Ultra, the company also announced a new Apple Watch Series 8. While it hasn’t received nearly as much attention as it’s beefed up counterpart in the new Apple Watch line up, there’s a lot in this new watch, including a number of software and hardware upgrades, that make it a valuable training and health tool for triathletes. Last week’s event showed that Apple is getting serious about hard core training with its watches these days, and the Apple Watch Series 8 demonstrates that new commitment.

We can’t wait to check out the Ultra when it comes available, but ahead of that launch we were given a few days to check out the new Apple Watch Series 8 and get a glimpse of some of the new features. We’ll have a more detailed look at the watch once we’ve really had a chance to put it through its paces.

What is clear from an early look at the Apple Watch Series 8 is that for those not looking for extreme endurance capabilities (ultra endeavours or full-distance tris), the Series 8 will likely serve as a viable training companion for your fitness and health activities. You get many of the features we’re likely to see in the Ultra in a watch that’s about half the price. 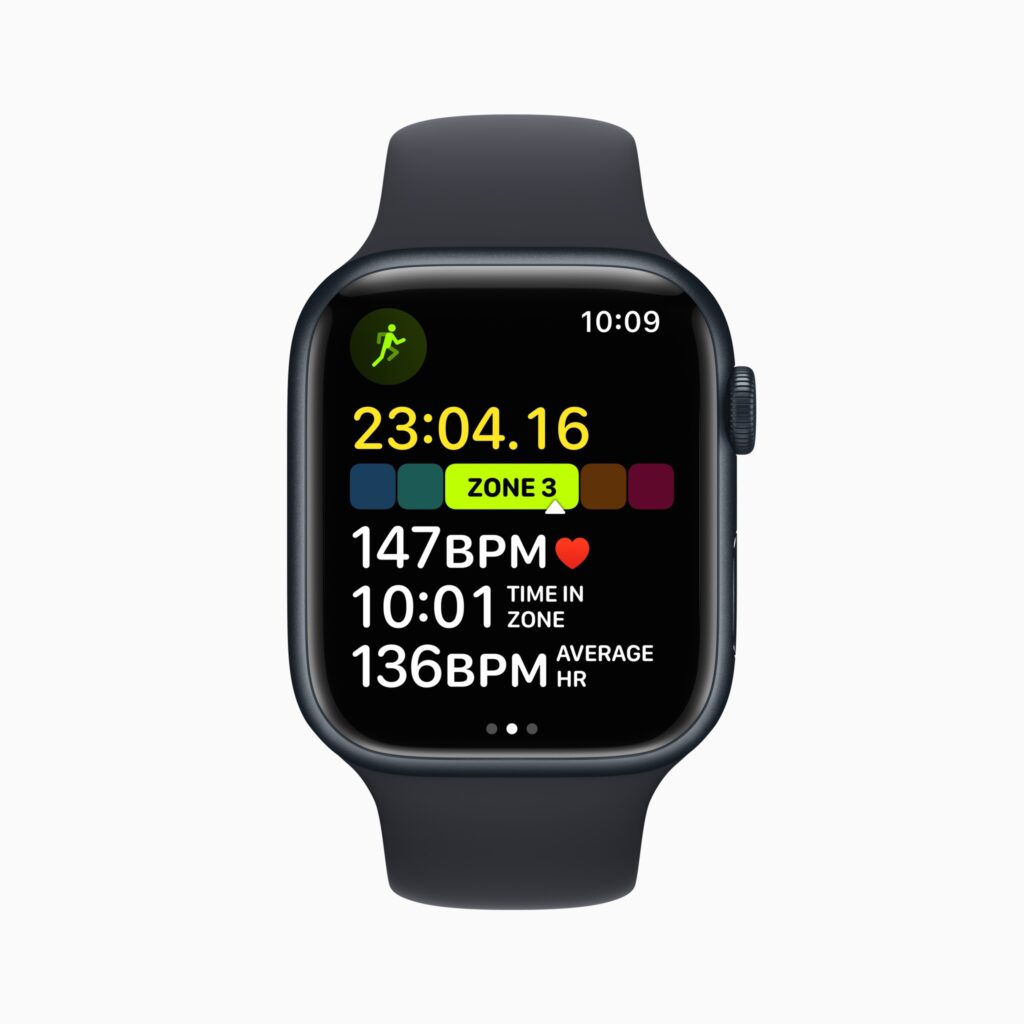 While the new Series 8 doesn’t look different to its predecessor, hiding inside the sleek looking watch are some new sensors and a beefed up watchOS 9 that offers some dramatic improvements to your training experience.

For triathletes the huge step forward with the Apple Watch Series 8 comes through a combination of the new sensors and the new OS the watch is armed with. Triathletes will be interested in the new running form metrics that include vertical oscillation, stride length and ground contact time. You can now create customized workouts, dial in workouts based on Heart Rate zones, pace yourself to a time or even race yourself from a previous performance. There’s a new Multisport workout feature that will automatically switch between swim, bike and run to keep track of your next workout or brick workout. All of this is easy to see with new workout views that are easy to customize.

As you’d expect from Apple, the customization process for all this is incredibly easy and intuitive. Workout views are now even more detailed and can include Activity rings, elevation, Running Power and Splits.

Anyone who’s read my reviews of Apple Watch in the past will know that my biggest criticism of the watch has been around battery life. It makes sense that a watch this powerful and that does as much as it does would be a battery hog. The thing to remember with the Apple Watch is that it’s doing so much for your every day activities, plus the training features you want it to take on.

While it’s still not going to compete with some of the Garmin watches that can literally go for almost a month on a charge, the Series 8 now offers extended battery life. With low power mode you can get up to 36 hours of continuous use. You still get features like activity tracking and fall detection in that mode. 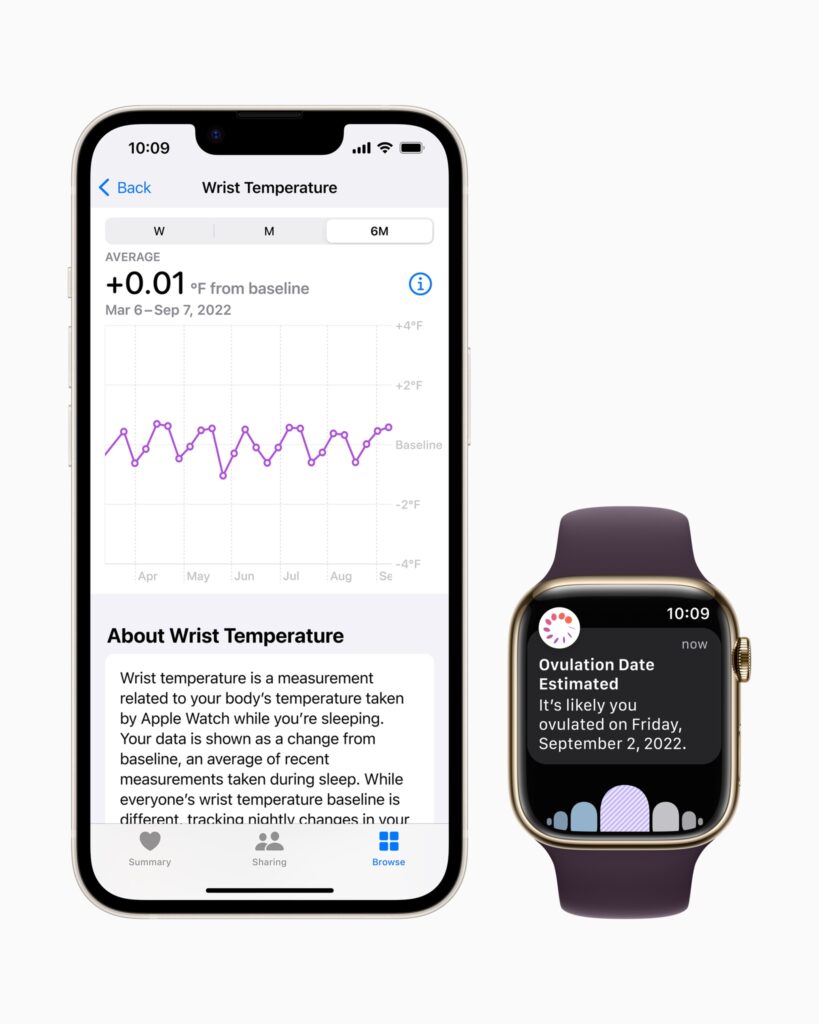 The new Series 8 has a couple of new sensors that allow women to track their temperature while sleeping to see changes in their baseline. The Cycle Tracking app then uses this data to estimate when you were likely to have ovulated, which can help with family planning.

Those diagnosed with AFib can use the watch to gauge their condition through the AFib history feature, which provides detailed history on their heart rhythm. 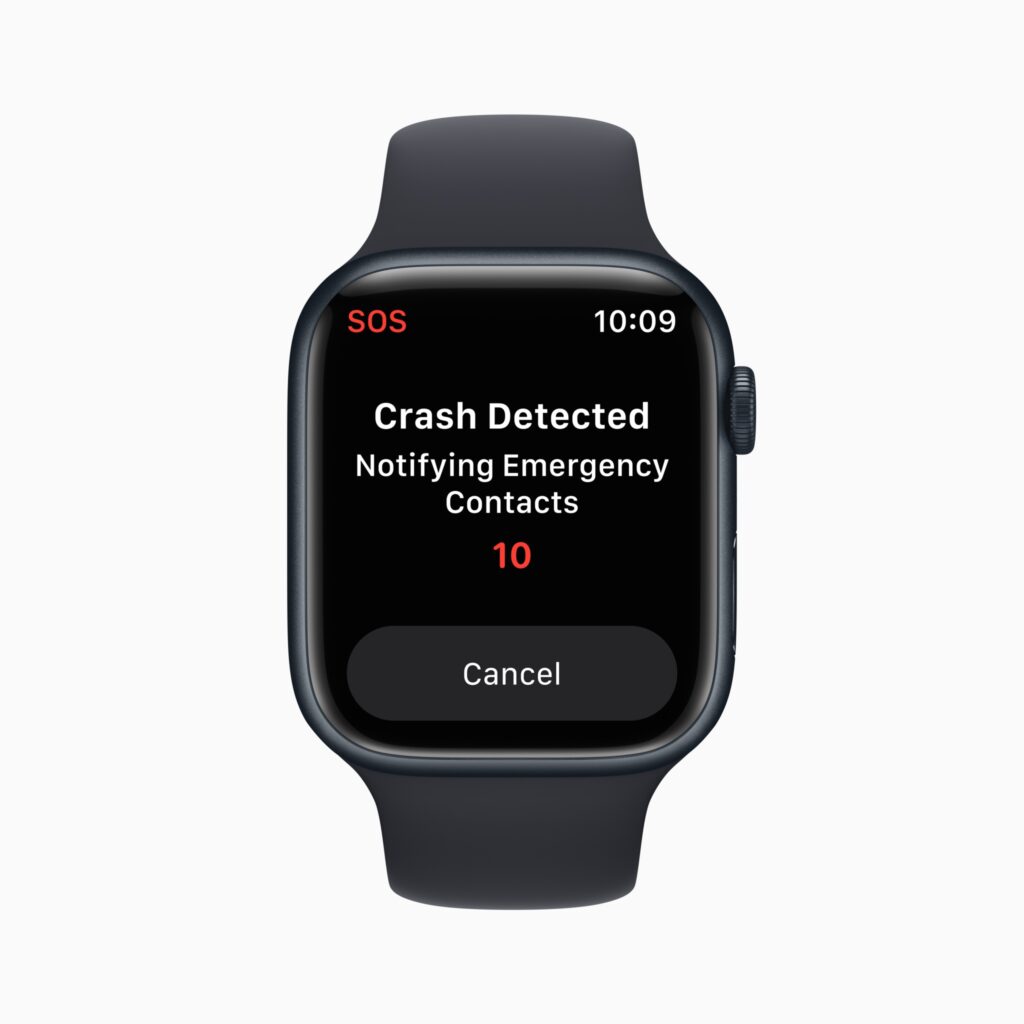 We are huge fans of the fall-detection capabilities of the Apple Watch, but more new sensors in the Apple Watch Series 8 allow it to detect server car crashes. The watch then automatically connects you to emergency services.

The redesign of the compass app offers considerably more information and also allows you to add customizable waypoints and the ability to backtrack your route if you get lost.

All the rest of the features we know (and love)

All these advancements come on a watch that still does all the stuff we’ve come to appreciate with the Apple Watch. There’s a reason its the most popular smartwatch on the planet, and now that smartwatch can track even more of your fitness and health activities.

We’ll continue to play with the Apple Watch Series 8 – look for a more detailed review of it and the new Ultra in our November issue and here online.

The Apple Watch Series 8 is available to order now, with availability beginning on Friday, Sept. 16. Pricing starts at $529.