Home > Feature
Kevin Mackinnon January 31, 2020
Share on Twitter Share on Facebook Share on Email Share on SMS
Who says triathletes can’t ride a bike? Ironman’s premier cyclist, Australia’s Cam Wurf, has just signed with cycling powerhouse Team Ineos! Will we see the first ever brick run after a WorldTour cycling race? (And will Wurf convince his racing partners Chris Froome and Geraint Thomas to join in?)
An Olympic rower before he turned to professional bike racing, Wurf burst on to the world triathlon scene a few years ago, rewriting the Kona bike course record books a couple of times before honing his running skills last year to become an even more potent force in the sport – he ran an impressive 2:50 marathon at Ironman Australia on the way to setting a new course record, then followed up with a top-five finish at the Ironman World Championship.
Wurf has been signed to the Ineos team after the “forced early retirement of Vasil Kiryienka.” (Kirye He’s been a regular training partner of many of the Ineos team, including Chris Froome and Geraint Thomas, and is coached by Ineos head coach Tim Kerrison. He’ll make his debut with the team at the Cadel Evans Great Ocean Road Race on Sunday.
Related: Finding Balance on the Run – Cam Wurf and Patrick Lange
“We’ve tried a number of different approaches to my training and racing over the past few years and I’ve been getting better and faster as a result,” Wurf said in a press release posted on the Ineos website. “This is an evolution of that approach. Since I’ve been competing in Ironman, everyone has started riding a lot faster, but they’re also still running just as fast. This move will allow me to stay on the front foot because the bike is my strongest discipline.” 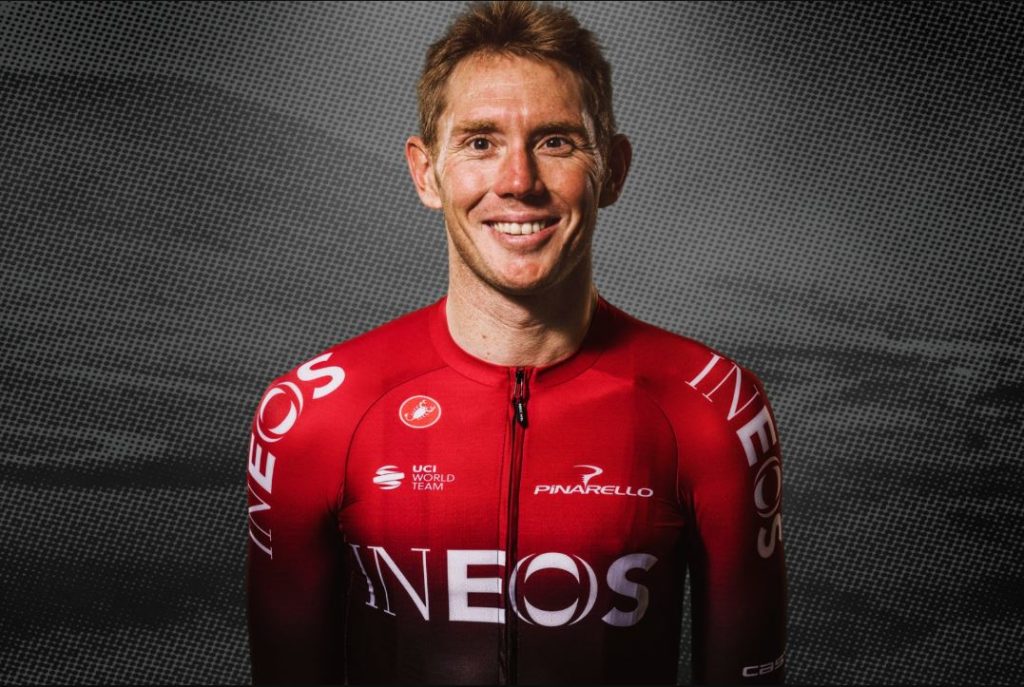 According to the release, Wurf will still be in Kona this fall.
“I’m focused on Kona in October, but there’s also an opportunity to be of use to the team when needed before that,” he said. “I know lots of people in the team and have trained with many of the riders, and I feel like I fit in with the culture here. This is an organisation I’ve dreamt of being part of since it started and it’s amazing to officially pull on the colours. I am really excited and proud to represent Team INEOS.”
Related: Is this Cam Wurf’s year in Kona
Wurf’s coach, Kerrison, points out both that Wurf won’t be giving up on his Ironman career with this move, but also that the 36-year-old brings a lot to the mix when it comes to helping the team.

“Cameron will be joining the team to continue to pursue his Ironman career,” Kerrison said. “The combination of his physical strength and versatility on the bike, his flexible schedule, and past experience racing at WorldTour level makes this an interesting and unique proposition for the team and for Cameron. For the first part of the season he will be always ready and available to race as required, while for the months leading into Kona his focus will shift back to Ironman, with the aim of improving on last year’s fifth place with the full support of the team.”“For the past three years he has been supported by many of our main sponsors – Pinarello, Kask, Castelli, Fizik, and often trained with our riders,” Kerrison continued. “He has developed into one of the top performing and most consistent Ironman triathletes in the world.”