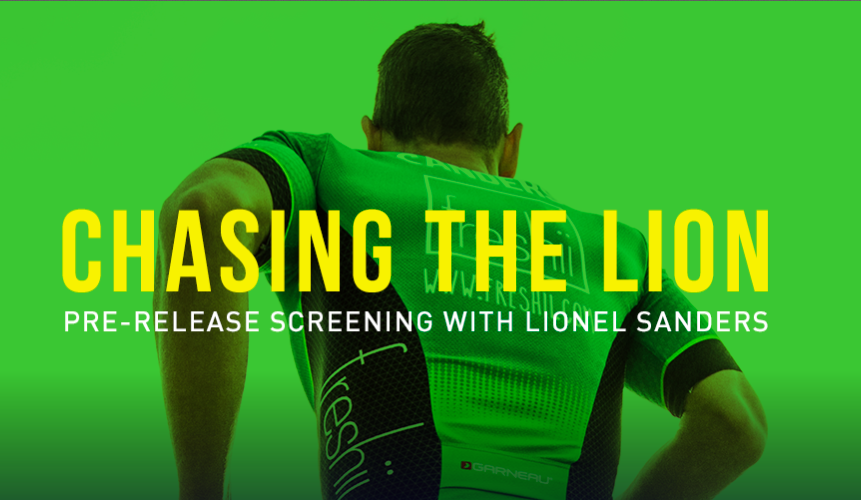 Triathlon Magazine Canada is proud to announce its support of the pre-release screening of Chasing the Lion, the story of Lionel Sanders, at The Royal Cinema in Toronto on February 25th.

In partnership with producers Matthew Johnston and Graham Colby, we will be delivering exclusive spin-offs over the next few weeks in anticipation of the film. With footage gathered from this project from nearly two years, our videos will give a glimpse into what you can expect from the festival cut which tells the interesting story of Sanders, one of the most well-known athletes in triathlon currently. Get the inside look at Sanders’ attempts to perfect his aerodynamics, hear from members of his family about his challenging past and see unique footage from his major races to date. The series will be posted to our website in weeks leading up to the screening.

This first video is a look at Sanders’ quest to improve his swim with coach Gerry Rodrigues.

You can purchase tickets for the pre-release screening with Sanders here and stay up-to-date on the info about the documentary here.

The event is being hosted by producers Matthew Johnston and Graham Colby with support from Freshii, Skechers Performance Canada, Garneau and Triathlon Magazine Canada. Chasing the Lion was produced with funding provided by Bell Media’s BravoFactual program.