When he ran his way to the bronze medal at the ITU World Triathlon Series Montreal in June, Canadians celebrated the first men’s medal performance at a WTS event. As good as that race was, though, it turned out to be a precursor to even bigger things to come. 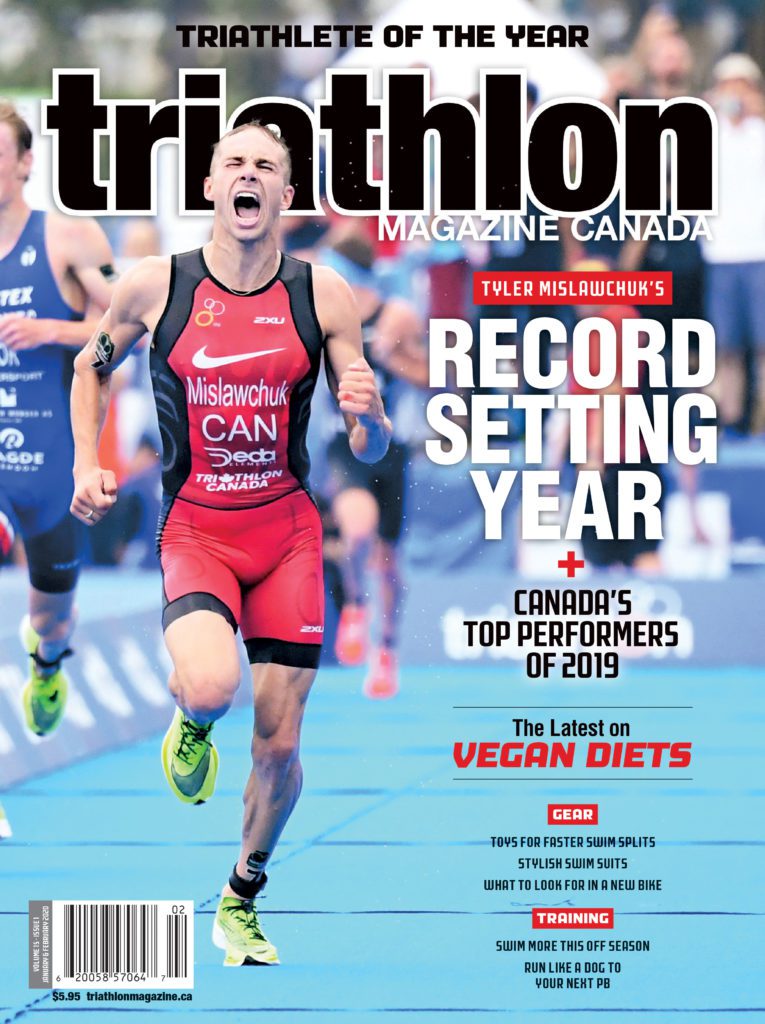 The race in Montreal was truly a sign of just how much Mislawchuk’s confidence and abilities have grown since his 15th place finish at the 2016 Olympics in Rio. Earlier in the year he became the first Canadian in six years to win a world cup race when he won at the Mooloolaba World Cup in Australia. Two weeks before the race in Montreal he won the Huatulco World Cup in Mexico. So, when he found himself running in a pack of seven athletes who would contend for the medals, instead of being psyched out by the talent around him, he was thinking of the win.

“I knew I was there running with the best in the world,” he said after the race. “What pretty crazy is that at the 2.5-km mark I was feeling great and thought I had the race won.”

In the end Jelle Geens would outsprint Mario Mola and Mislawchuk in Montreal, but there was more to come. The 23-year-old from Oak Bluff, Man., put himself in the 2020 Games conversation in August when he surged to the win at the Tokyo Test Event, dropping New Zealand’s Hayden Wilde in the closing stages of the run to take the biggest win of his career.

Always a class act, Mislawchuk was quick to credit his coach, Jono Hall, for the huge day in Montreal. In Tokyo he quickly chimed in about his teammates. In Tokyo Mislawchuk and Matt Sharpe worked together to stay in the lead pack during the swim and bike, setting up the dramatic 10 km run that saw Mislawchuk, Wilde and Finland’s Caper Stornes surge clear of the best in the world.

“I had good legs on the day and need to thank the boys out there for helping me out,” Mislawchuk said after the race. “We worked well as a team and I couldn’t have done it without them.”

What made the Tokyo performance even more impressive was the fact that most of the top Olympic contenders were there, fit and ready to go. Many countries used the event as an Olympic qualifier, so Mislawchuk was taking on a more-than-strong field.

He also proved that he’s ready and capable to deal with the intense heat the athletes are likely to face in Tokyo next year, along with the pressure that comes with getting ready for a big race. The pressure will only intensify as we get closer to next year’s Games, too, but with Rio under his belt and the new-found confidence that he’s showing, Tyler Mislawchuk seems ready to go.

One of the first criteria we’ve always set for our Triathlete of the Year is world championship performances. While Mislawchuk ended up dropping out of the worlds in Lausanne this year, his groundbreaking world cup and WTS racing, along with that Test Event win, give him a very close nod for our 2019 Triathlete of the Year. No mean feat when you consider that our “honourable mention” in this category goes to a man who won his fourth world championship this year, Stefan Daniel. (Why do we have this feeling we might be seeing more on Daniel later this week?)

Check out our entire list of Triathletes of the Year in our January issue of Triathlon Magazine Canada.