The IRONMAN World Championship in Kona is the pinnacle of long course racing. Taking place in October, it is a time of the year when the world’s best triathletes convene on the big island of Hawaii and take part in the most anticipated race of the season.

Now less than two weeks out from Kona, most of the professional athletes are on the island, and the hype is building. Will this be Lionel Sanders year? Can Lucy Charles beat the Queen of Ironman, Daniela Ryf? Will a Kona rookie win? The headlines are endless.

Besides the race headlines and athletes competing, Kona is a time in the year when bike brands reveal their new weapons against the clock. This year appears to be no different, with some of the world’s most well-respected triathlon companies revealing (and hinting) some impressive new bikes.

A trend for the 2019 bikes appears to be disc brakes. The responsive brake system, well-known in the mountain biking, cyclocross and even road racing community, seems to be going full tri.

Seen on the roads of Kona, Specialized’s new Shiv is turning heads. It features disc brakes, a down tube with what appears to be an integrated storage unit, as well as a rear mounted hydration system. The hydration tube runs down the seat tube, over the bottom brack and up the downtube to exit at the handlebars. The new Shiv also includes a central stack adjustment system similar to the Cervelo P5X and an unusual fork, much like the Willier Twin Blade.

Rumours are swirling around the Pinarello tri bike. Based on Pinarello’s teaser posts it seems to be based on the Bolide, Team Sky’s time trial bike, the same bike that the British pro cycling team used to great effect to  win the Giro d’Italia (Chris Froome) and Tour de France (Geraint Thomas) this year. Based on the shadows, the bike appears to have disc brakes and what seems to be an integrated bento box and downtube storage system of some sort. 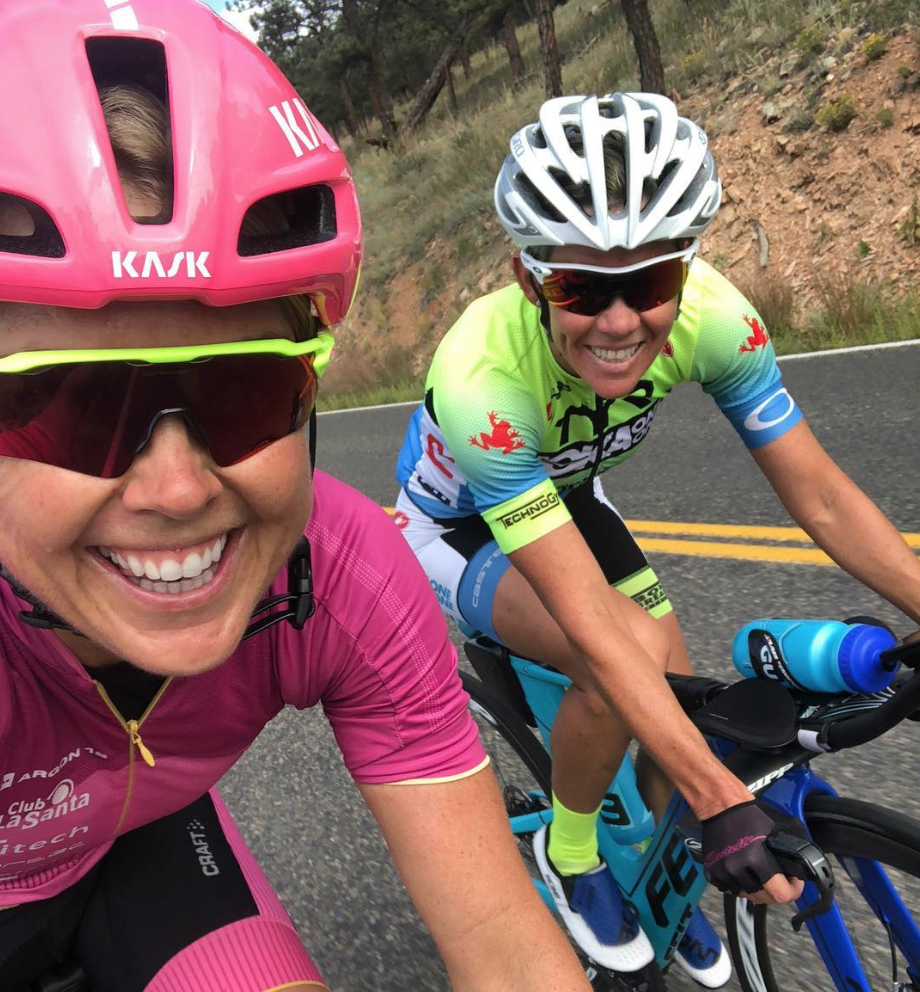 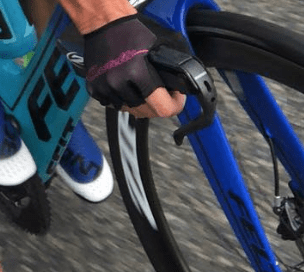 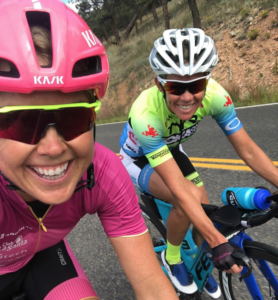 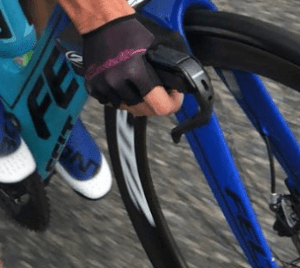 If you look closely, you can make out a disc brake system on Mirinda Carfrae’s IA series Felt. Since there is currently no disc brake tri bike in Felt’s line up, it’s safe to say a new bike is coming. From what little can be seen of the bike in the photos, it appears very similar to the current IA, aside from the switch to disc brakes. Assuming this is a new bike to be revealed at Kona, one would assume Daniela Ryf, the current 70.3 and defending Ironman world champion, will be on the same model.

The triathlete friendly P series from Cervélo appears to be branching out with the P-X series. On Cervélo’s website, there’s a new landing page for the P-X series, which would suggest a new line of P-X bikes to be revealed at some point. Earlier this year, the 2019 P5X was seen blowing by the competition with its bright neon green design. What big news will Cervelo be revealing in Kona before the big dance?