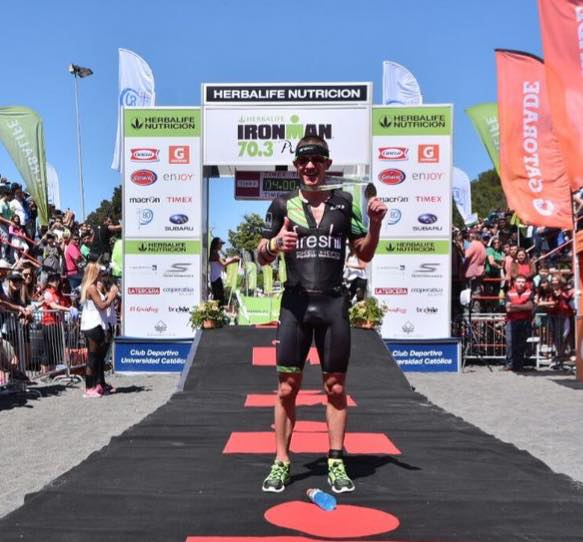 Lionel Sanders won his season opener race on Sunday at Ironman 70.3 Pucon in Chile, taking the win in 4:00:07 with almost six minutes on the runner-up. Sanders proved he has made major gain in the swim recently, coming out of the water in 28:20 right around a lead chase pack that included American Jesse Thomas. He demolished the bike in 2:09:23 and followed it up with a 1:16:37 half marathon — both splits were the fastest of the day in the men’s pro field. This was the first 70.3 race for a Canadian pro in 2017 and the start of a season focused on the half distance for Sanders.

There was a huge crowd cheering athletes down the finishing chute at the race yesterday, as seen in the video above.

“Had a fantastic time in this beautiful town, Pucon,” Sanders said on social media after the race. “What a great event! Te amo Chile!”

On the women’s side, ITU star Barbara Riveros, the favourite heading into the race, won with a time of 4:32:08. She was followed by Alicia Kaye in second.