If you’ve been to Hawaii’s Big Island, you’ve seen Mauna Kea – the imposing mountain that serves as a backdrop as athletes ride down the Queen K highway during the Ironman World Championship. Canadian Charles Ouimet recently shared a video of his ride up Mauna Kea on his YouTube channel and Triathlon Magazine Canada contributor Antoine Jolicoeur Desroches caught up with him to talk about his adventure.

Antoine Jolicoeur Desroches: Hi Charles, today you’re sharing a movie called Ocean to Heaven on your YouTube channel. How did you come up with the idea of challenging yourself to ride the famous Mauna Kea road by bike?

Charles Ouimet: It all started because my girlfriend wanted to do a bike-backpack trip to Hawaii and I remembered a video from “Vegan Cyclist” who had created this route and made a documentary The Impossible Route. And I’m told how impossible The Impossible Road  really is. So I wrote to Tyler (“Vegan Cyclist”) and he gave me advice and mentioned that in two years no one else had done the climb by bike. That’s what was really interesting, because I would have been the third person to complete the ascent.

Can you give us details about this ascent (distance, elevation, type of road…)?

What was the most difficult part of the ascent? Is it the altitude, the total distance, the difference in altitude…?

You started your YouTube channel in 2020 and in a short time you have created and shared nearly 170 videos and now have more than 17,000 subscribers! Why did you decide to start a YouTube channel and what do you think are the reasons for its success?

I’ve always enjoyed watching YouTube videos and when the pandemic started, my photography contracts were on hiatus. So instead of waiting for it to start again I decided to launch my channel. I really discovered a passion for sharing my adventures, experiences and knowledge about cycling. I believe one reason for this success is hard and constant work. Every week I released one or two videos. Being consistent is really the key. 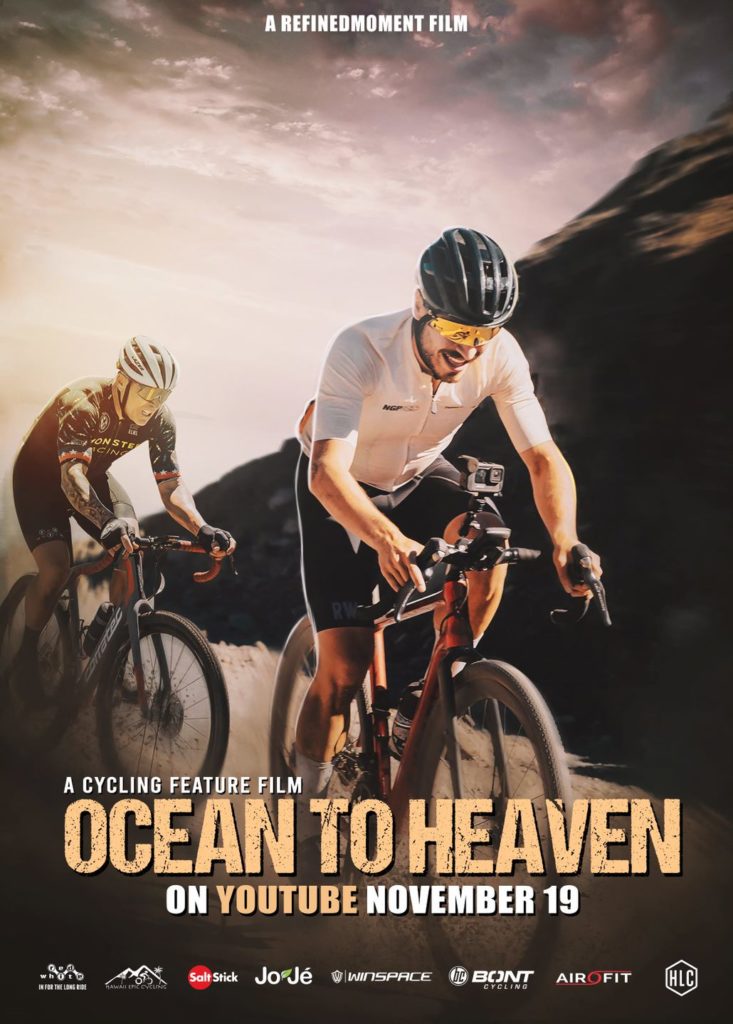 In addition to being a YouTuber, you are a very good cyclist, despite the fact that you started cycling recently. What do you think has allowed you to progress quickly and what advice would you give to a beginner?

Cycling is a bit like everything, you have to put the hours; there are no “short-cuts” to success. It was still a rapid progression for me. I think it’s because of my background – I did longboard competitions for several years and I did speed skating, so it’s really two sports that prepared me physically and tactically for cycling.

So my sporting background allowed me to progress quickly, as well as working hard and  well.

Finally, do you have any advice for readers to train and progress on the bike during the winter while having fun?

For my part, what allows me to keep the motivation during the winter are the races on  Zwift. I don’t do a lot of structured training and I don’t do a lot of intervals on my own in my basement. I rather do outings on Zwift with friends. I also do LiveStream on YouTube, which gives me a lot of motivation when I do a race on  Zwift or when I do a test. So keeping a community aspect is what allows me to progress in the winter because it’s really not easy.

Thank you very much for your time and congratulations on your film.

Thanks to you, the film is now available on YouTube and feel free to watch and share it. We hope it will motivate many people to get out of their comfort zone and do similar crazy challenges.