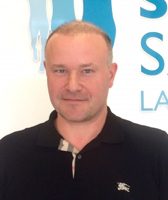 This morning, Ironman confirmed that an athlete had died after’s Sunday event. CBC News has revealed that the athlete is Jean-Francois Chalifour, a well-known lung specialist who worked in the Laurentians.

According to sources on site at the race, Chalifour collapsed around the 6-km mark and was taken to the hospital where he later died of his injuries.

The cause of death has not been confirmed by Ironman.

Chailfour worked at various healthcare institutions across the Laurentians since at least 2002, including Hotel-Dieu Hospital in Saint-Jérôme, and the CISSS des Laurentides. He is survived by his wife and young daughter.