We’re now a week out from the start of triathlon at Rio with the men’s race on August 18th and the women’s on August 20th. None of Canada’s five Olympic-bound triathletes have arrived in Rio yet, but some of their hometowns have been sharing their support for their athletes with signs of encouragement ahead of their races.

Tyler Mislawchuk’s hometown of Oak Bluff, Manitoba has shown tremendous support for their 21-year-old Olympian who is the youngest member of the Olympic triathlon team and the top-ranked Canadian. Oak Bluff is the largest community within a 50 miles radius of Winnipeg. Fans regularly post to his Facebook fan page with messages of support. 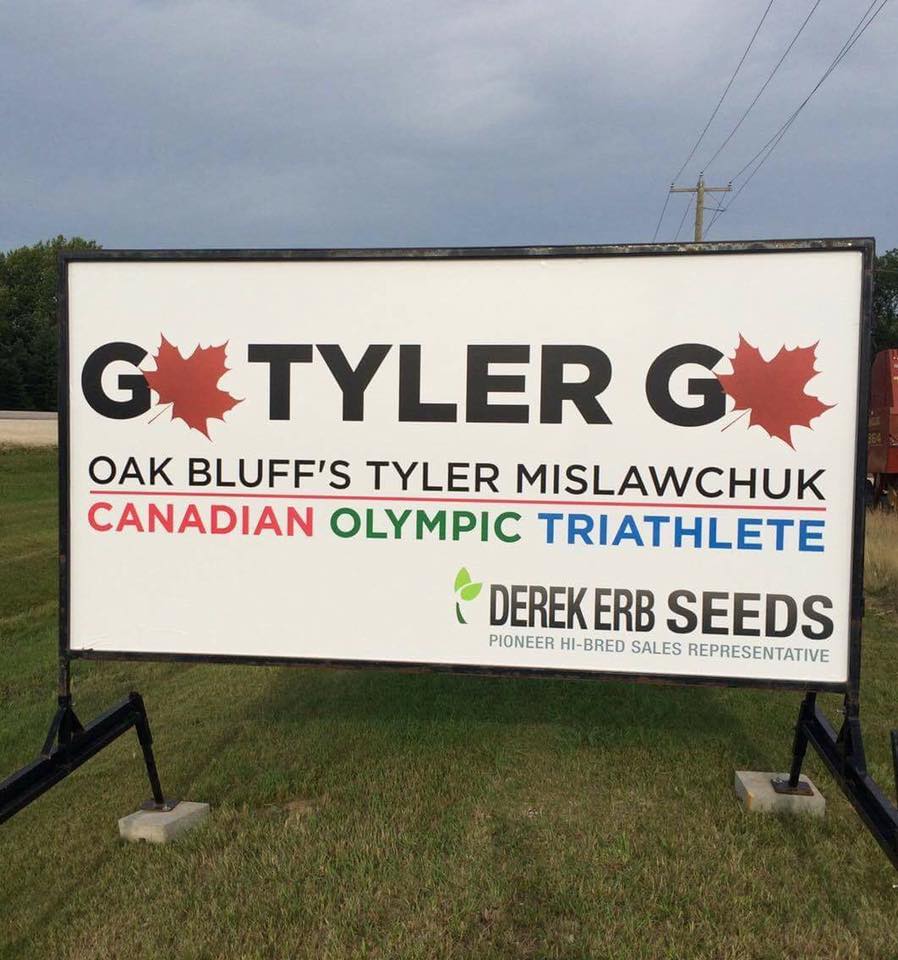 Andrew Yorke is one of Canada’s few elite triathletes who spends the majority of his year in his hometown, training. The 27-year-old grew up in Caledon, Ontario and has been surrounded by support from the large triathlon community in the area (including the C3 Cross Training Club and the Regional Training Centre in Guelph, Ontario).

Thanks for the love #Caledon !! This will be come with me to the beach! pic.twitter.com/jKqolSMGvC

Over the last month, thousands of people stopped in to sign Andrew Yorke’s Town of Caledon Flag. Andrew will be carrying his flag into the Olympic Village with support from his training partners and supporters back home.

TMC will be doing coverage of the Rio triathlons on their respective days. Follow the website and our social media channels for updates and more pre-race coverage.