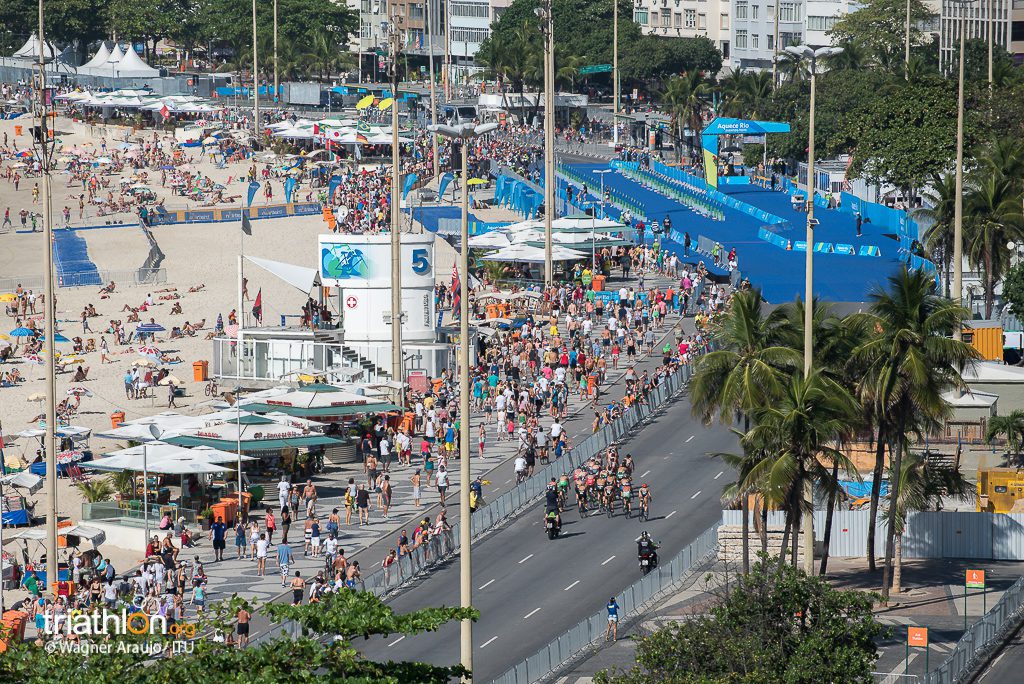 In two days we’ll see 55 of the world’s fastest men in short course triathlon take on choppy waters and hilly roads in Rio de Janeiro in a race that will be as challenging as it is exciting to watch.

What can we expect to see in the men’s race? Here are some of our predictions based on the individual strengths of the competitors toeing the start line.

Slovakia’s Richard Varga is currently the fastest ITU swimmer on the circuit, clocking an impressive 16:56 for the 1,500 m swim at the London 2012 Games. While he’s not necessarily a medal contender, we can expect to see him first out of the water (or very close thereafter), leading a strong group of men into T1.

South Africa’s Henri Schoeman will be up there as well, having clocked the fastest swim split at the Rio test event last year (17:47). Shoeman is another athlete who comfortably makes the top 10 overall at WTS races, indicating he can hold his own on the bike and run but relies on his swim to give him an edge at the race’s start.

Canada’s own Tyler Mislawchuk is one of the fastest swimmers in ITU racing as well. The 21-year-old is usually in the lead pack coming out of the water and since he’ll be familiar with the course from last year’s test event, we should expect to see him in a good position coming into T1 on Thursday.

South Africa’s Richard Murray is healing from a broken collarbone so hasn’t been able to put in the swim prep he would have liked to leading into the Olympics. While he’s been pegged as a medal contender for this race, we may see him suffering a bit on the swim which could impact his performance (though, if his recent performance at WTS Hamburg is any indication, he appears to be in better shape than we’d expect coming off that sort of injury).

For super runners like Spain’s Mario Mola and Fernando Alarza, the swim is where they’ll struggle most but need to get in a solid position so that they can use their blazing fast running to truly make a mark on the race.

This week’s Olympic open water swim marathons have taken place in the same waters as triathlon (Copacabana). We’ve seen the waters choppier than usual for an ITU race, which will only lead to a more exciting race for spectators.

The 41.6 km bike course has two challenging hills that awaits triathletes each time they make a lap on the eight-lap course. The course favours those with the best climbing and bike handling skills, as there are also some very technical turns to keep things interesting.

Richard Murray is a fantastic cyclist on these type of courses so if he’s able to make the front pack on the swim, we can expect him to really make waves in the race on the bike. This will also be the point in the race where we can expect to see other medal contenders like Alistair and Jonathan Brownlee fight for the lead pack and begin to make their takeover before the run.

France’s Vincent Luis came fourth at the test event — this was largely due to him posting one of the fastest bike splits of the race along with Alistair Brownlee and Australia’s Aaron Royle. Keep an eye on these three out on the bike, as well as the Luis’s countryman Dorian Coninx and Russia’s Igor Polyanskiy who both were top cyclists last year.

Canada’s Andrew Yorke is another strong cyclist who has been out crushing hills in his Rio-prep and if he can make it out of the swim in a good enough position, will be able to do some damage on the bike.

If it’s true that the triathlon is won on the run (and it usually is), it will be an exciting foot race between the best of the best for the finish line. The run course is flat, so we’ll see some fast splits over the four loops of the 10K course.

Here is where the Spanish men Mario Mola and Fernando Alarza will really shine. Without Javier Gomez in the race, it’s still likely we’ll see a Spaniard on the men’s podium.

The fastest run split at the test event belongs to Richard Murray, which is yet another reason why South Africa could earn its first Olympic triathlon medal on Thursday.

Other talented runners to watch for are Russia’s Dmitry Polyanskiy and Portugal’s Joao Silva. Both of these men have consistent top run splits in WTS races and seem to thrive in the 10K race especially.

While the Brownlees have thrived on the run in the past, their test event run splits were nothing spectacular last year and Alistair recently had ankle surgery to fix a problem that has hindered his running since after the London Games. Based on their podiums at the recent WTS Leeds, he and Jonathan appear to be in good form on the run heading into Thursday’s race and are hungry to repeat as Olympic medallists in Rio.