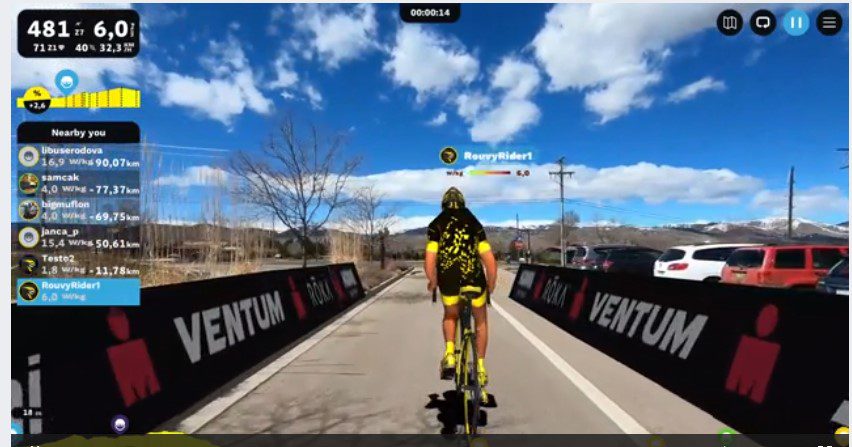 Even when people aren’t putting down weights they haven’t seen since high school to improve their power-to-weight ratios, athletes have been coming up with imaginative ways to improve their times during the Ironman VR races the company launched in April.

During a press briefing last week, Ironman CEO Andrew Messick described how one athlete managed to post a stellar bike time during one Ironman VR race.

“They started their ride at an altitude of 2,700 m, then did the entire 40 km downhill,” Messick said. “Based on the current format, that athlete broke no rules.”

Messick feels that it’s important, though, to revamp the Ironman VR program, to ensure that athletes can’t bend the rules or outright cheat for better performances. That will be even more important if Ironman looks to use the VR races as a qualifying opportunity for events like the Ironman 70.3 World Championship, as was originally outlined with the VR program was announced.

“We have to put in reasonable safeguards,” he said. “Our Ironman o’hana (family) have to believe its fair.”

With that in mind Messick outlined some of the new rules and standards Ironman is looking to put in place to ensure Ironman VR events offer less opportunity to enhance performance:

There will no-doubt need to be other safeguards put in place before Ironman would be ready to recognize the Ironman VR races as being truly competitive, but the above measures will certainly be a start.