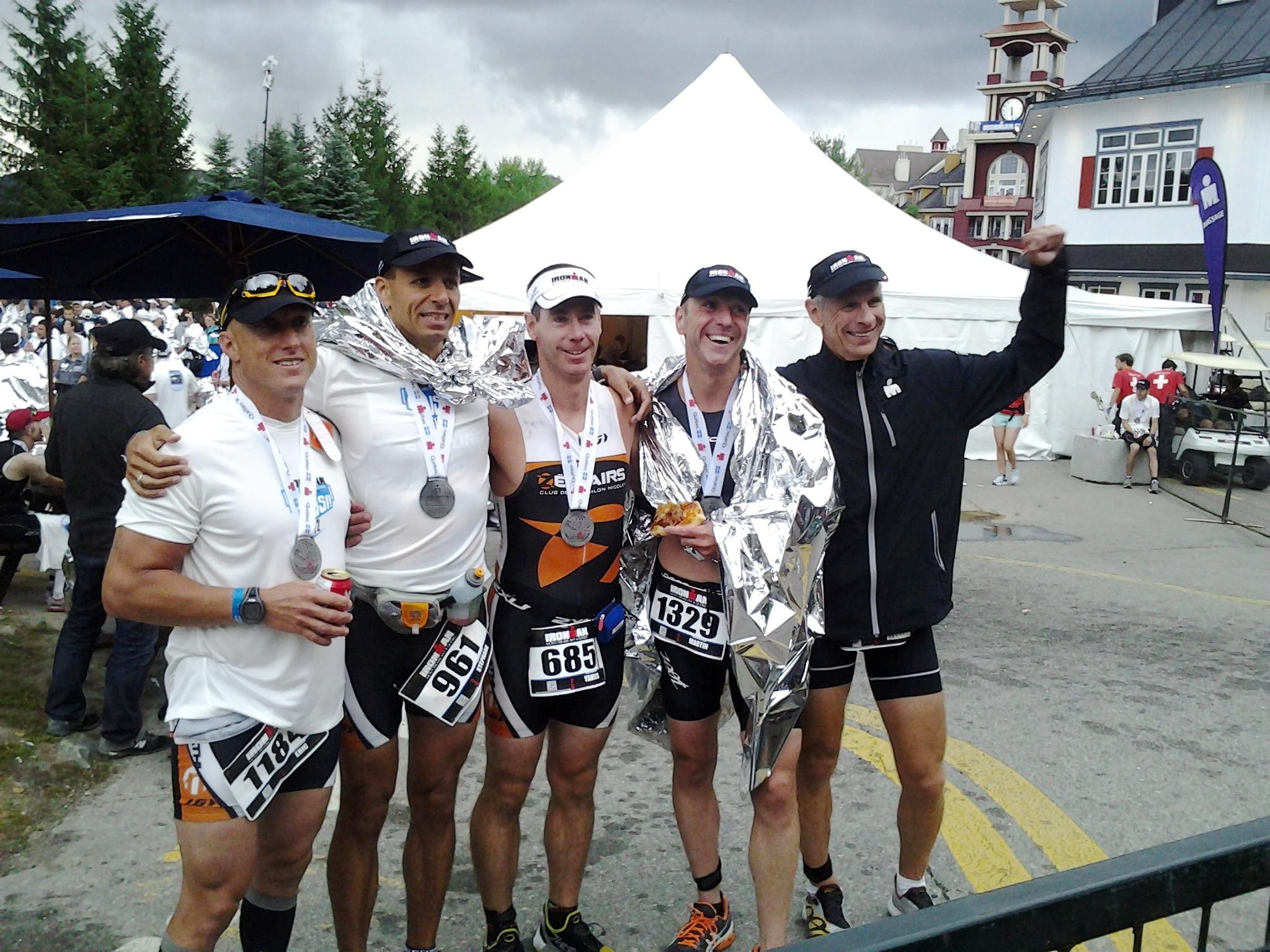 The start line at Kona is a pretty remarkable place.You’re surrounded by hundreds of the best long distance triathletes in the world. Everybody there has a story to tell, and obstacles to overcome.

Bernard Vallee is no different. When he takes to the water next weekend, it will be the culmination of more than 20 years in the sport. It will also be a huge personal victory over a health issue that threatened his participation in the sport.

“I’ve been dealing with a heart condition. With rare, but occasional episodes where the heart goes out of rhythm. It impairs your performance and quality of life.” says Vallee.

Vallee, 60, from Nicolet, Que., competed in his first triathlon in 1996. The sport was still in its infancy, but it would go on to play a huge role in his life.

Vallee entered that first sprint-distance race with a reasonable background in running, but his main goal was just to see if he could finish. He did, and as the sport progressed, so too did the challenges that Vallee and his friends from Les Zéclairs triathlon club, set for themselves.

He began racing longer distance events and in 2008, Vallee completed his first full-distance race. Over the next few years, he competed in several Ironman races, including Mont-Tremblant twice, France, and Lake Placid. Vallee has come close to qualifying for the World Championships on a couple of occasions, missing out by just a few places at Mont-Tremblant in 2008 and 2012.

The challenge was made even harder when he began suffering from episodes of rapid and irregular heartbeats.

“You become out of breath very quickly, and feel the palpitations in your chest.” says Vallee. “The first time I was very scared. I thought I was dying.”

Vallee was diagnosed with atrial fibrillation (AF). The condition is caused when the electrical signals telling the heart to contract, are sent in an uncoordinated way.

AF results in heart palpitations, shortness of breath and, in athletes, an inability to sustain high levels of activity. While endurance exercise is generally good for the heart, there are a number of studies that suggest it increases the risk of an irregular heartbeat.

Leading into 2017, Vallee was experiencing increasingly frequent AF episodes. At times he would need cardioversion, when the heart is given a controlled electric shock to restore a regular rhythm. Armed with the diagnosis, Vallee at least knew what he was dealing with. But training at times proved difficult, as there is no telling when an attack will happen.

Vallee would not consider stepping away from the sport, saying, “Being a triathlete is a way of life. It is a big part of how we define ourselves. But a situation like that reshuffles the deck of cards.”

Vallee entered a new age-group in 2017 and targeted Ironman Lake Placid in July. Being the youngest in an age-group can be a big advantage, and he took the opportunity, winning by about two minutes.

But just a few weeks later, Vallee was in hospital. In an attempt to find a more permanent solution for his AF, he underwent an ablation. This is a procedure that uses heat to break the abnormal circuits in the heart and destroy areas of the heart causing the problems.

So far, the operation seems to have been a success for Vallee, but it has taken a big dent out of his Kona preparations. The recovery takes time, and he had to avoid any high-intensity training for a sustained period. Rather than “going to war” as he puts it, he will have revised goals for the race.

“The procedure was very recent, I know that I cannot use my full potential. Completing the triathlon is a challenge in itself with the heat and the wind.” says Vallee.

Vallee will travel down this week, with his wife, and a fellow qualifier from the club. The pair are the first from Les Zéclairs to compete at Kona.

While Vallee might be disappointed not to be able to push to his full ability, just getting to the finish will be a remarkable achievement.