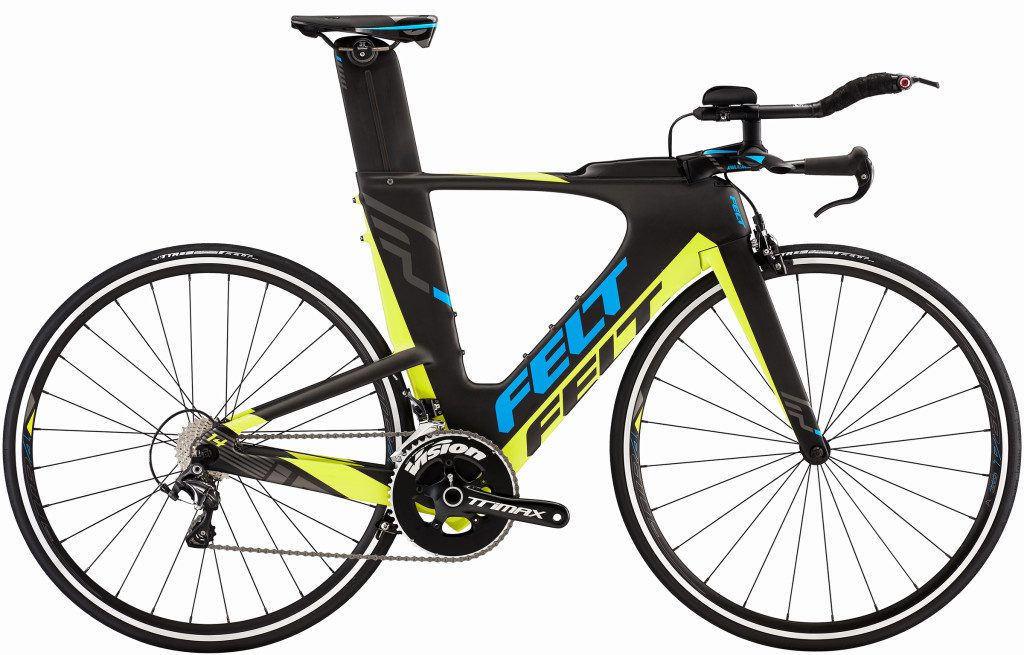 Three years ago, lots of people attributed Mirinda Carfrae’s Ironman World Championship win to her amazing 2:50 marathon split. What many people don’t realize though, is that were it not for an impressive effort on the bike, Carfrae wouldn’t have won that race.

After losing four minutes to the women’s leaders on the swim, Carfrae found herself chasing one of the strongest lead groups we’d ever seen in the women’s race in Kona: Caroline Steffen, Meredith Kessler, Jodie Swallow, Michelle Vesterby and Rachel Joyce. Joyce would eventually pull away from the group to lead the way off the bike, but in the end Carfrae only lost four minutes to the super-bikers ahead of her.

After the race Carfrae attributed much of that impressive bike performance to her new ride hat year — Felt’s new IA. While the bike didn’t make all the difference (you don’t win Kona three times if you aren’t an incredible athlete), it certainly helped Carfrae that day. And it also served notice to the triathlon world that Felt was, once again, leading the way in Kona.

Jim Felt started building bikes in the late ’80s. In 1991 Paula Newby-Fraser win the Ironman World Championship on a Felt — she still feels that aluminum frame was one of the fastest she ever rode. Felt was revolutionary in the triathlon bike world because he focused on the rider’s position first and foremost, capitalizing on the aero advantages made possible because of aero bars.

Felt Bicycles has come a long way since then, but the IA frame hearkens back to those early days, just in a way more aerodynamic package. While fitting yourself on a smilier bike to Carfrae’s will set you back about $18,000 (the top-end IA FRD), you don’t have to spend any where near that much to get a very competitive and speedy bike. We had a chance to take the IA 14 for a spin and were more than a little impressed.

It all starts with the IA frame. Made with UHC Performance carbon fibre, it offers lots of performance characteristics to go along with the wind-cheating design. Just leaning against a wall this bike looks fast thanks to the huge, aero tubes that just seem ready to slice through the wind. The rear dropouts are so low that the guys riding behind me during my test rides kept freaking out about how much of the rear wheel they could see.

In keeping with Jim Felt’s obsession with position, the IA offers an extremely adjustable and aerodynamic handlebar and aero bar system, which is one of the biggest selling factors of this bike. The Profile bayonet base bar is both simple and extremely aerodynamic, while the extensions with bar end shifters sit well up above the base bar in keeping with the latest trends in aero positioning. In keeping with the simple, but effective approach that’s been typical of Felt bikes for over 25 years, the bayonet bar uses simple rubber grips for your hands (Felt Tri Tip Grips and Dimpled Gel Pads), which are both comfortable and functional. The IA 14 comes equipped with Shimano’s Ultegra components which offer crisp, reliable shifting and performance. There’s a hidden FSA brake down by the bottom bracket and an aero Vision Tri Max front brake to help cheat the wind, too. Rounding out the package is a basic Felt wheelset.

Pretty much as soon as you get on the IA 14 you feel the advantages of the design. You’d have to work hard to not get yourself into an aggressive, aero position on this bike. While this bike is geared for performance, it remains a very smooth ride. Even though this isn’t a bike designed for major climbing, getting out of the saddle and pounding on the pedals to get up a steep hill provides a nice reminder of just how stiff the bottom bracket is and just how much of your energy is gong to go into moving you forward.

There’s very little that you won’t like about the IA 14. As with virtually all bikes that feature a hidden rear brake, braking power isn’t nearly what you’d find on a road frame. Since the majority of triathlon races don’t require dramatic brake performance, that’s probably not going to be an issue for most. You’ll also want to make sure that you’re fit properly on the IA — it’s very easy to find yourself riding with a lot of weight on the front end, which can make for a bit of a “twitchy” ride. If you’re serious about your times you’ll want to throw on some deep rich race wheels (and a disc, when you can) to get the most out of this bike.

Once you’re fit properly on the IA 14 and throw those race wheel on, though, you’re not going to have any excuses when it comes to your bike split. This is a bike that channels all the best of Felt’s impressive history on Hawaii’s Big Island and can help you go plenty fast, too.