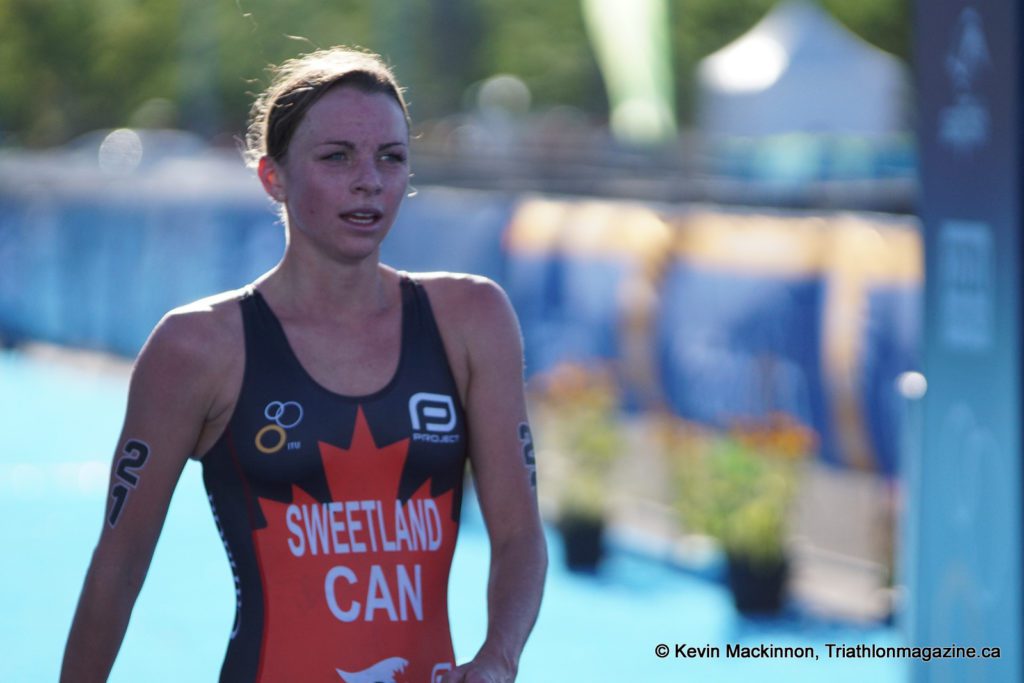 Canada’s Kirsten Sweetland placed 41st in the Rio triathlon this morning and though it’s not the finish she was hoping for, the 27-year-old is proud to have even made it to the Olympics after two years of extreme health issues have set her back time and time again.

This little tike is going to RIO!!! I'm so excited to be able to share the news with you all! It's been one heck of a time getting this far but I couldn't be happier!! Thank you to all my sponsors, family, friends and community. I couldn't do it without you! 🙏🏼 #thirdtimesacharm #finally #roadtoRio #rio2016 #teamcanada #olympics

“I didn’t know if I was even going to make the team earlier this year,” she said after the race. “I’m obviously disappointed. I would have liked a better result, but I’m just happy I put it all out there and did my best,” said Sweetland. “Our sport is not easy. I was just praying I’d make it through the bike course today. That was the biggest hurdle for me. I did get dropped from the front pack on the first hill and then caught up. I gave everything I had to stay in contact. When I got to the run, I just became focused on finishing and I gave it everything I had to the end.”

After this morning’s race, Sweetland confirmed over social media that the most recent of her struggles have come down to late-stage Lyme disease, which she was diagnosed with after WTS Yokohama in May.

“I’ve kept quiet because I didn’t want it to define my Games experience in anyone else’s eyes, or my own” Sweetland explains in her post. “We now know that I have late-stage Lyme disease. I’m so proud to have made it this far under such circumstances and couldn’t have done it without the amazing doctors I was able to work with… I’m not accepting this as a sentence, just another setback.”

It's crazy to think that my love of the forest is what's caused me so much harm! While it is widely known that I have been suffering from illness the last 2 seasons, a clear diagnosis was yet to be made beyond bits and pieces. After much testing we were finally able to reach a diagnosis from a test done after our final Olympic selection event in Yokohama this year. I've kept quiet because I didn't want it to define my Games experience in anyone else's eyes, or my own. We now know that I have late stage Lyme disease. I'm so proud to have made it this far under such circumstances and couldn't have done so without the amazing doctors I was able to work with thanks to my title sponsor and moral support from those closest to me. Now, after a little fun of course, I will return home to start proper treatment and start trekking that road back to a strong, healthy Kiki! I'm not accepting this as a sentence, just another setback. And we all know I'm good at those 😉 I hope that in the future I can be an example for those with Lyme disease that it doesn't have to define you or stop you from living your best life and reaching your goals! Thanks again everyone for the tremendous support and congrats to all of the Olympians from around the world!! What a special experience!! Now for the fun! #lyme #lymediseaseawareness