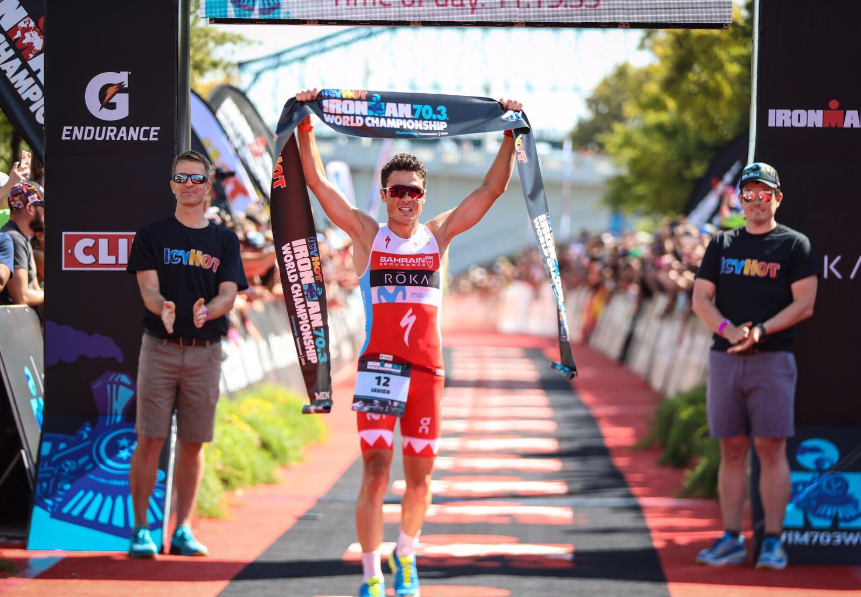 The men’s race at the Ironman 70.3 World Championship today was exciting from start to finish, with no clear winner early on. Twenty-four year old American Ben Kanute, who made his 70.3 debut this year, led the race out of the water and onto the run. Meanwhile, a host of established long course athletes made their way up through the bike and run, changing positions among themselves and making it unclear who would round out the podium. Eventually, pre-race favourite Javier Gomez overtook them all and passed Kanute in the final mile of the run to take his second even Ironman 70.3 World Championship. The Spaniard ran a remarkable 1:10 half marathon — the fastest of the day by minutes — to seal the deal. Kanute took second while Ironman world record holder Tim Don took third.

You can check out the full results of the pro race here. Stay tuned for top Canadian results.